The Lagos-Ibadan expressway is on standstill, after two tankers carrying Premium Motor Spirit, collided with each other in the early hours of today.

The Lagos State fire service is already on ground to salvage the situation.

However, movement of motorists coming inward and outward Lagos had to be out on hold as the PMS (fuel) had spilled over the roads.

Those commuting out of Lagos were diverted at the Kara-end of the expressway to continue their journeys. 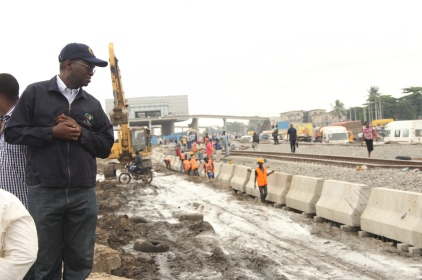 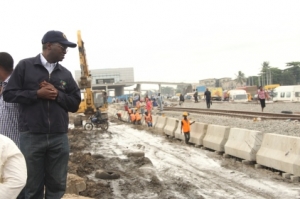 Lagos State Governor, Mr. Babatunde Fashola (SAN), on Sunday July 6, inspected the traffic congestion points at the Mile 2 under bridge of the Lagos–Badagry Expressway and Creek Road in Apapa.

For weeks, residents of the areas have complained to the Government over the pains of obstruction and traffic congestion on the roads, which have been caused by the combination of continuous trading on the road, dumping of refuse in the drainage and fuel tankers who are seeking to load fuel from the tank farms in the area.

In his reply to questions from newsmen after the inspection of Creek Road, which has been taken over by the fuel tankers, Fashola said that Government was prepared to wait for a week, as promised by the operators, to organize the parking of their tankers in a way that traffic could move on the road.

Fashola also said that owners of the oil companies that have tank farms in Apapa would visit the area in the course of the week as a group “to see for themselves how they make profit and the cost of that profit on ordinary citizens”.

At the Mile 2 stopover, the Governor identified the main cause of the Mile 2 problem to be the undergoing expansion of the road which contractors have to work on while people use the road.

He noted that it would have been easier for Government to shut down the road for 2 months while work was going on, but this was not possible. “So this is part of what causes the inconvenience, we have to build while citizens use the roads”, he explained.

He, however, appealed to the citizens and residents not to contribute to the problem by trading on the road but to restrain themselves by doing things the proper way and to also bear with the Government over the inconveniences they suffer.

He assured the people that some of the tanker operators have promised to leave one lane free on Creek Road to allow traffic to move within the area.

Members of NUPENG, some residents of Apapa and a representative of the tank farm operators also met the team at Apapa. 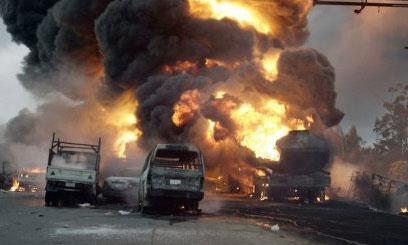 Two petrol tankers exploded in Kano, North West Nigeria, on Monday resulting in the death of at least 4 occupants of the vehicles.

The explosion according to eyewitnesses, occurred at about 6am after two petrol tankers collided, resulting in panic on BUK Road in the ancient city.

The eyewitnesses told Channels Television that people in the environ erroneously attributed the explosion to a bomb planted by the Boko Haram insurgents  which caused a stampede. Several people sustained injuries from the stampede.

Motorists were also seen re-routing to alternative roads to avoid being caught in the presumed violence.

However, state fire service officials debunked the eyewitnesses’ claim on the casualty figure, stating that only one person died in the incident. The officials also stated that the blaze had been brought under control and the road reopened for normal activities. 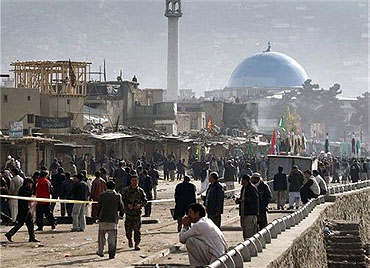