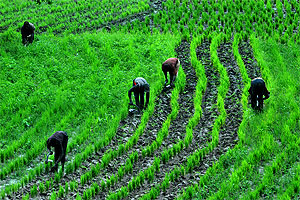 The Agriculture and Rural Management Training Institute (ARMTI) has given a N4 million naira loan to 4 farming communities via its newly launched Rural Development Initiative.

According to ARMTI, the initiative is designed to put to rest issues of empowerment of the people at the grassroots as well as enhance agriculture in the rural areas.

The initiative which takes off in four communities in Ifelodun and Ilorin south local government areas of Kwara state takes into cognizance the peculiarities of the people of the four towns namely Falokun-oja, Fufu, Elerinijare Ibobo and Idofian which are predominantly agrarian communities.

The acting Director General of the institute, Mr Samuel Afolayan said the initiative will empower the rural communities and improve food security and production.

Kwara state governor, Abdulfatah Ahmed represented by the State Commissioner for Agriculture and Natural Resources, Mr Bode Olayemi noted that the state government will continue to work with all stakeholders to key into programmes like the Rural Development Initiative.

About 160 farmers are expected to benefit from a N4 million loan given to the four communities across two local governments. 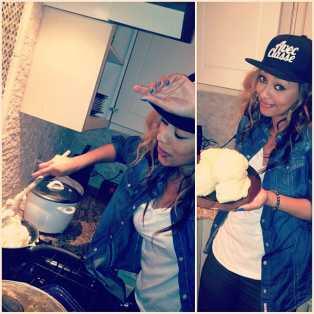 American RnB singer, Keri Hilson has once again demonstrated her love for Nigeria.

The 30 year old singer who was born in Georgia town of the United States of America on Sunday prepared Fufu, a Nigerian dish and took to Instagram (an online photo-shraing platform) to share pictures with her fans.

Keri, whose instagram handle is dreamincolor posted a picture of herself stirring a pot of fufu and another showing the food served.

“Making fufu is a reaaal workout! gotta put your back into it!” She said.

The star has since been trending on Twitter, a mini-blogging platform online.

Keri Hilson has visited Nigeria twice and has publicly declared her admiration for Nigerian music including D’banj’s ‘Oliver Twist’ and Flavour’s song, ‘Ashawo.’