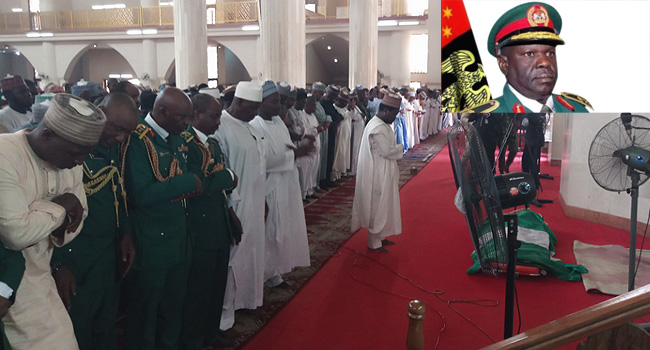 The Chief of Army Staff, LT Gen Tukur Buratai has led Senior Officers and other dignitaries to the burial of the murdered General, Idris Alkali.

The Army held the Jana-Iza prayers for the late General at the National Mosque in Abuja.

The body of the General was found on October 31, 2018, after he was declared missing since September 3, 2018, on his way from Abuja to Bauchi en route Jos.