The Chief of Defense Staff, General Gabriel Olonishakin has met with the Chiefs of Army, Airforce and Naval staff at the Headquarters of the Theatre Command Operation Lafiya Dole Maiduguri in continuation of the routine operational visit.

At the meeting, General Olonishakin commended Operation Lafiya Dole troops for their gallant defeat of rampaging insurgents in Baga and environs.

Last week a similar meeting held at the Headquarters of the Air Taskforce in Maiduguri.

Since the previous meeting, attacks had occurred spontaneously in various part of the Northeast some of which include Kareto, Katarko, Baga, Monguno, and Barma among others.

READ ALSO: Buhari Gives Order For Flags To Fly At Half-Mast In Honour Of Shagari

The Army has said it will coordinate a relocation operation for residents of Baga following in view of the ongoing military operations in the area.

According to a statement by Colonel Onyema Nwachukwu, the relocation operation is to be out in conjunction with the Borno state government.

The army said it has been observed that some “unscrupulous” individuals with likely sinister motives within and outside Borno State are trying to create panic and unnecessary humanitarian problems for undisclosed reasons.

“It has come to our attention that these people are plotting to instigate the inhabitants of Bama, Dikwa and Monguno communities to abandon their communities and relocate to Internally Displaced Persons (IDP) Camps for undisclosed reasons,” the Army said.

The army urged inhabitants of the three Borno towns and the general public to discountenance all calls and remain calm. 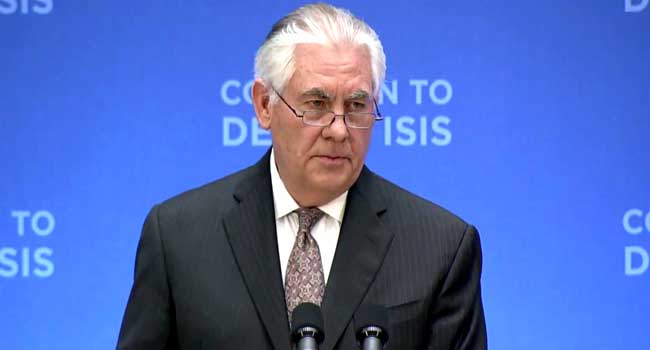 The United States has advised countries facing challenges of terrorism to take a cue from Nigeria in winning the war against global terrorism.

The U.S. Secretary of States, Mr Rex Tillerson, gave the recommendation on Thursday at the ‘Meeting of the Ministers of the Global Coalition on the Defeat of ISIS’ in Washington.

The meeting was convened at a time when the activities of terrorist groups across the globe were on the increase.

Experts identified sharing of ideas at different fora as an important step in winning the war against terror.

Mr Tillerson also noted that information sharing was one way countries could defeat terrorism, adding that Nigeria and West African countries have done well in sharing information which he said resulted in foiling a great number of attacks.

He asked countries that have challenges of domestic terror groups to build up their information sharing systems, just as Nigeria did to win the war against Boko Haram insurgency.

The U.S. Secretary of States, however, recounted with sadness the attacks on some countries by terrorists groups and proffered solution on how to tackle them. 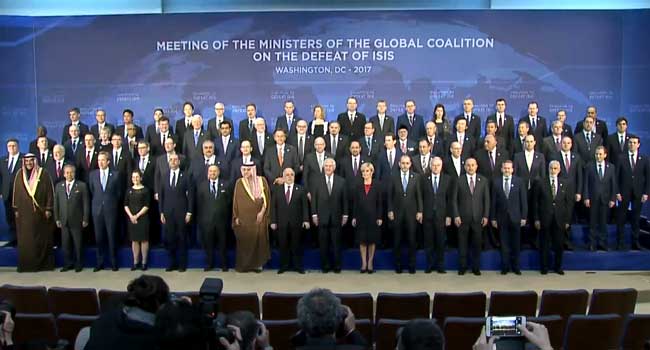 The Charge d’ Affaires of Nigeria to the United States, Mr Hakeem Balogun, also highlighted the effects of the commendation on Nigeria.

The meeting was attended by representatives from 68 countries including Nigeria, Afghanistan, Egypt, Iraq, Libya, Morocco and Somalia. 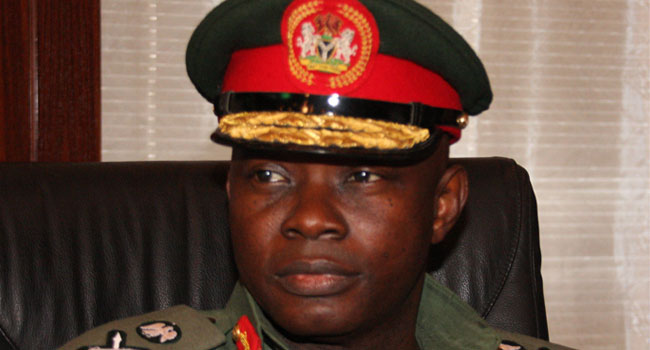 The Chief of Defence Staff (CDS), General Gabriel Olonisakin, has commended the Federal Government for its determination towards curbing maritime insecurity with an additional provision of 30 inshore patrol boats for the Nigerian Navy.

The Defence Chief stated this at the flag-off of the 2015 Chief of Naval Staff Sea Exercise at the Federal Ocean Terminal in Port Harcourt, the Rivers State capital.

The annual exercise is ‎designed to work up the ships and personnel in line with the Nigerian Navy doctrine of operations.

According to the CDS, “with the new acquisition of the gun boats, Nigerian Navy is combat-ready to tackle crude oil theft, piracy and pipeline vandalism effectively in the creeks along the nation’s maritime domain”.

On his part, the Chief of the Naval Staff, Admiral Ibok -Ete Ibas, assured government of policing the nation’s commonwealth along the maritime domain.

He noted that 139 illegal oil refineries have been destroyed since July 2015 till date.

The Navy Chief expressed confidence that with the new acquisition of the boats and more expected before the first quarter of 2016, the Nigerian Navy would dominate the country’s brown waters to create a secured area for legitimate economic activities.