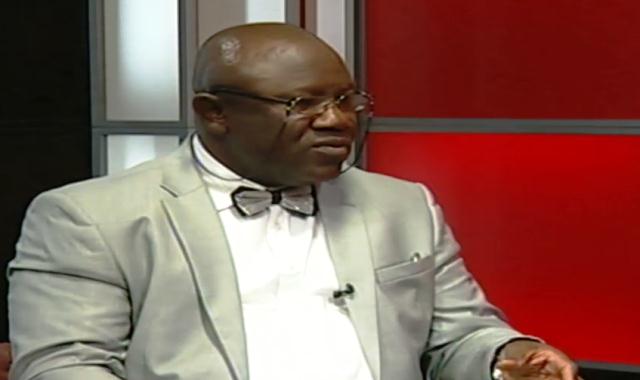 A Legal Practitioner, Benson Enikhuomehin, on Thursday claimed to have foreseen the series of unresolved arguments slowing down the take-off of Nigeria’s National Conference, two weeks into its inauguration in Abuja.

Enikhuomehin was on Channels Television’s Sunrise Daily, where he discussed developments at the National Conference. He blamed the crisis on the presence of people who should not have been called up to the conference, but who were there.

He said that this class of delegates were “major players in the crisis that had bedevilled the country” till the moment and they have been given a platform to continue the evil they had perpetrated since the independence of Nigeria in 1960 “or even earlier than that.”

He asked, “Are they saying that when they run a relay race, they don’t have a reason to hand over the baton to somebody else to do it?”

Enikhuomehin, while acknowledging that there were indeed quality personalities at the conference whose composition was based on selection, noted that there was need for Nigeria to take a cue from the constitution of similar conferences in other climes.

He made particular reference to the American Convention of 1776, where the makeup of the delegates included patriots and notable Americans like George Washington, in comparison to the 1787 Philadelphia convention that had a makeup of the younger generation.

Enikhuomehin, while regretting the absence of young people who were willing to work hard and engage in research to enrich debates at the National Conference, noted that “James Maddison, who was a notable person in that particular convention of 1787, was barley 36. He came in with bundle of books articulated and gave views.”

He further said, “The strength of a man is barely between the age of 25 to 50” and these were the calibre of people he had expected to be more at the Conference, while the older ones should have been at the background to assist with their wisdom.

Knowing that this was a composition that may not be reversed, he noted that the National Conference was the last chance for the old delegates, who have been part of Nigeria’s governance, to “save themselves”, as he claimed that this provides them the opportunity to correct the wrong they had done to the country.

With a number of adjournments already called at the conference barely 2 weeks to its commencement, Enikhuomehin, said that this was further proof that the conference had too many people who were there just for personal interests. He expressed his disgust at seeing one of the delegates who became aggressive and was willing to fight at the conference.

On the possibility of calling back persons who have been identified to have worked against the smooth running of the conference, Enikhuomehin advised that the delegates be given more time to sort out their issues but also advised that some the delegates need to be sent back to the people they represent to seek wisdom and content.

He disagreed with the 75% requirement for the approval of decisions at the conference, explaining that if the country, based on its constitution had always made important decisions based on the two-thirds majority requirement, then the National Conference should not go higher, rather it should consider going lower. He referred to the requirement as a distortion.

The lawyer feared that the requirement of a 75% majority may hinder the success of adopting many good ideas, and this might make the conference end in a deadlock. He asked, “What if we don’t get that 75%?”

He noted that such requirement should only have been introduced for germane decisions like the impeachment of a sitting President.

He also responded to several calls for a review of Nigeria’s system of government. He said that the major issue in Nigeria was not the system but the people in charge, adding that if corruption still existed in the country, the change from federalism would not solve the country’s problems.

In conclusion, he said that 3 months was still enough time for the delegates to do something reasonable. However, “We lose nothing if we add one more month to it.”

United States of America’s Secretary of State, John Kerry, has said that Syrian President, Bashar al-Assad, has no place in Syria’s future.

Speaking on Friday ahead of next week’s peace talks between the Syrian government and rebels, Kerry said the United States was not without options on stepping up pressure on al-Assad.

Kerry will lead a U.S. delegation to Switzerland next week for the peace aimed at ending the country’s civil war.

His comments also come as Syrian opposition groups vote on whether to attend the U.N.-sponsored talks in Montreux, Switzerland.

“I believe as we begin to get to Geneva, and begin to get into this process, that it will become clear there is no political solution whatsoever if Assad is not discussing a transition and if he thinks he is going to be part of that future. It is not going to happen,” Kerry told a news conference after meetings with his Canadian and Mexican counterparts.

“We are also not out of options with respect to what we may be able to do to increase the pressure and further change the calculus,” he added.

Syria sank into civil war after a peaceful street uprising in March 2011 against four decades of Assad family rule. The revolt spiralled into an armed insurgency after the army responded with massive and deadly force to suppress the unrest.