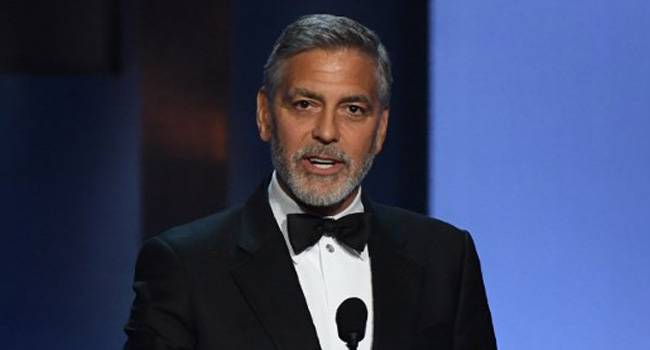 American actor George Clooney has called for a boycott of nine Brunei-owned hotels over the sultanate’s imposition of the death penalty for gay sex and adultery.

“Every single time we stay at or take meetings at or dine at any of these nine hotels, we are putting money directly into the pockets of men who choose to stone and whip to death their own citizens for being gay or accused of adultery,” Clooney wrote on the website Deadline Hollywood.

“I’ve learned over years of dealing with murderous regimes that you can’t shame them. But you can shame the banks, the financiers and the institutions that do business with them and choose to look the other way,” he added.

Brunei is an absolute monarchy which has been ruled for 51 years by Sultan Hassanal Bolkiah.

The former British protectorate on Borneo island is surrounded by Malaysia. It has long depended on abundant, but declining, crude reserves and was plunged into recession when global prices fell about five years ago.

The nine hotels mentioned by Clooney are located in the US, Britain, France and Italy.

Brunei will implement the harsh new penal code — which also mandates amputation of a hand and foot for theft — starting next Wednesday.

Homosexuality is already illegal in the sultanate, but it will now become a capital offence. The law only applies to Muslims.

The government did not respond to AFP’s request for comment but on Saturday the prime minister’s office issued a statement saying the country has always practiced “a dual legal system,” one based on Islamic Shariah law and another on Common Law.

“In fully implementing the Shariah Penal Code Order (SPCO) 2013 from 3rd April 2019, both systems will continue to run in parallel to maintain peace and order and preserve religion, life, family and individuals regardless of gender, nationality, race and faith,” the statement said.

Brunei first announced the measures in 2013, but implementation has been delayed as officials worked out the practical details, and in the face of opposition by rights groups.

In addition to his film-making work that has netted him two Oscars, Clooney is known for his globe-trotting political activism, especially his tireless campaigning to draw attention to the conflict in Sudan’s Darfur region. 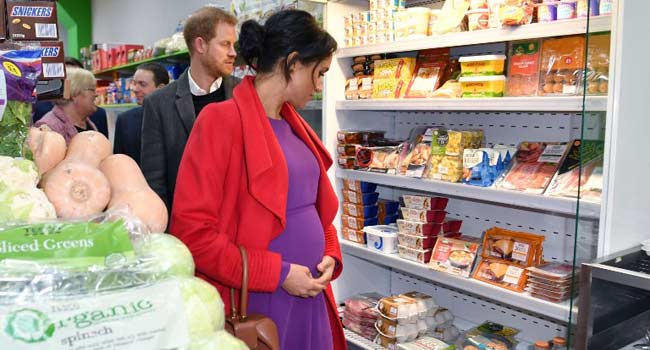 Meghan Markle is being ‘vilified and chased’ by the tabloid press in the same way the late Princess Diana was, Hollywood superstar George Clooney has told an Australian magazine.

Clooney, a close friend of Markle and husband Prince Harry, warned of “history repeating” itself with the increasingly feverish media attention on the expectant royal couple.

“I do want to say, they’re just chasing Meghan Markle everywhere,” Clooney told WHO magazine during an interview in Los Angeles.

“She’s a woman who is seven months pregnant and she has been pursued and vilified and chased in the same way that Diana was and it’s history repeating itself,” he added. “We’ve seen how that ends.”

Diana died in a car crash in a Paris tunnel in 1997 while being chased by paparazzi on motorcycles.

Britain’s famously aggressive press at first welcomed Markle into the royal fold when she and Harry tied the knot at a lavish Windsor Castle wedding last May, in a ceremony attended by Clooney and his human rights lawyer wife Amal.

The mixed-race actress was credited with breathing fresh life into a monarchy sometimes labelled stale and out of touch.

But coverage has turned increasingly critical — despite the impending birth of the couple’s first child — with reports of palace sniping over her manner.

Last week one paper published a highly personal letter they said was written by Markle to her estranged father in which she begged him to “stop lying….stop exploiting my relationship with my husband”.

Clooney, who was promoting his new TV series “Catch-22”, slammed the invasion of her privacy.

“I can’t tell you how frustrating that is, just seeing them broadcast a letter from a daughter to a father, she’s getting a raw deal there and I think it’s irresponsible and I’m surprised by that,” he said.

Harry and his older brother William have had a difficult relationship with the media since the death of their mother.

Harry recently revealed that for a long time he struggled to cope with her death, and sought professional help a few years ago. 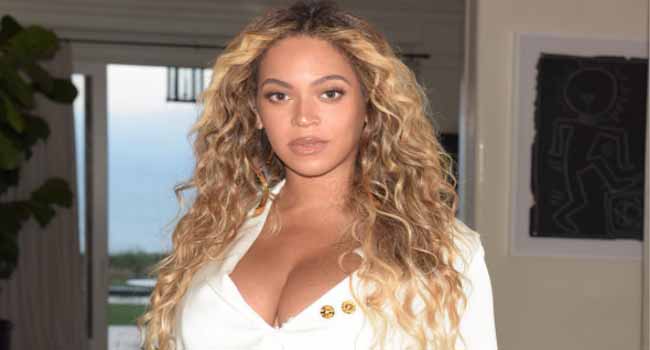 Singer Beyonce and actor George Clooney will headline a telethon to raise funds for the victims of Hurricane Harvey, which has displaced more than 1 million people in Texas, organizers said on Tuesday.

“Hand in Hand,” a Benefit for Hurricane Harvey Relief, will air live on September 12 from Los Angeles, New York and Nashville on broadcast networks ABC, CBS, FOX and NBC as well as cable music channel CMT and digital platforms Facebook, Twitter and YouTube.

It will also include live appearances from a host of celebrities including Oprah Winfrey, actors Matthew McConaughey, Reese Witherspoon and Julia Roberts, and singers Barbra Streisand, Blake Shelton and George Strait.

The telethon will benefit Habitat for Humanity, Save the Children, Feeding Texas, United Way and Direct Relief.

Harvey, which came ashore on August 25 and became the most powerful hurricane to hit Texas in more than 50 years, has killed more than 60 people, displaced more than 1 million others and damaged some 203,000 homes in a path of destruction stretching for more than 300 miles (480 km).

It has caused damaged estimated as high as $180 billion. 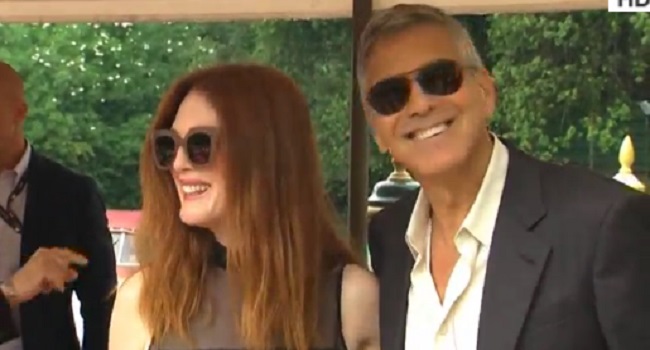 It might have been raining as he arrived on the Venice Lido but that didn’t stop George Clooney from turning on the Hollywood charm as his boat pulled in on Friday (September 1).

A regular at the Venice Film Festival, Clooney’s new movie ‘Suburbicon’ is competing in the festival’s main competition section this year and due to have it’s world premiere on Saturday (September 2).

The Venice Film Festival runs until September 9, when the Golden Lion will be awarded. 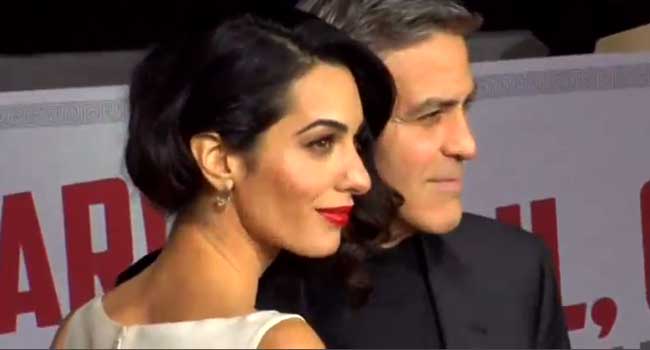 George Clooney on Friday said he would take legal action against a French magazine that published the first photos of his newborn twins.

The “Ocean’s Eleven” actor said photographers from Voici magazine “scaled our fence, climbed our tree and illegally took pictures of our infants inside our home.”

Clooney said in a statement that the photographers and the magazine “will be prosecuted to the full extent of the law. The safety of our children demands it.”

Clooney and his humanitarian lawyer wife, Amal, announced the arrival of the twins – a boy and a girl called Alexander and Ella – in June but have given no details, photos or interviews about them.

Voici on Friday published grainy photos of Amal and George Clooney, dressed in swim wear, each carrying one of the babies in their arms. They appear to be walking in a garden in what the magazine said was the Clooneys’ villa near Lake Como in Italy.

Voici magazine did not immediately respond to requests for comment.

The babies are their first children for the couple, who married in Venice, Italy in 2014 in a big celebrity ceremony but who have tried to keep their personal lives private since then. 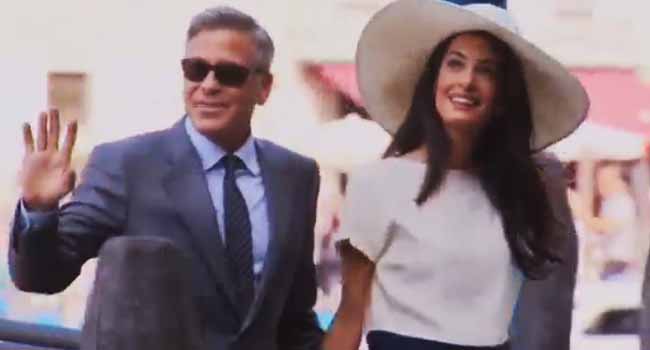 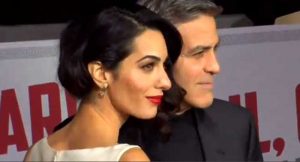 Diageo Plc has agreed to buy George Clooney’s high-end tequila brand Casamigos in a deal valuing it at up to $1 billion, as the world’s largest spirits maker seeks to boost its presence in a high-growth market.

Diageo said on Wednesday it would pay $700 million initially for the company, co-founded by the American actor, with potential payment of a further $300 million linked to performance over 10 years.

A new spate of high-end tequilas has helped the drink transcend its traditional image as a party beverage for young drinkers. Its sales rose 5.2 percent globally last year, according to data tracker IWSR, outperforming a spirits industry that edged up only 0.3 percent.

Casamigos, which means “house of friends,” was founded in 2013 by Clooney and his friends – nightlife entrepreneur Rande Gerber, who is married to model Cindy Crawford, and real estate developer Mike Meldman. They will continue to promote the brand.

In an email to USA Today, the couple made the announcement through a statement by their spokesman, Stan Rosenfield.

“This morning Amal and George welcomed Ella and Alexander Clooney into their lives. Ella, Alexander and Amal are all healthy, happy and doing fine. George is sedated and should recover in a few days.”

George, 56, had in the past, publicly made a decision not to settle down, however, that changed after meeting Amal, 39, a Lebanese-British human rights lawyer to whom he proposed and got married in 2014.

Since their wedding day, the couple have popped up at a number of Hollywood and philanthropic events, including the 2015 Golden Globes, the Cannes Film Festival as well as a January event supporting the Netflix documentary ‘White Helmets’ in Davos at the annual World Economic Forum. 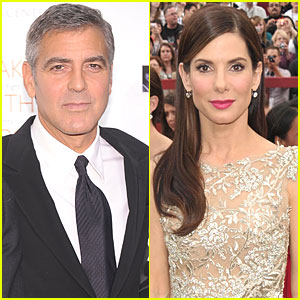 Festival organizers said the 3D thriller starring Bullock and Clooney as astronauts cast adrift in space after disaster strikes their shuttle will kick off the festival on August 28.

Cuaron may be best known for directing the 2004 film “Harry Potter and the Prisoner of Azkaban” but he has also earned three Oscar nominations for the “Children of Men” in 2006 and “Y Tu Mama Tambien” in 2001.

The 70th Venice International Film Festival, organized by La Biennale di Venezia, will be held on the Lido of Venice from August 28 to September 7.

Veteran Italian director Bernardo Bertolucci, best known for his steamy 1972 movie “Last Tango in Paris”, will head the jury that decides the main awards at the annual cinema showcase, including the coveted Golden Lion prize for best picture.

The line-up of the festival will be announced at the end of July in Rome.