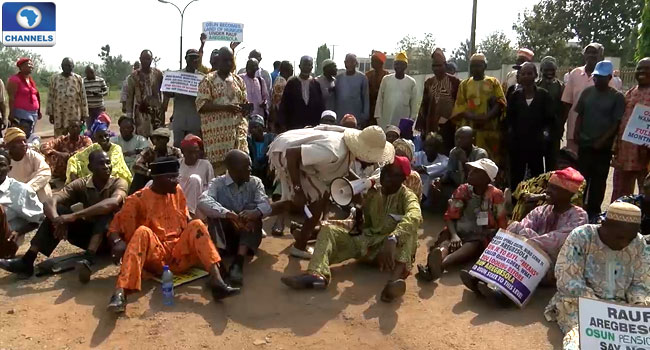 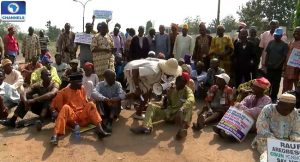 The Nigerian Union of Pensioners in Imo State has kicked against what they termed ‘obnoxious terms of conditions by the government before pensions can be paid’.

The senior citizens, led by the state chairman, Gideon Ezeji, took to the streets of Owerri on Tuesday to protest the non-payment of their pension arrears by the Imo State government.

The aggrieved protesters carried placards with several inscriptions, as they called on the state government to pay all pending arrears in full and withdraw the said form without further delay.

At an earlier press conference, Governor Rochas Okorocha had said the government had commenced payment of pension arrears.

He added that most of the claims about non-payment of pensions were unfounded, especially from those he said were not civil servants, but were bent on creating confusion in the state. 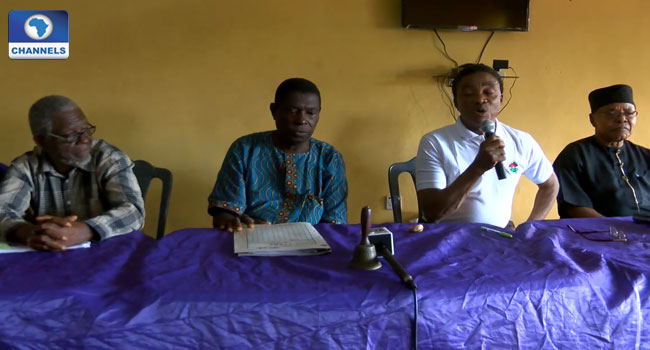 The Nigerian Union of Pensioners in Imo State on Wednesday staged a peaceful protest against the Imo state government over alleged unpaid entitlements and attitude of the government towards the
pensioners.

The residents took to the streets of Owerri, the state’s capital carrying placards with various inscriptions.

They said the protest was a warning that would give birth to a bigger protest if the state government failed to attend to their plight.

All efforts by security operatives to calm them down and allow free passage of vehicles failed.

Addressing reporters, the Imo state chairman of the Nigerian Union of Pensioners, Gideon Ezeji said his members were tired of ‘continued failed promises’ by the state government on the payment of their pension
arrears.

He said several attempts to meet with the state government to discuss the issue amicably had always been futile, insisting that if the Government does not begin immediate payment of the arrears, they would remain on the streets.

Meanwhile, the Imo State Commissioner for Internally Generated Revenue and Pension Matters, Vitalis Ajumbe, appealed to the protesting residents to be patient with the state government as all measures were already put in place to commence the payment of pensioners in the state.