Christian Weli and Godbless Asamoah scored in each half of the match played on Thursday at the Yakubu Goon Stadium.

On the other hand, ABS have remained in 13th place with 22 points from 17 matches. 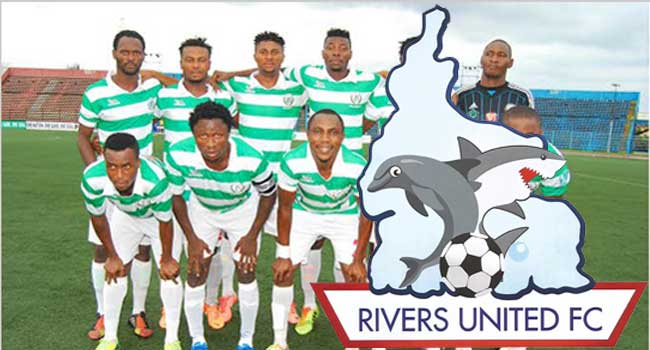 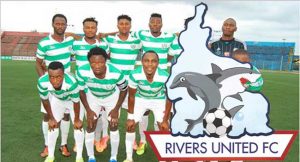 The tight contest which finished 3-3 at the Estadio Ciudad Deportivo Pamesa was the second in Rivers United’s fifth and final phase of the pre-season campaign in Spain.

Emeka Ogbugh gave the Port Harcourt based team a deserved lead inside the opening 10 minutes but the hosts battled back and equalized moments later after Festus Austine, under pressure, bundled the ball past Abiodun Akande in goal for United.

The Spaniards began the second half on the front foot and got due reward when Charly Garcia smashed home to put them 2-1 up, six minutes after the break.

Stung into action, the Pride of Rivers reacted gamely and turned the game on its head following excellent goals from Godbless Asamoah and Nzebe Anaezemba.

With Coach Stanley Eguma’s team seemingly cruising to a second successive win in Spain, Richi popped up late to plunder a barely-deserved equalizer for the home side.

Scorer of United’s second goal, Asamoah spoke about his goal-scoring contribution which temporarily left the scores at 2-2.

“We started well by getting an early goal which set the tone for our third goal.

“I was happy to score because as a striker, I always want to score as it helps with confidence.

“For me and the team, it was never about the result but about the performance and the lessons to be learnt”.

Another United striker, Elvis Wike, also refused to be crestfallen and outlined the positives of the game and the club’s tour to Spain.

“The game against Villarreal was a lot slower in terms of the pace and intensity as opposed to the game against CD Roda which was also very physical.

“But we gave as good as we got and almost won in the end.

“We have learned a lot so far in Spain and we know the lessons will serve us well in the coming days,” Wike explained.