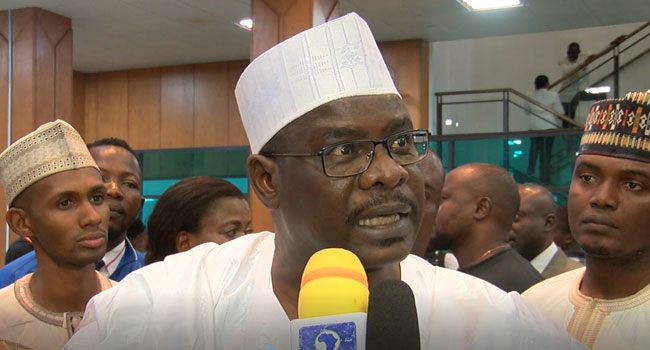 Senator Ali Ndume has said that it is too late for him to step down as a contender for the position of Senate President in the 9th Assembly.

Ndume made the statement after another key contestant in the race, Senator Danjuma Goje stepped down for Senator Ahmed Lawan.

In an interview with newsmen on Thursday, Senator Ndume insisted that he is not ruffled by Senator Goje’s decision to step down for senator Lawan who is the consensus candidate of his party, the All Progressives Congress (APC).

Ndume insisted that he is standing for the truth and practice of true democracy.

He said, “Goje is entitled to his decision…. It is too late for me to step down now.

“I have said it several times that I am contesting based on my convictions and believe.

“I am doing something that is very important for democracy, democracy cannot thrive or there is no democracy without election.

“People should be allowed to elect whoever they want as a leader, it is very very important. 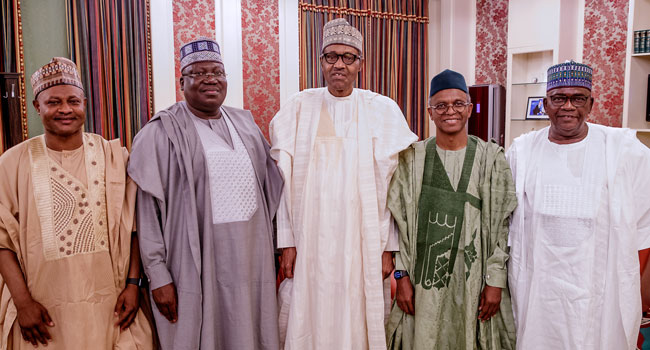 The All Progressives Congress (APC) has commended Senator Danjuma Gojes decision to withdraw from the 9th Senate Presidency contest in support of the Party’sendorsed candidate, Senator Ahmad Lawan.

APC’s commendation was conveyed in a letter by Mallam Lanre Issa-Onilu, the party’s National Publicity Secretary.

The letter reads, “We also commend the fatherly role played by President Muhammadu Buhari in ensuring compliance with party decisions and directives.

“Goje has demonstrated himself as a reliable, committed party leader, good role model and elder statesman. We believe that Gojes selfless actions typify APCs progressive ideals and should be emulated by all party members to ensure unity, strength and supremacy of our great party. There is no doubt that the majority APC caucus is going into the incoming 9th National Assembly as a united house.

“On the sponsored reports against Hon. Femi Gbajabiamila, the Partys candidate for the Speakership position, 9th House of Representatives, that he was convicted by a Court in the United States of America, we urge Nigerians to ignore the phantom and infantile allegations.

“The allegations have become a reoccurring fabrication. Nigerians will recall that the same baseless allegations were made against Gbajabiamila in the leadup to the 8th National Assembly speakership race and came to naught. It needs restating that Gbajabiamila has never been convicted for any crime in Nigeria and abroad.

“We urge Gbajabiamila and his vibrant campaign team to remain focused on their extensive countrywide consultation and engagements which have been well-received and endorsed across party lines.

“Ahead of the June 11 inauguration of the 9th National Assembly, we urge all APC federal lawmakers to rally around the candidatures of Senator Ahmad Lawan, Hon. Femi Gbajabiamila and all our candidates for the respective principal positions”.

Justice Babatunde Quadri of a Federal High Court, Jos, Plateau State has ruled that a former governor of Gombe State, Senator Danjuma Goje, has a case to answer on counts eight and nine of the 21-count charge preferred against him by the Economic and Financial Crimes Commission, EFCC.

Goje, a serving Senator, is standing trial along with a former Executive Chairman of the state’s Universal Basic Education Board, Aliyu El-Nafaty; and S.M. Dokoro for an alleged N5 billion fraud. A fourth defendant, the ex-governor’s cousin, Sabo Tumu, who is now late was removed from the charge sheet.

They are alleged to have been involved in alleged financial impropriety, including the award of contracts for food supply to the state’s Government House, during his tenure.

READ ALSO: Police To Charge Personnel Over Death Of Teenager In Lagos

The EFCC had through its counsel, Wahab Shittu, closed its case against them, on May 31, 2018 after calling 25 witnesses and tendering several documents to prove its case.

However, rather than open its defence, Goje through his lawyers, filed a “no-case” submission on September 14, 2018.

Counsel for the EFCC, Wahab Shittu, had objected to the application, which was made by Paul Erokoro, SAN.

“We are making a no-case submission because all the charges against us have not been proved by the prosecution,” Erokoro had said.

Shittu, however, countered his argument and urged the court to ask them to open their defence, stressing that, “in view of documents and evidences before the court, the defendants have cases to answer.”

Ruling on the said application, Justice Quadri while discharging the defendants on 19 of the 21 counts, held that the defendants had a case to answer on counts eight and nine, and ruled that they should open their defence on May 8, 2019. 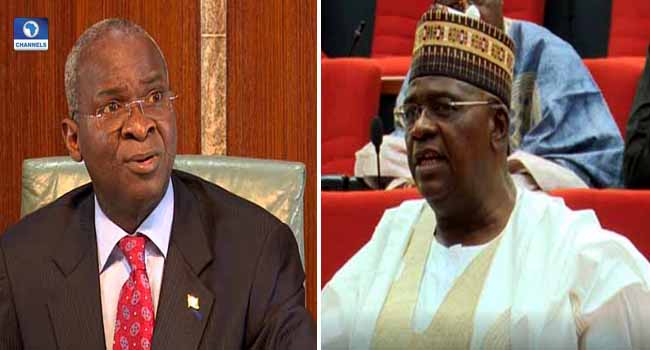 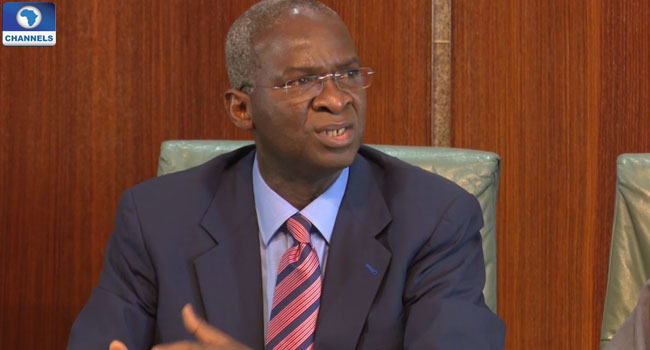 The Minister of Power, Works and Housing, Mr Babatunde Fashola (SAN), has criticised the Chairman of the Senate Committee on Appropriation, Senator Danjuma Goje, for his comments concerning complaints the minister made about the input of the National Assembly in his ministry’s budget.

Fashola and the lawmakers have traded accusations since late June when he accused the National Assembly of unilaterally slashing budgetary allocation for key projects such as the Lagos-Ibadan Expressway and the 2nd Niger Bridge.

Although the National Assembly had issued a statement describing the minister’s complaints as an attempt to blackmail the legislature, its members have continued to react to the issue and other disagreements with the executive.

During the Senate’s plenary on Wednesday, one day after the House of Representatives summoned the minister to defend his comments, Goje described the lawmakers as patriotic Nigerians and urged Fashola to behave like a minister or resign if he felt overwhelmed by his responsibilities.

The minister, however, fired back on Thursday in a statement by his Special Adviser on Communications, Mr Hakeem Bello.

According to Fashola, Senator Goje’s reference to the patriotism of legislators should not be spoken but demonstrated with regard to his calls for a more developmental budgeting approach.

“In this context, it is left for Nigerians to then decide whether budgeting for constituency roads is more patriotic than budgeting to complete the Kano-Maiduguri Road that connects five states, the Lagos-Ibadan road that connects three states and helps to move food, imported goods and fuel across the country; or the 2nd Niger Bridge that connects the East and West geopolitical zones of at least 11 states together,” he said.

“I will also leave Nigerians to judge whether it is more patriotic to budget for the Mambilla Power Project that will contribute to more power across Nigeria or reduce the budget to build street lights in legislative constituencies.”

He added that he expected the lawmakers to respond to the issues he raised rather than accuse him of blackmailing the legislature.

“Let me reiterate that I see parliament as a house where very vigorous debates about development should take place and it is important for Goje to acquire the temperament of debate and disagreement,” he said.

On the Senator’s comments about his behaviour, he said, “I think first that the language is unparliamentary and therefore not deserving of a reply.”

Noting that Goje, a former governor of Gombe State, and some other lawmakers transited from the executive arm of government to the legislative arm, Fashola said, “It seems that it is such people who need a behavioural prescription about legislative function.”

He explained that his comments about the budget were as a result of his desire to function effectively.

“I need a better budget as a tool to do my work and that is why l am speaking out,” he said. 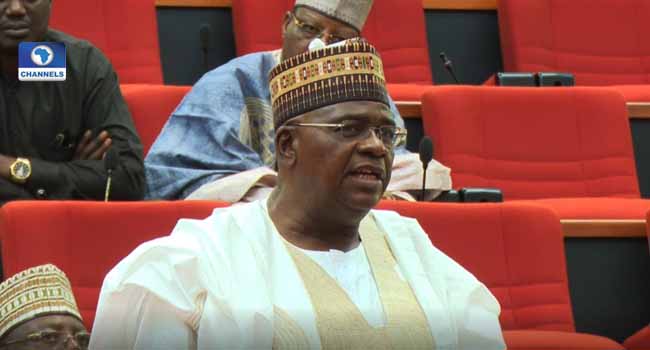 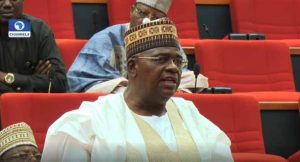 The trial of the former governor of Gombe State, Danjuma Goje, and four others on 18 counts of conspiracy and money laundering continued at the Federal High Court in Jos Plateau State on Wednesday with the prosecution calling five more witnesses to testify.

One of the witnesses, Ifesineke Owafili, who is a compliance officer with Access Bank Plc, while giving his testimony on a N5bn loan facility obtained by the Gombe State Government said the fund was disbursed to various banks and not to individuals.

The lead prosecution counsel, Wahab Shittu, tendered the bank statements through which the loan was obtained and disbursed as exhibits.

When asked during cross-examination, if the money was at any point transferred in any of the accused person’s names, he said no.

On the matter of forgery, another prosecution witness, Rukaya Jallo, who is the Director of Legal Services in the Gombe State House of Assembly, gave testimony in respect of several letters and issues of signatures on some exhibits presented to the court.

Under cross-examination, she said that since she is not an expert in forensic matters she cannot confirm if the signatures were forged or genuine.

The Economic and Financial Crimes Commission accused the defendants of conspiring to defraud Gombe State of about N25bn.

Justice Babatunde Quadri, after hearing from both sides, adjourned the case till September 26 and 27.