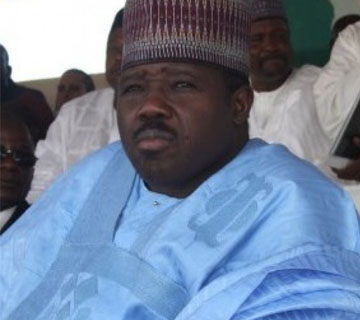 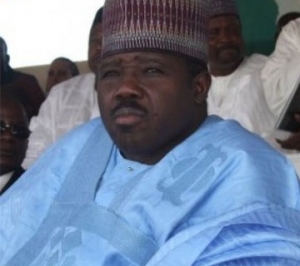 A former governor of Borno, Ali Modu Sheriff, on Friday said that his decision to defect from the All Progressives Congress, APC, to the People’s Democratic Party, PDP, was based on what he described as national interest.

Sheriff said this when he spoke with State House correspondents after a closed door meeting with President Goodluck Jonathan at the Presidential Villa, Abuja.

He said that as a former two-term governor and three-term senator, his political decisions could not be informed by anything other than the desire to move the country forward.

“By the grace of God and the people of Borno, I was elected twice, which is the maximum limit allowed by the constitution.

“I was elected into the Senate of the Federal Republic of Nigeria three times, which means in every aspect of life, I am one of the stakeholders of Nigeria.

“If God and the people of Nigeria have put me in those positions at every time, my interest should be how to move the nation forward,” Sherrif said.

The former Governor said that he was at the Villa to see the President on a private matter and not to discuss his defection.

“I didn’t come to discuss PDP with the President. Yes, there is this matter that I am joining the PDP, but that is not what brought me to the President now.

“Jonathan is the President of Nigeria, the President of over 140 million Nigerians and he is the father of everybody. So, every Nigerian has a right, if the President permits, to come and see him, discuss matters that are either private or something that affects the nation.

“So, my coming to see the President was a purely personal visit.”

On the Boko Haram insurgency in the North-East, Sheriff said that a good understanding of the vast terrain of Borno by security agencies was key to winning the battle.

He said that Borno had the largest international land border in the country, with over 20 entry and exit points with Chad, Cameroon and the Republic of Niger.

According to him, this was a big challenge to security agencies involved in the war against Boko Haram insurgents, who now operated across the country’s borders.

“What you have to understand is that Nigeria is a big country and Borno is different from any other state in the country.

“Borno has the biggest border to Chad, to Niger, to Cameroon and it is open borders. It is not like the Republic of Benin that has only one entry point with Nigeria.

“In Borno, you can enter and leave through 20 different points to the country” Sheriff said.

He also noted that the campaign against terrorism and insurgency required the support and contribution of all Nigerians.

“I am not a security man, what a civilian can do is only to contribute.

“My being a Chief Executive of the state for eight years, what I have seen through my tenure, I will contribute to the security agencies through whom I got that information.

“Therefore, it needs the understanding of the terrain, every knowledge that every politician has, particularly any politician that operated in Borno, that’s all we can contribute.

“Our knowledge of the state and whatever we feel we should give as advice is critical to the success of this battle on the side of Government.”