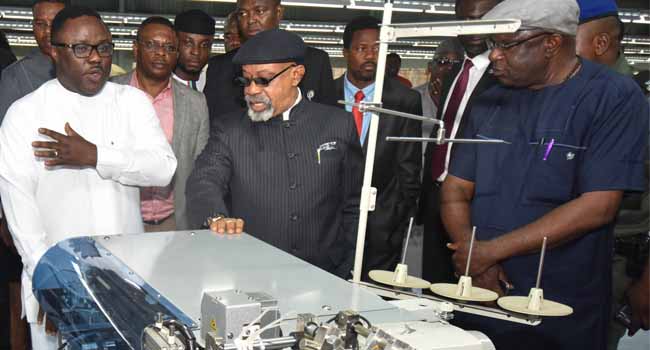 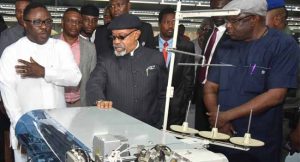 Nigerian Governors have been asked to replicate the style and zeal of the Cross River State Government by creating employment opportunities for its unemployed citizens.

The Minister of Labour, Dr. Chris Ngige made the call while in Calabar the State Capital, for an official engagement which saw him to the governor’s office, flagging off of the School -To-Work Scheme of the NDE as well as an inspection of the garment factory.

The Labour boss was amazed at the size and sophistication of the Calabar Garment Factory which is estimated to employ about 3,000 people.


The garment factory is situated along the Goodluck Jonathan bye-pass in Calabar Metropolis with the aim of boosting direct and indirect channels for diversification of the economy which is said to be the biggest in Africa.

The factory is expected be fully automated and will employ about 3’000 people, with 80 per cent of them being women.

The Labour boss commended on the Governor’s economic wizardry on his efforts, he said his ministry would partner the state government on the garment factory and also see that the factory was used as an apprenticeship centre for skills trainees.

Gov. Ayade further disclosed that, upon completion of the project, it will have a multiplier effect and impact tremendously on the state and citizenry.