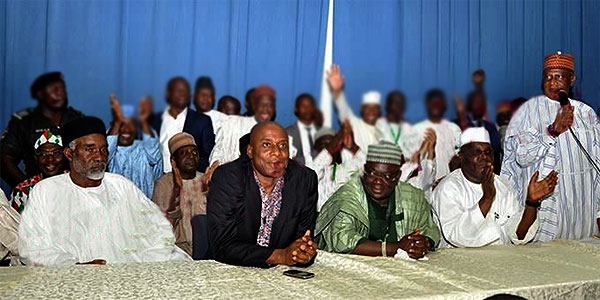 In a move that clearly marks the end of reconciliation talks between the two disputing factions of the People’s Democratic Party (PDP), the Bamanga Tukur leadership has termed members of the Baraje faction as imposters.

The National Publicity Secretary of the party, Olisa Metuh, said this while reacting to the Federal High Court ruling which dismissed the suit filed by the Kawu Baraje-led faction of the People’s Democratic Party and declared that there is only one recognised PDP led by Mr Bamanga Tukur as the National Chairman.

The National Publicity Secretary also warned that it will no longer tolerate meetings or utterances by unauthorized persons or groups.

It will be recalled that the creation of the Baraje faction of the PDP started when five of the governors – Abdufatah Ahmed of Kwara, Muazu Aliyu of Niger, Musa Kwankwaso of Kano, Sule Lamido of Jigawa and Aliyu Wamakko of Sokoto States –walked out of the PDP special convention in Abuja, with a claim that a lot is not done right under the Tukur leadership. 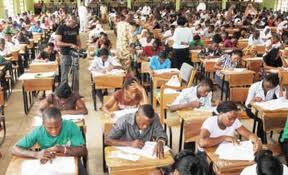 Sokoto state government has approved the release of one billion five million one hundred and seventy-eight thousand eight hundred and eleven naira only (N1,005,178,811.00) for the payment of allowances to foreign students of Sokoto origin.

This was contained in a statement signed by the Permanent Secretary of the Ministry of Finance, Abdullahi Bala Sokoto on Friday.

According to the statement, “Governor Aliyu Wamakko has approved the immediate release of N1,005,178,811.00 for payments of all outstanding financial commitment of all foreign students, who are under the sponsorship of Sokoto state government in different parts of the world.”

It further stated that “other students studying at different institutions within the country as well those on higher scheme outside the country would be paid accordingly,” adding that the gesture by was aimed at ensuring that the students underwent academic pursuits without hitches.

“We want our children studying home and abroad

to have concentration in a conducive and peaceful academic atmosphere”, the statement read.

Bala Sokoto urged the benefiting students to reciprocate the gesture through hard work in order to achieve academic excellence as justification for the huge expenditure incurred by government.