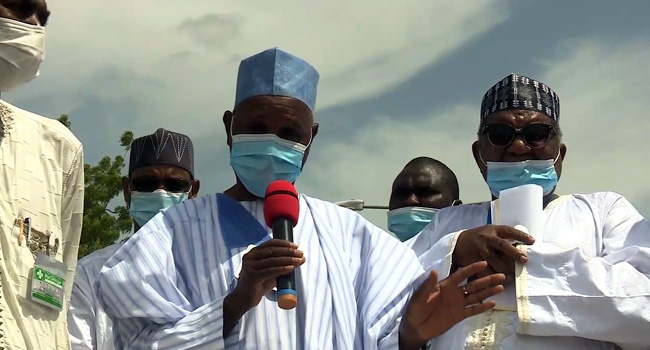 Governor Aminu Masari of Katsina State has appealed to law enforcement agencies and prosecutors to find more ways of giving maximum protection to women who have been raped or molested.

The governor made the call on Thursday when he addressed a rally against rape organised by the Trade Union Congress (TUC) in collaboration with the Women Commission at the Katsina government house.

Participants in the rally carried placards with inscriptions, such as “No To Rape” and “Government should impose stiffer punishment for rapists”, condemning rape and calling for it to be rejected.

By better protecting victims, and finding ways for them to testify anonymously, the governor believes more women will be willing to testify and help fast track the prosecution of rape cases.

He called on people to speak up because keeping quiet only aids and abets rapists. When people keep quiet, rapists escape justice due to the lack of evidence, he said.

Governor Masari, who attributed an increase in rape in the state to banditry, explained that as part of efforts to tackle the menace, the state government through the state house of assembly had enacted a law that prescribes the death penalty for people who rape and murder the victims.

Apart from bandits, kidnappers have increasingly raped and maimed women in the state, a development the governor also acknowledged.

He promised that the state government would continue to work towards halting the trend.

The state’s Commissioner for Women Affairs, Rabia Muhammad, explained that the rally was organised as a follow-up to a workshop held earlier by the Trade Union Congress and women commission on rape in the state.

Chairperson of the Women Commission, Hajara Idris, decried the increase in rape cases, which influenced the decision to organise the workshop.

The workshop, according to her, will be held in the 36 states of the federation and the Federal Capital Territory, Abuja in order to sensitise the public.

President Muhamadu had on June 11, 2020, inaugurated a management committee to address and manage gender-based violence and Idris urged Governor Masari to emulate the action at the state level.

She eventually presented a letter to the Governor on the need for action to halt rape in the state. 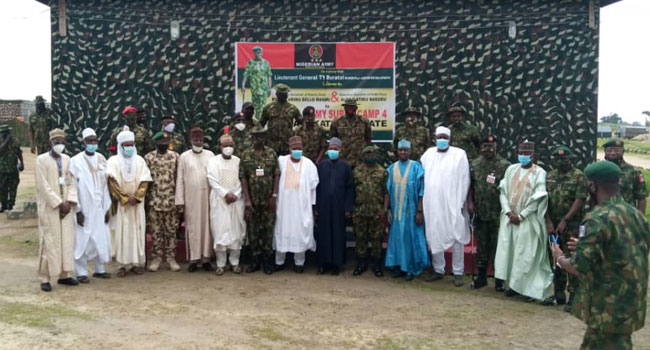 The Katsina State Governor, Aminu Masari, is asking the Nigerian Army to intensify efforts in the ongoing fight against Banditry, a security threat currently ravaging the Northwestern part of the country.

The governor who made the appeal on Monday during his assessment visit to the newly established ‘Special Army Super Camp 4’ located in Faskari.

The governor expressed displeasure over the increase rate of banditry, he said the state government has formed a committee with a view to recreating the village security council across 361 wards of 34 LGAs of the state.

The Village Security Council is aimed at sustaining the ongoing operations of the military as well as a cascade down to remote and smaller areas in order to detect those to be held responsible for any wrongdoing.

The governor while assessing the level of progress made so far with the commencement of the ongoing ‘Exercise Sahel Sanity’ believed that considerable progress has been made in dealing, eliminating, and neutralizing the bandits.

But discovered that a lot needs to be done in order to make sure that the bandits are completely flushed out.

“It’s not about addressing the problem in Katsina alone. If you address the problem of Katsina without addressing that of Zamfara, Sokoto and Kaduna including the neighboring Niger states, so you have not done anything. This Sahel Operation has to be complete in order for it to be durable and sustainable”.

“That is why we have come in to make sure that we support sustainability and peace by putting measures on the ground that will check the spread of banditry because failure to do that, we don’t know what will be next.

“If you could remember in 2015, we were talking about cattle rustling somewhere along the line it was kidnapping then came banditry followed by rape, 20 years ago it was armed robbery so the criminality also keeps on changing with time, and you know our area here we share borders with the Niger Republic. Over 1400 kilometers, we share borders with the Benin Republic. So ours is also internally and controlling what comes into the country.

“I believe the operation as we were shown is going all over these states including Niger state. So I think if it continues will be able to cripple and neutralise the bandits to a certain level that will no longer pose a threat to the country”. Masari added.

“Today we thank Almighty Allah and the efforts of the Nigerian Army and that of Airforce for restoring some level of normalcy in the lives of our people. However, the fight against Bandits and Banditry is not yet over we believe that more still needs to be done”. He observed.

Launched in Faskari Local Government Area of Katsina State, the exercise which is aimed at restoring peace in the regions is expected to metamorphose into real-time operation.

Speaking during the official flag-off of the ceremony, the Chief of Army Staff, Lieutenant General Tukur Buratai announced that the exercise is carefully designed to plush out armed bandits, terrorist groups and other criminal elements hibernating in the forests of Dumburum, Gando, Subobo and Kagara in Katsina, Zamfara, and parts of Sokoto states.

The exercise which is one of the activities lined up to commemorate Nigerian Army Day 2020 was scheduled to run up to September 6th, 2020 and is the Nigerian Army’s response to the escalating security challenges affecting some parts of the Northwest and Northcentral geopolitical zones.

According to Buratai, the spate of armed banditry, kidnappings, cattle rustling and other related crimes have in the last two months continued unabated particularly in Zamfara, Katsina, Sokoto, Kaduna, and Niger states.

He informed the gathering that most of the farmers have since returned to their farms and their farming activities have commenced.

“A good number of equipment, platforms, and necessary logistics support have been made available for the exercise”. Buratai noted. 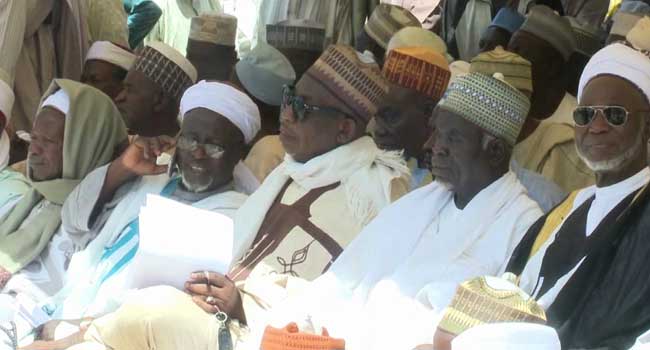 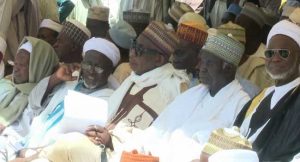 A special prayer session by the kinsmen of President Muhammadu Buhari, has held at the Emir’s palace in Katsina state.

The State Governor, Aminu Masari, led the crowd of indigenes and Muslim clerics to pray for the President’s recovery and safe return home.

Governor Masari said that the President followed due processes before embarking on his trip and appealed to Nigerians for more patience and understanding.

The gathering will not be the first as political, religious and traditional rulers from all the 33 local government areas of Oyo state had gone beyond various sentiments to pray for the peace and well-being of the President.

Worried by the lingering spate of economic and security challenges facing Nigeria, Christian and Muslim leaders led an interfaith service at the Adamasingba Stadium, Ibadan to also offer prayers for progress and peaceful atmosphere in the country.

Some of the clerics at the event stressed the need for Nigerians to reconnect with God for the attainment of purposeful socio-economic development in the country.

President Buhari had written to the National Assembly to notify the lawmakers about his initial 10-day vacation.

In the letter sent to the legislators on Thursday, January 19, he stated that he would be away from January 23 to February 6, 2017.

The President consequently extended his vacation in another letter addressed to the Senate President, Dr. Bukola Saraki.

He, however did not specify in the letter how long he would be away.