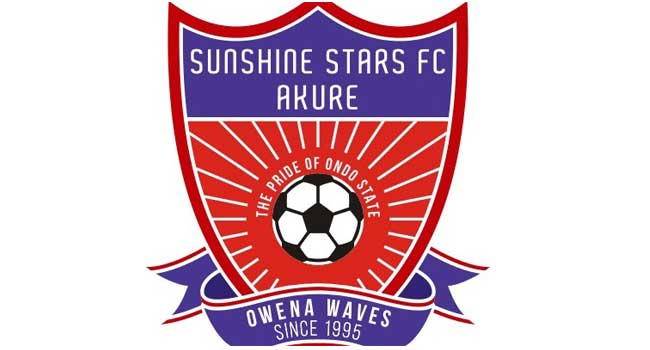 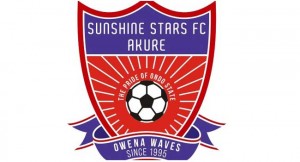 Governor Mimiko, while reacting to the development in Akure lauded the players and officials for the feat. He described the victory as a ‘very sweet victory’ not only for the players, but the soccer-loving people of the state.

Ondo State Commissioner for Information, Mr Kayode Akinmade, who described the victory as  deserving, said the Dr Olusegun Mimiko led government has been able to raise the bar in the state, in sports generally, and football in particular.

He stressed that over the years, the state has produced indigenes who have become successful coaches, adding that the list of Ondo State indigenes who are certified coaches rose drastically since the incumbent administration assumed power in 2009.

He said that Governor Mimiko never hid his intention to take football development to the next level in the state, hence the birth of the only football agency in Nigeria, the Ondo State Football Agency, (ODSFA) shortly after his administration took off in 2009.

“The Governor also always stresses the importance of human capacity development which recognised the need for indigenous coaches to be produced as they acquire knowledge on different fronts.

“The investment is now yielding results as the present composition of Sunshine Stars Technical Crew is 100% indigenous.” Akinmade said. 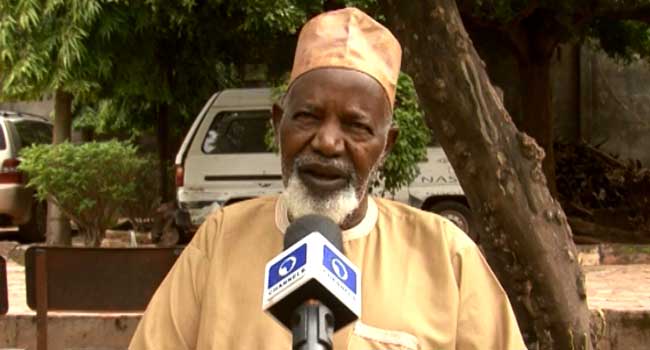 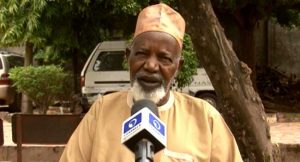 The second republic governor of old Kaduna State, Alhaji Balarabe Musa, has appealed to state governors in Nigeria to learn from the achievements of one another and replicate such in their respective states.

The elder statesman made this plea in Akure the Ondo State capital where the State Governor, Dr. Olusegun Mimiko hosted a political meeting ahead of the governorship election in the state.

He said that this was what himself and his former colleagues who were governors in the second republic wanted to do but were distracted by political rivalry.

The Nigerian Governors Forum, according to him should be a platform for the governors to visit other states and learn from one another.

Musa who is also the National Chairman of the Conference of Nigeria Political Parties (CNPP), the umbrella body of political parties in Nigeria added that one of the main objectives of the CNPP is to support any person legitimately elected into political office to perform.

On his part, the National Chairman of the National Conscience Party (NCP) Dr. Yinusa Tanko, commended the good policies and programmes of Ondo State Governor, Olusegun Mimiko in the areas of health, education, transportation and urban renewal.

Governor Mimiko, in his response emphasized that progressivism can only be translated to practical terms through the policies and programmes that have direct positive impact on the people.

He promised that his government has been embarking and will continue ‎to embark on such programmes. 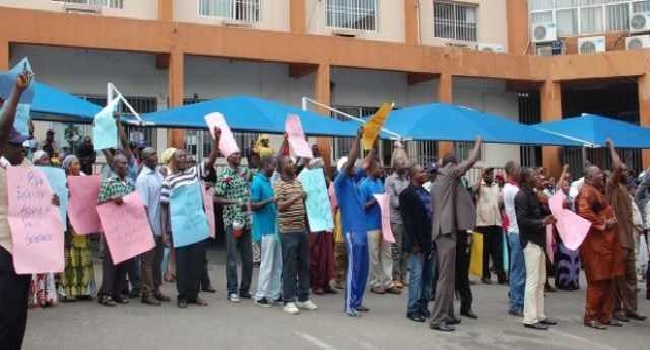 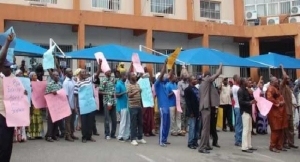 Workers of Ondo State Government have staged a peaceful protest demanding for the payment of their two months outstanding salaries and deductions.

The workers, on Tuesday morning, commenced the protest at the office of the Accountant-General of the State, Frederick Ajibokun.

They trekked to the Governor’s Office chanting solidarity songs and demanding for the release of the bailout package to pay their salaries.
‎
Addressing the aggrieved workers at the entrance of the Governor’s Office, the Head of Ondo State Civil Service, Toyin Akinkuotu, pleaded with them to exercise patience with the government.

Mr Akinkuotu informed them that Governor Mimiko had given the directive that as soon as the mop up exercise of the verification is concluded in all the ministries, departments and agencies, the salary deductions would be paid. 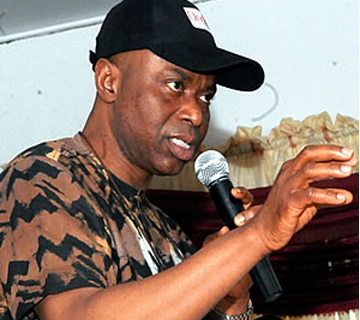 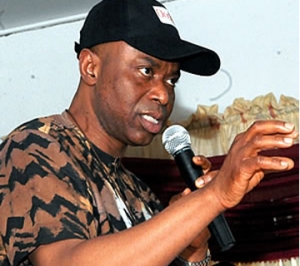 The Ondo State Government has flagged of the introduction of the Pneumococal Conjugate Vaccine (PCV) to combat the spread and occurrence of the pneumonia bacterial infection.

According to the State Commissioner for Health, Dr. Dayo Adeyanju, the disease which has been discovered to be highly resistant to treatment, kills over 800 thousand children all over the world.

Gathering at the premises of the Ondo State Specialist Hospital, Akure, for the flag off of the anti pneumonia vaccine were stakeholders including top government officials, health personnel and nursing mothers.

The introduction of the Pneumococal Conjugate Vaccine (PCV), according to Dr. Adeyanju, would help to effectively fight pneumonia which has a strong resistance to treatment with drugs.

Having thrown more light on the vaccine, Dr. Adeyanju added that it would be made readily available in all health institutions across the state.

The Chief of Staff to Governor Mimiko, Dr. Kola Ademujimi, reminded the audience that the state had done a lot in reducing maternal and infant mortality.

He noted that these efforts have received many accolades from development partners which include two time award in Bill and Melinda Gates Foundation on Immunization in Nigeria.

The pneumonia bacterial disease affects mainly children under the age of 5 years and also adults 65 years and above.

The State Deputy Governor, Ali Olanusi, administered the oral vaccine on some of the kids present at the venue to flag off the vaccination.

According to reports, some officials of the State Ministry of Agriculture are also undergoing training by experts and technical partners from Malaysia on the cultivation processes.

Fielding questions from Newsmen after inspecting the plantation, Governor Mimiko revealed that modern best practices which will yield at least double of the traditional method are being applied, stating that these methods will also enable farmers to plant twice in one season.

He added that experts have started going to other parts of the state, especially the riverine areas to conduct soil test in order to identify other areas that rice could grow well.

The plantation is the pilot scheme of the State Rice Revolution, aimed at boosting and increasing revenue generation from the Agriculture sector in the State. 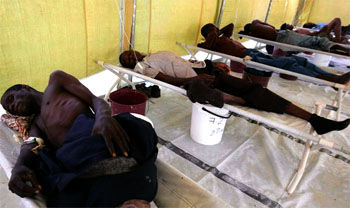 Following the news gathered that there has been an outbreak of Cholera in some parts of Osun State, a Stakeholders’ meeting has been organised by Ondo State government to sensitize the residents on how to prevent the outbreak from spreading to the State.

According to Ondo State Commissioner for Health, Dr. Dayo Adeyanju, the sensitization exercise is targeted at communities in the State sharing boundary with Osun State, which are entry points where the disease, which is highly contagious could quickly spread to Ondo State.

This is Owode – Owena, an agrarian community with about Four thousand inhabitants, located in Ifedore Local Government Area, close to the boundary between Ondo and Osun States.

Ondo State Commissioner for Health is leading government officials and Health workers in sensitizing residents of the community towards ensuring that Cholera outbreak does not penetrate through their community from Osun to Ondo State.

Some members of the community used the forum to ask relevant questions and make contributions in respect of the issue.

Cholera is an acute illness caused by Bacteria called “Vibrio cholerae”. It is transmitted through eating or drinking contaminated food or water.
Medical statistics reveal that the disease causes over 100 thousand deaths per year in Nigeria. 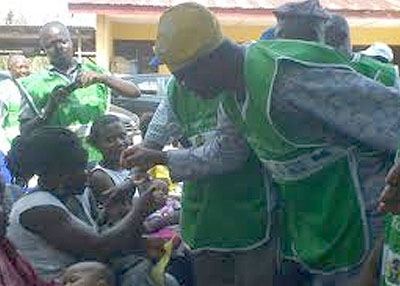 A Professor of Law at the Lead City University, Olopade Olusoga on Monday said the Ondo state elections, which produced the incumbent governor and Labour Party candidate, Olusegun Mimiko as winner, was a free and fair as there was no rancour or violence during the polls.

Mr Olusoga, who said he observed the election from his unit at Oke-Igbo, Ile-Oluji, said there was no rigging during the polls. He said the Ondo election passes as any conducted anywhere in the civilised world. 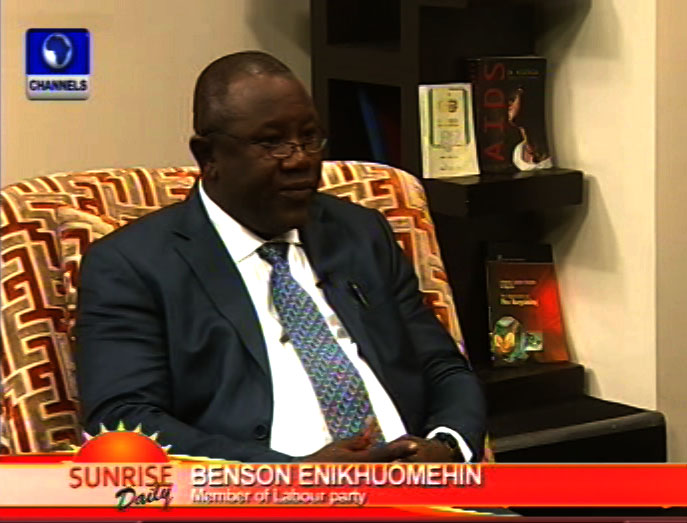 Benson Enokhuomehin a member of the Labour Party in Ondo state said the performance of the incumbent governor and winner of last Saturday’s governorship election, Olusegun Mimiko was the major determinant of his success at the poll.

Mr Enokhuomehin , who was speaking  as a guest on Channels Television’s breakfast programme, Sunrise Daily, said  the enlightenment of the people Ondo state also contributed largely to Mr Mimiko’s success. 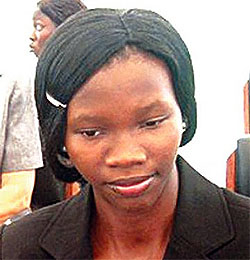 Tolulope graduated with the best result from a public school as she had nine distinctions, the best in the state and country.

Seventeen year-old Tolulope Falokun, an indigene of Ondo State was praised by her principal, teachers, non-academic staff and selected pupils of the school who were at the reception which the Ondo state government recently organised for her at her Alma Mata, St. Louis Secondary school.

Tributes were paid to Falokun’s simple nature and her quest for excellence. She was described as intelligent, hardworking, serious-minded and above all, highly disciplined pupil.

Born into the Samuel Falokun family on February 20, 1995, Tolulope is a native of Akure, and the third of four female children of her parents. She was among the best five students admitted into St. Louis Secondary School in 2005.

She was given a N100, 000.00 for her first tuition fee by the state government as she will going ahead to study Law in Obafemi Awolowo University.