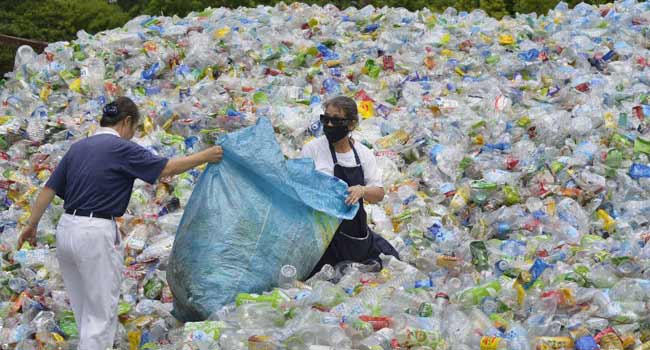 A study in the journal PLOS ONE on Wednesday found that degrading plastics emit powerful greenhouse gases like methane and ethylene, and are a previously unaccounted-for source of these heat-trapping pollutants.

Plastic water bottles, shopping bags, industrial plastics and food containers were all tested as part of the study.

The “most prolific emitter” was polyethylene, which is used in shopping bags and is the most produced and discarded synthetic polymer in the world, said the report.

Researchers have not yet calculated the level of harmful greenhouse gases emitted by plastics in the environment.

But with more than eight billion tons of plastic littering the planet — the lion’s share of which is not recyclable — and plastic production expected to double in the next two decades, they need to find out, said David Karl, the study’s senior author.

“Plastic represents a source of climate-relevant trace gases that is expected to increase as more plastic is produced and accumulated in the environment,” said Karl, a professor at the University of Hawaii at Manoa School of Ocean and Earth Science and Technology.

“This source is not yet budgeted for when assessing global methane and ethylene cycles, and may be significant.”

Plastic is already known to release harmful chemicals into the water and soil.

And greenhouse gases have risen to all-time highs, causing the Earth to heat up and oceans to mount, threatening coastal communities worldwide.

“Considering the amounts of plastic washing ashore on our coastlines and the amount of plastic exposed to ambient conditions, our finding provides further evidence that we need to stop plastic production at the source, especially single use plastic,” said lead author Sarah-Jeanne Royer, a postdoctoral research fellow at UH’s International Pacific Research Center. 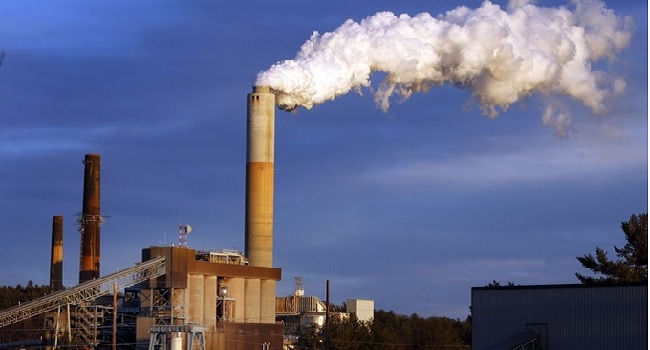 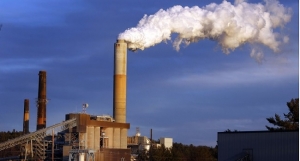 U.S President, Barack Obama, will unveil the final version of his plan to tackle greenhouse gases from coal-fired power plants.

The U.S President would on Monday, unveil what he had called “the biggest, most important step the US has ever taken” in tackling climate change.

The aim of the revised clean power plan is to cut greenhouse gas emissions from US power stations by nearly a third within 15 years.

The measures would place significant emphasis on wind and solar power and other renewable energy sources.

However, opponents in the energy industry had vowed to fight the plan.

They said that President Obama had declared “a war on coal”. Power plants fired by coal provide more than a third of the US electricity supply.

The revised plan aims to cut carbon emissions from the power sector by 32 per cent by 2030, compared with 2005 levels.

The regulation would also encourage an aggressive shift toward renewable energy away from coal-fired electricity, pushing utilities to invest even more heavily in wind and solar energy.

Industry groups and some lawmakers from states that have relied on coal-based energy had vowed to challenge the new requirements in the courts and through Congressional maneuvers, accusing the administration of a regulatory assault that would drive up energy prices.

The National Mining Association said on Sunday that it would seek to block the plan in federal court. “These (requirements) would burden Americans with increasingly high-costs for an essential service and a less reliable electric grid for delivering it,” said Hal Quinn, President of the NMA.

The National Rural Electric Cooperative Association, which represents co-ops that deliver energy to poor rural communities, said the Clean Power Plan would raise electricity prices by at least 10 per cent, a rise that would be disproportionately felt by “the country’s most vulnerable populations.”