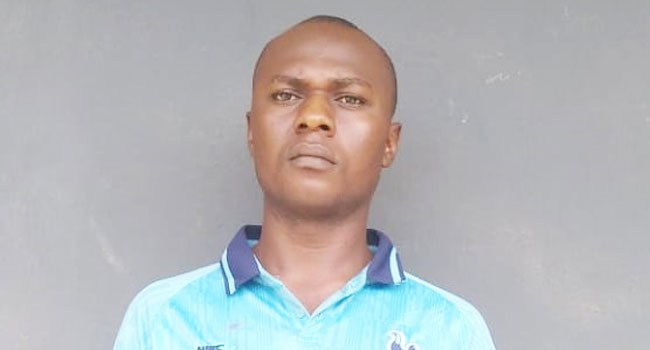 The Ogun State Police Command has arrested a former guard, Mela Samaila, for allegedly stealing the offering box of the Grace Nations Church, aka Liberation City.

In a statement issued on Friday, the Police Public Relations Officer, Abimbola Oyeyemi, said the suspect who worked for the church as a security official, broke into the auditorium.

According to the police spokesman, Samaila, reportedly stole the offering box containing an undisclosed amount of money in the church located at Ojodu Abiodun in the Ifo Local Government Area of Ogun State.

The suspect was said to be arrested following a distress call received by the police at the Ojodu Abiodun Divisional Headquarters from security men on duty at the church.

To Oyeyemi, the suspect broke into the church around 4am on Thursday, noting that the guards told the police that a thief scaled the fence of the church, broke into the main auditorium and made away with the church’s offering box.

“Upon the distress call, the DPO Ojodu Abiodun division, CSP Eyitayo Akinluwade, quickly mobilised his patrol team to the scene, combed the area and succeeded in arresting the suspect with the help of the security men of the church and the offering box was recovered from him,” he said.

“Preliminary investigation revealed that the suspect was once a security man in the church, but was relieved of his duty due to some untoward behaviour.”

Meanwhile, the state Commissioner of Police, Edward Ajogun, has directed that the suspect be charged to court. 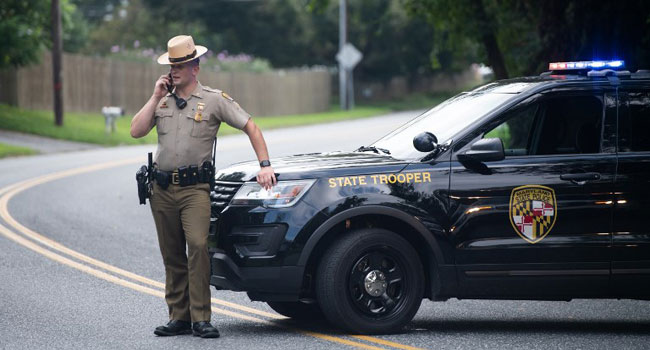 Illinois state police on Tuesday were investigating a white officer over the fatal shooting of a “brave” black security guard who had apprehended a suspected gunman at a bar outside Chicago, officials said.

The officer was placed on administrative leave after the incident, which took place in the early hours of Sunday at Manny’s Blue Room Lounge in the town of Robbins, 20 miles (32 kilometres) south of the Midwestern city.

The security guard, 26-year-old Jemel Roberson, was working at the bar, and intervened when an argument erupted and someone started shooting.

Several local police forces responded to the incident, in which four people were wounded, including the gunman. None had life-threatening injuries.

A police officer from the nearby village of Midlothian arrived at the scene and shot Roberson, despite the guard wearing a uniform with “security” emblazoned on it, according to witnesses.

Roberson “had somebody on the ground with his knee in back, with his gun in his back, like, ‘Don’t move,'” witness Adam Harris told Chicago television station WGN.

“Everybody was screaming out, ‘Security!’ He was a security guard,” Harris said, but police “saw a black man with a gun, and basically killed him.”

Roberson died of his injuries at a hospital.

The officer under investigation has not been formally identified, but a clerk at the department confirmed the officer was white and was placed on administrative leave pending the inquiry.

“Jemel Roberson was a brave man who was doing his best to end an active shooter situation,” Midlothian Police Chief Daniel Delaney said in a statement Tuesday.

Delaney, who supervises a force of 34 officers, said state police were investigating the shooting in order to “ensure transparency and maintain public trust.”

“The Midlothian Police Department is completely saddened by this tragic incident and we give our heartfelt condolences to Jemel, his family and his friends,” Delaney said.

The Illinois State Police has not formally commented on the incident.

Roberson’s family has sued the village of Midlothian and the unnamed officer over his death, alleging that the shooting was “excessive and unreasonable.”

An online GoFundMe campaign raised more than $90,000 to pay for Roberson’s funeral expenses — almost doubling the total amount of donations in less than a day, as news spread on social media.

The shooting was the latest in a long line of deadly encounters between police and African Americans that have sparked the Black Lives Matter movement.