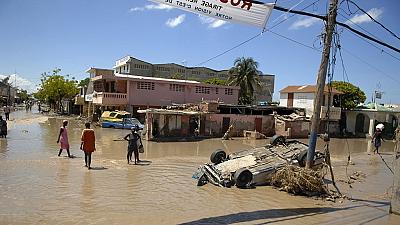 There are fears that the death toll in the wake of Hurricane Matthew which left behind widespread destruction in Haiti will continue to rise.

This comes as rescue and aid workers are finding it very difficult to reach the worst-hit areas with reports saying at least 336 people have died since the Category 4 hurricane hit Haiti.

A CNN Correspondent in Port-au-Prince, Shasta Darlington says “the death toll is rising on an hourly basis as aid workers and authorities get into these really hard-hit regions.”

A death toll count reported by Reuters put the death toll well over 800. The count is reportedly based on figures from local officials.

UN authorities last week said the hurricane is the country’s worst humanitarian crisis since the 2010 earthquake that shook the country to its knees.

As Haiti begins to count its losses in the aftermath of Hurricane Matthew, rescue workers are struggling to reach parts of the country cut off by the deadly tropical storm.

Officials say the destruction wrought by Hurricane Matthew has forced Haiti’s Presidential election scheduled for this weekend to be postponed.

Thousands of people have been displaced and at least 10 people have died. The storm knocked down communications and blocked roads, hindering emergency efforts.

The United Nations Children’s Fund says Haiti is facing the “largest humanitarian event” since the 2010 earthquake that hit the impoverish country.

It also warned that more than four million children could be affected in the aftermath of the hurricane damage, warning of a likely spread of waterborne diseases.

The hurricane which has been downgraded to a category three hurricane, may likely hit the US East Coast in coming days.

The storm has now moved off the North-Eastern coast of Cuba towards Florida, where warnings are in place.

South Carolina is to start evacuating more than a million people.

It is also nearing the Bahamas. 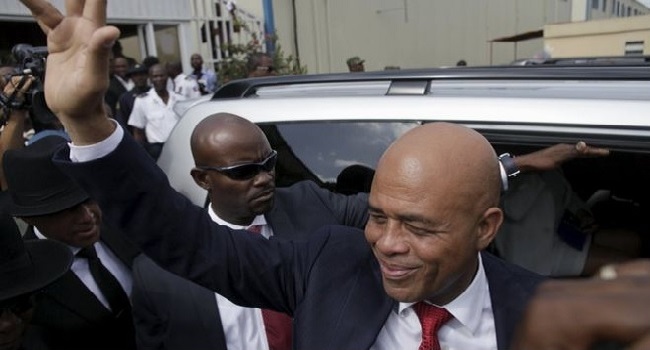 Haiti President, Michel Martelly, has stepped down at the end of his term amid tension over how he is to be replaced.

No successor has yet been chosen as opposition supporters challenged a deal to select an interim leader.

Under the latest agreement, parliament would elect an interim president and install a transitional government for a four-month term.

The runoff vote to elect his successor was shelved because of fears of violence and allegations of fraud. It will now be held on April 24, with a new president due to be sworn in on May 14.

Mr Martelly is constitutionally barred from seeking re-election, but has thrown his weight behind Jovenel Moise, a banana exporter who won the first round of the presidential election in November.

But the result has been contested by the opposition challenger, Jude Celestin.

He accused the electoral authorities of favouring Mr Moise and threatened to pull out of the runoff vote.

Haiti is still struggling to recover from a huge earthquake in 2010. 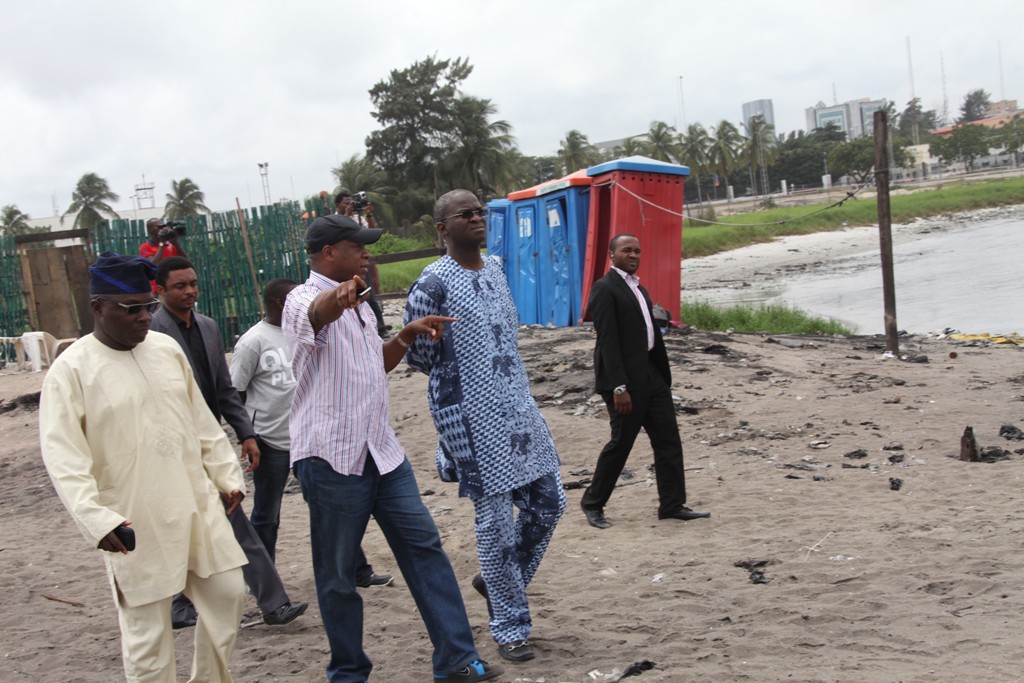 The governor of Lagos State, Mr Babatunde Fashola has warned residents in the state to be prepared for more ocean surge in what he described as the typhoon season which is raging across cities bordering the Atlantic Ocean.

The governor gave the warning on Saturday while inspecting the devastated Kuramo Beach in Victoria Island, which was destroyed by an over-night ocean surge, killing 16 people.

Mr Fashola described the ocean surge as part of a global environment challenge which the state government will continue to address with innovative and courageous solutions.

Noting that earlier in the day, Hurricane Isaac hit Haiti and some states United States, the governor stated “it is the same Atlantic ocean that is serving Haiti and most of the States and countries of the West African sub-region and Southern Africa to the left of your global map.”

“To your right is the Indian Ocean and right at the bottom around Cape Town is where the Indian Ocean and Atlantic meet. That is the Cape of Good Hope. So, people must understand this that if it is happening in those places, you must expect that there would be consequences down the line. America is going into hurricane season and we are bounded by the same Atlantic.”

The governor further explained “it is like when you throw a pebble into a bowl of water, you will see ripples. We will feel the ripple end (of Hurricane Isaac) maybe in a week or two as each storm hits America, as it hits Cuba and as it hits Haiti.”

“Now in the Pacific Ocean, the South East Asian nation, Taiwan and all of them are now being buffeted by serious typhoons. Are we going to pretend that we are not part of that world?” the governor asked.

Responding to the recent criticism that the on-going dredging for Eko Atlantic City could be responsible for the ocean surge, the Governor affirmed his government can beat its chest that “rather than being the cause of the problem, the project had been pivotal to saving the whole of Victoria Island from the Ocean surge”, adding that “people often forget when a problem had been solved.”

Governor Fashola explained that before the Eko Atlantic City project started, it was always front page news that the ocean surge had reached the Nigerian Law School, stressing that the same applied to the Modupe Oshikoya Avenue right in front of the IMB Plaza which was already gone.

“Now, you can drive through a road, now peoples’ homes did not flood. Victoria Island and Ikoyi are saved. Those are the financial heart of Nigeria’s capital markets today, banks, jobs, homes, skyscrapers and hotels. That is what the Eko Atlantic City has done”, he stated.

The governor pledged that since the problem is now manifesting itself in other parts of the state, it means government might have to extend the intensity of its work to the Kuramo parts and protect all of the homes and properties across the coastline up to Alpha Beach and Goshen Estate.

He descried the development at Kuramo as “an emergency that must be dealt with”, adding that if the federal government is not going to come to the aid of the state,  he will find ways to ensure that the State House of Assembly make appropriation for Kuramo. The Kuramo erosion challenge was not included in the budgetary plans for the year, he added.