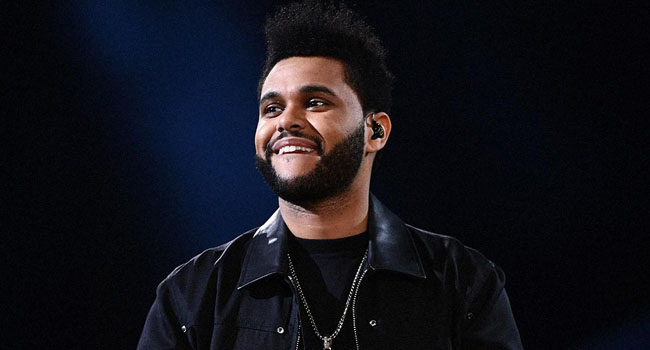 The showbiz world was filled with excitement and controversy on Tuesday afternoon following the announcement of the nominations for the 63rd Annual Grammy Awards.

While popular singers like Burna Boy, Beyonce, Taylor Swift, and Post Malone, among others, were shortlisted in various categories, the exclusion of Canadian artistes, The Weeknd, was one fans never saw coming.

The Weeknd, whose real name is Abel Tesfaye, had released a new album – After Hours – in March, a collection which was seen as one of the biggest commercial successes in the COVID-19 pandemic-stricken year.

Information and Communication Technology company, Alpha Data noted that the album already has about 1.8 billion streams.

The Weeknd’s latest single – Blinding Lights – has also become a hit thanks to popular TikTok dance trend, with 882 million streams.

Despite these metrics and a high level of visibility on other awards shows, the 30-year-old Canadian was left out of the list of 2020 Grammy Award nominees.

Reacting to Tuesday’s announcement, he accused the recording academy of corruption and bias.

A tweet posted by The Weeknd on Wednesday morning read:

The Grammys remain corrupt. You owe me, my fans and the industry transparency…

In response to The Weeknd’s tweet, interim boss of Grammy Awards, Harvey Mason, defended the recording academy, citing growing competition in all genres as the major factor for the artiste being left out of the list.

“We understand that The Weeknd is disappointed at not being nominated. I was surprised and can empathise with what he’s feeling,” he told Variety.

Mason, who showered praises on the artiste’s genius, added, “His music this year was excellent, and his contributions to the music community and broader world are worthy of everyone’s admiration.”

Despite the nomination snub, the star will headline the 2021 Pepsi Super Bowl LV Halftime Show on February 7, 2021, in Tampa Bay in Florida, the United States.