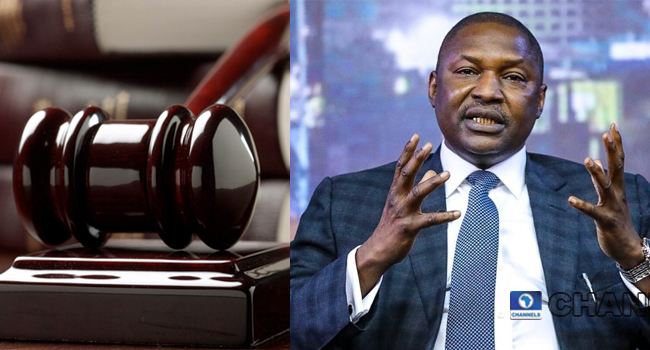 The Federal High Court sitting in Lagos has nullified all sales and disposals of assets made by the Attorney-General of the Federation (AGF), Abubakar Malami, under the Asset Tracing, Recovery and Management Regulations, 2019.

The court also nullified the Asset Tracing, Recovery and Management Regulations, 2019 for being “an invalid statutory instrument.”

It held that the Asset Tracing, Recovery and Management Regulations, 2019 were “ultra vires the office and powers” of the AGF.

Justice Ambrose Lewis-Allagoa made the order in a suit filed by the plaintiff, the Incorporated Trustees of the Human and Environmental Development Agenda (HEDA) Resource Centre, against the AGF.

On November 9, 2020, the AGF inaugurated the Inter-Ministerial Committee on the disposal of assets forfeited to the Federal Government.

This, according to the minister, was in accordance with the president’s directive in October 2018 following recommendations of the Presidential Audit Committee on Recovery and Management of Stolen Assets and a need for efficient management of the assets.

But HEDA, through its counsel, Omotayo Olatubosun, challenged the AGF’s power to set up the committee.

It argued that the Regulations conflicted with the Economic and Financial Crimes Commission (EFCC) Act, Trafficking in Persons (Prohibition) Enforcement and Administrative Act, 2015, National Drug Law Enforcement Agency (NDLEA) Act, 2004 and Independent Corrupt Practices Commission Act (ICPC), 2000, among others, on the matter of disposal of final forfeited assets.

The plaintiff sought nine reliefs, including the nullification of all disposals of assets by the AGF’s Committee.

In its judgment, the court dismissed the AGF’s preliminary objection argued by its counsel, Tolu Mokunolu, and granted all of HEDA’s reliefs as prayed on the motion paper.

Justice Lewis-Allagoa held: “I am entirely in agreement with the submission of counsels to the plaintiff that the Asset Tracing, Recovery and Management Regulations, 2019 are contrary to the statutory provisions of the Economic and Financial Crimes Commission EFCC Act, Trafficking in Persons Cohabitation Enforcement and Administration Act, NDLEA Act and Immigration Act.

“A careful perusal of the above statutory provisions will show the provisions for the Attorney-General of the Federation to make regulations for the agencies for disposal of assets under the various enactments listed above.

“The above statutory enactments are therefore the enabling source of the Attorney-General of the Federation to the regulations.

“Consequently, the administrative powers to be exercised by the Honourable Attorney-General of the Federation must flow from the enabling statutes.

“I am therefore in agreement with counsel for the plaintiff that the executive orders or any other forms of definition can be issued pursuant to session 315 of the Constitution; however, they are limited to enactments predating the 1999 Constitution.

“In all and for the reasons hereinbefore given in this judgement, the questions put for determination in the originating summons are answered in favour of the plaintiff and all the reliefs sought are granted as prayed. This is the judgment of the court read in the open court.”

The Plaintiff’s reliefs granted by the judge include a declaration that by the ICPC Act, the Asset Tracing, Recovery and Management Regulations, 2019 “is an invalid statutory instrument the former having conferred no power arrogated by the Defendant to himself in the latter Regulations;

“An Order nullifying the Asset Tracing, Recovery and Management Regulations, 2019 as an invalid statutory instrument same being in excess of the provisions of the Independent Corrupt Practices Commission Act, 2000;

“An Order nullifying all sales and disposals of assets made by the Defendant pursuant to the said Asset Tracing, Recovery and Management Regulations, 2019 same being ultra vires the office and powers of the Defendant.” 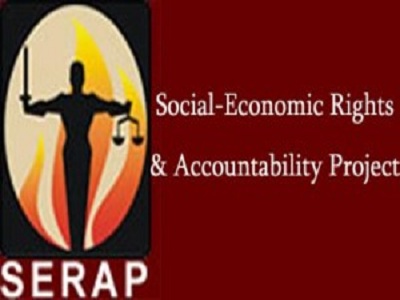 y groups in Nigeria have urged international organisations, particularly the UN Human Rights Council and the African Commission on Human and Peoples’ Rights to punish whoever may be involved in violent act before, during or after the elections and to monitor closely the violation of human rights.

The SERAP Executive Director, Adetokunbo Mumuni, on behalf of the group stated that if drastic actions were not taken by the police and security agencies, the situation would worsen during the election since even before the elections, there had been violent attacks and killings.

He pointed out that every Nigerian particularly Ekiti voters should be able to exercise their voting rights since the election would enable the voters to elect candidates of their choice and the only way they could influence governmental decision was through their votes.

“The law enforcement agencies will be held responsible for extrajudicial executions, enforced disappearances, arbitrary arrests, unlawful destruction of private property and other serious human rights violations that occur around the Ekiti election,” the groups said.

They added that following the Universal Declaration of Human Rights 1948 which recognises the role of free and fair elections called on INEC to ensure credibility in the electoral processes so that the outcome would reflect the people’s choices.

Recalling the bad record of past elections that have led to the ongoing violations and denial of citizens right to participate in government, the group further urged the Inspector General of Police to ensure full and effective justice to the victims and try to stem the abuses and violence leading up to the election.

According to the groups, strict compliance with Nigeria’s obligations under the International Covenant on Civil and Political Rights should be followed and arrests should be made with necessary court-ordered warrants.  They also stressed the need for detainees held to recognise places of detention with prompt access to lawyers and family and timely production before relevant court.

They called on the Nigerian government to uphold the citizens’ right to liberty and security. “The government should ensure that no one is arbitrarily deprived of his or her life, or subjected to torture and to thoroughly and promptly investigate serious violations of human rights such as the right to life or freedom from torture, prosecute those implicated by the evidence and, if their guilt is established following a fair trial, impose proportionate penalties,” the groups said.