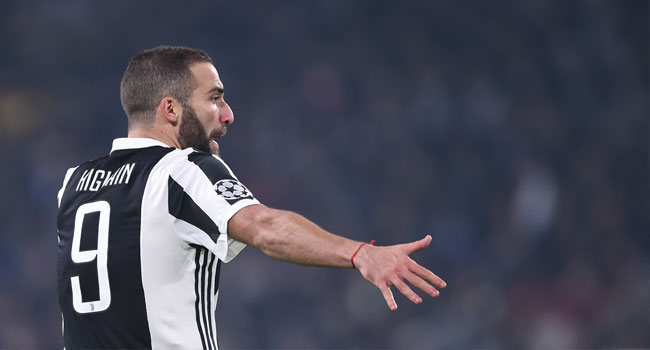 Juventus have terminated the contract of striker Gonzalo Higuain with the Argentine joining Inter Miami in the US Major League Soccer on Friday.

The 32-year-old joins former Juventus teammate Blaise Matuidi at the Florida team after leaving the Serie A champion and will play in the same league as his older brother Federico, who is now with D.C. United.

“Individually, my goal is to demonstrate that I can contribute and continue playing great football here,” Argentine Higuain said. “I hope I can achieve that because I have all the tools necessary to succeed.”

Higuain moved to Juventus for 90 million euros (today $106.5 million) from Napoli in 2016, but after two solid seasons fell out of favor and spent the 2018-19 campaign on loan first at AC Milan and then Chelsea before rejoining Juve last summer.

New Juve coach Andrea Pirlo has said that Higuain, who played in three World Cups for Argentina and scored 31 goals in 75 international appearances, was not part of the club’s plans.

He leaves having helped Juve to win three Serie A titles, including their most recent triumph last season.

“I want to thank Inter Miami for the effort it has made to sign me,” added Higuain. “I think it will be a beautiful experience in my life.

“It’s what I was looking for — a new experience, a new league and a beautiful city. I’m really happy to be here and that it’s official.

“My goal is to try to transmit all the experience I acquired in Europe and to help the team grow.”

Anything would help the Miami, who are bottom of the overall table with two wins and two drawn in 11 matches. They have managed only nine goals and their 0-5 start was the worst for any first-year MLS club.

“We are pleased to close a deal with Gonzalo and add an experienced and successful goalscorer, who has excelled in the world’s best teams and leagues,” Inter Miami sporting director Paul McDonough said.

“Our goal is to not only bring elite players to Inter Miami, but also good people that share our ambition and aspiration of making history in North American futbol, and we’re confident we have found that in Gonzalo.”