Addressing reporters after the court proceedings, the Kano State Commissioner of Police, Musa Katsina, said most of the victims were receiving treatment in undisclosed hospitals across the state.

Most of the victims are said to be boys and girls below the age of 10.

According to the Police, some of the victims were gang-raped by men old enough to be their grandparents. Three of the victims tested HIV positive while several others are being treated of various Sexually Transmitted Diseases.

Although most of the suspects denied any involvement in rape, the court ordered that they should be remanded, pending the outcome of further investigations.

Meanwhile, the Police Commissioner, who said there would be no going back on his campaign against rapists, also called on parents to remain vigilant and ensure they know the whereabouts of their children at all time.

The command therefore urged members of the community not to hesitate in reporting any case of rape or child abuse to the nearest Police Station, as protection of children’s right is non-negotiable. He reminded them that the protection of children had become a collective responsibility of all. 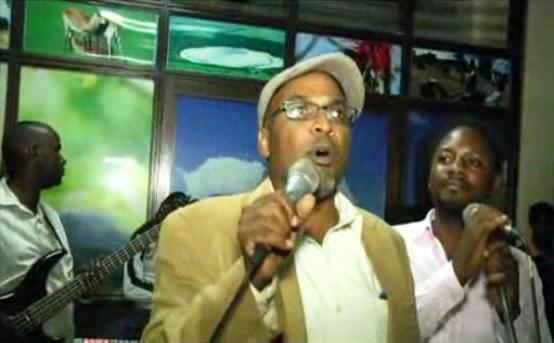 Anti-gay campaigners celebrated at the national theatre in Uganda’s capital, Kampala on Monday (February 24) after President Yoweri Museveni signed into a law, a bill that imposes harsh penalties for homosexuality.

Pastor Martin Ssempa a long-time campaigner against homosexuality spoke to a crowd gathered for a weekly musical performance at the theatre as his supporters cheered and the band played.

“Somebody go tell Barack Obama Africa says no, Africa says no to Sodomy, we only know one way to love – a man marrying a woman. I am going to make one announcement here, if there is anyone who has been ruptured because of homosexuality, am setting up a clinic for repairing rectums, we are going to put up a redemption centre, if a boy thinks he is a girl, if a girl thinks she is a man, we want to help you so you want to get my address, we want to pray for you, we want to help you out because you know, every woman needs a man and every man needs a woman,” he said.

Uganda’s President signed the law, defying protests from rights groups, criticism from Western donors and a U.S. warning that it would complicate relations.

The new bill strengthened existing punishments for anyone caught having gay sex, imposing jail terms of up to life for “aggravated homosexuality” – including sex with a minor or while HIV-positive.

It criminalised lesbianism for the first time and made it a crime to help individuals engage in homosexual acts.

Gay and lesbian organisations fear the bill would encourage other governments to strengthen penalties, increase harassment, discourage people from taking HIV tests and make it impossible to live an openly gay life.

Gay rights activists in Uganda said they planned a legal challenge. Spokesperson for Uganda’s Gay and Lesbian community, Julia Pepe Onziema said that they would study the final draft of the bill carefully before presenting a petition.

“Clause by clause, article by article, we are going to definitely make a case, we already have papers prepared but we are going to have to look through again because the final copy that the President signed today, we haven’t had a chance to look at,” said Onziema.

“For my community, the moment parliament passed it, they were like we are dead, we cannot be here so people started leaving one by one and they are seeking asylum in different countries in East African countries and African countries that are legal for them to be who they are and also Europe and the Americas, in terms of numbers at least by today, there are thirteen people who have left,” she added.

Homosexuality is taboo in almost all African countries and illegal in 37 – including Uganda, where rights groups say gay people have long risked jail. Fear of violence, imprisonment and loss of jobs means few gays in Africa come out.

Western donors immediately criticised Uganda. Norway and Denmark said they were withholding or diverting aid money and Austria said it was reviewing assistance. Britain condemned the new law but did not mention aid cuts.

On the streets of Kampala, residents expressed widespread support but there was local criticism of the law on social media with some saying Uganda had bigger problems.

“The President to sign the anti-homosexuality bill was extremely good because all Ugandans decided not to adopt that homosexual behaviour; it was actually extremely very bad for Ugandans to adopt that. All Ugandans are happy about that,” said Richard Byarugaba, a Kampala resident.

The legislation exposes the wide gulf between the continent’s often culturally conservative administrations and many of the foreign donor states that support them. Gambia’s President Yahya Jammeh last week called homosexuals “vermin”.

The Uganda’s move should please conservative voters ahead of presidential elections scheduled for 2016.

In neighbouring Kenya, a group of MPs has called for the enforcement of existing anti-gay laws that have been largely ignored. Some Kenyans praised Uganda’s actions. 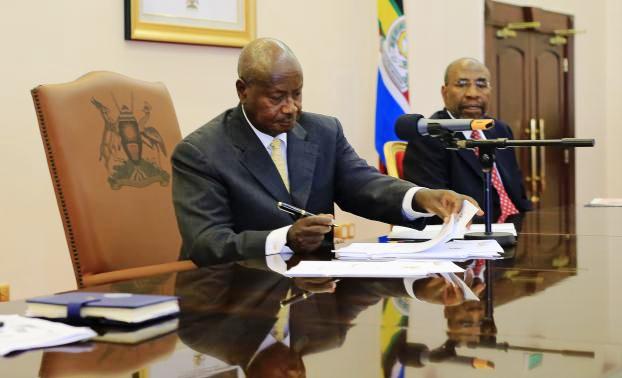 Uganda’s President, Yoweri Museveni, has signed a law imposing harsh penalties for homosexuality on Monday, defying protests from rights groups, criticism from Western donors and a U.S. warning that it will complicate relations.

The new bill strengthened existing punishments for anyone caught having gay sex, imposing jail terms of up to life for “aggravated homosexuality” – including sex with a minor or while HIV positive.

It criminalized lesbianism for the first time and made it a crime to help individuals engage in homosexual acts. Gay rights activists in Uganda said they planned a legal challenge.

Ugandan officials broke into loud applause as President Yoweri Museveni put his signature to the document in front of foreign journalists at his State House outside the capital.

“There’s now an attempt at social imperialism, to impose social values. We’re sorry to see that you (the West) live the way you live but we keep quiet about it,” he said.

The legislation exposes the wide gulf between the continent’s often culturally conservative administrations and many of the foreign donor states that support them. Gambia’s President Yahya Jammeh last week called homosexuals “vermin”.

Western donors immediately criticized Uganda. Norway and Denmark said they were withholding or diverting aid money and Austria said it was reviewing assistance. Britain, a big donor, condemned the new law but did not mention aid cuts.

“I feel sick. The degrading words the president has use…my country is in a state of insanity right now,” said Ugandan gay activist, Kasha Nabagesera, adding that the gay community expected to challenge the bill in the courts.

Gay and lesbian organizations fear the bill will encourage other governments to strengthen penalties, increase harassment, discourage people from taking HIV tests and make it impossible to live an openly gay life.

“Disapproval of homosexuality by some can never justify violating the fundamental human rights of others,” U.N. High Commissioner for Human Rights, Navi Pillay, said in a statement. 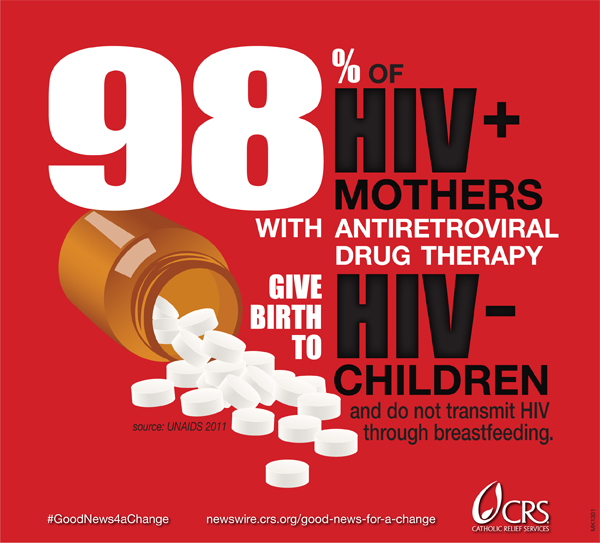 The National Agency for the Control of AIDS (NACA) has revealed that 70,000 infants are infected with HIV/AIDS through mother to child transmission in Nigeria annually.

The Director-General of the agency; Professor John Idoko told Channels Television that Nigeria bears the largest burden of HIV positive women who transmit to their babies.

He said out of 6 million pregnancies annually, 230,000 are HIV positive and mother to child transmission. 70,000 positive infants as the outcome annually, making this group a major source of HIV transmission followed by sex workers.

Our correspondent, Doris Okenwa, in this community report, examines HIV prevalence in the country and some of the key issues surrounding it.

We would like to inform our viewers that some of the pictures may be disturbing.


On the prevalence rate of the HIV/AIDS in Nigeria, geographical statistics from NACA, places Benue state as the highest in the country followed closely by Akwa Ibom, Bayelsa, Anambra and the Federal Capital Territory.

An HIV patient whom Dories Okenwa spoke to is a 40-year old mother of four infected with HIV/AIDS by her partner in 1999 and unfortunately, passed it on to her youngest child who is now 13.