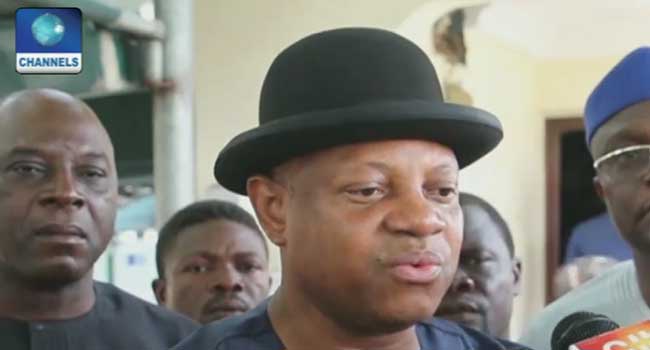 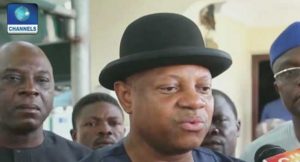 Amidst the challenges of inadequate local refining capacity and meeting the demand for refined petroleum products, the Federal Government seems to be thinking of encouraging artisanal refineries which had bridged the product supply gap for decades.

Although outlawed, more than 60% of diesel and kerosene used in the region are sourced from local bush refineries produced from stolen crude through fractional distillation.

Mr Boroh, who is the Coordinator of the Presidential Amnesty Programme, assured the people of the region that the proposed modular refineries in oil-producing communities would engender a new era in the Niger Delta region.

Speaking on Saturday in Yenagoa, the Bayelsa State capital, he restated the commitment of the President Buhari’s administration towards the people of the region.

The President’s aide stated that the Federal Government’s intention of making oil bearing the hub for refining and related activities would not only create decent jobs and income for the people, but put them in a better position to drive the local economy.

While lauding the government’s new vision for the region, appealed to the youths to be calm, focused and more articulate in their quest for better living conditions and take advantage of the good gestures of the present administration.

“The Federal Government is seeking better ways for Niger Delta people to participate in the development process of the region through meaningful engagements.

“The Federal Government’s new partnership arrangement will bring about an unprecedented infrastructural development in the region.

“The government is working with the oil-producing states, local governments, oil companies and the private sector, including civil society organisations to achieve sustainable development in Niger Delta,” the amnesty coordinator revealed.

Boroh further commended the Acting President, Professor Yemi Osinbajo, for taking the pains to identify with the people through his tour of the region.

“The planned oil-communities-intervention-meeting by the Federal Government to chart short, medium and long term development blueprint is a strategy to enhance the socio-economic activities in the region.

“The proposed coming on stream of modular refineries in oil bearing communities, the ex-agitators and other youths in the region will be meaningfully engaged in decent job.

“Those with entrepreneurial skills in oil and gas can participate in the petro-chemical industries in their communities which will soon become the new hub for refining activities,” he explained.

Reacting to Boroh’s remarks, Chairman of Phase II Ex-agitators in the Niger Delta, Honourable Salvation Rifus, applauded President Buhari for demonstrating his sincere wish for the people of the region.

He said the option of allowing modular refineries to be located in oil bearing communities in the Niger Delta region speaks volume of the sincere intentions of the present administration towards the Niger Delta youths.

Rifus added that the tour of the oil communities by the Acting President had shown that the Federal Government was committed to the development of the region.

He noted that the decision to allow the oil bearing communities to legally operate modular refineries was the best thing that has happened to the people, describing it as a welcome development.