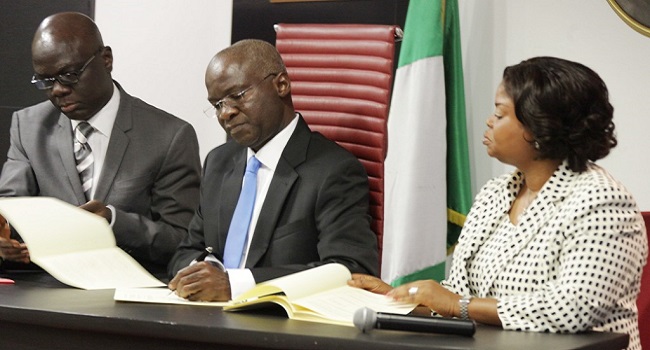 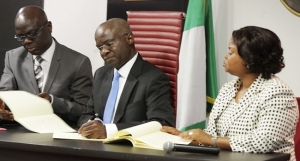 A bill amending the Lagos State Mortgage and Property Law of 2010 has been signed into law.

The Governor of the State, Mr Babatunde Fashola, signed the bill on Monday, saying the amendment was necessitated by the need to make the law more effective and meet current realities in the State’s Housing system.

After signing the bill into law, Governor Fashola said the new law would enable the State’s Mortgage Board to be truly independent without interference by any person or body in the discharge of its duties.

He expressed optimism that the new law would give institutional support and independence to the Board.

“We hope that the law will assist to give institutional support to the Board to be able to continue not only to build houses but also to provide mortgage finance and to do all of the things that it should do,” he said.

The Lagos State Governor further said that the opening up of means of generating needed financial support was one of the things that had been taken care of in the new law.

Another adjustment the law made was the lowering of the representation of the Ministry of Housing in the Board to the level of Assistant Director.

“Should there be a problem, things would escalate first to either a Director and then appropriately to a Permanent Secretary to whom Ministries and parastatals report for oversight.

“The adjustments that the law sought to make is to create proper governmental and institutional control. One interesting thing in all of these to me is that it shows clearly the fallibility of man in every undertaking that he pursues and it also shows how dynamic human thinking can be,” Governor Fashola said.

Thanking the Attorney General and Commissioner for Justice, Mr Ade Ipaye, and the Speaker and members of the State House of Assembly for passing this law, the Governor stressed that nobody should be entrapped by anything he created.

“Once we create it and it is not serving the purpose for which it was created we must also have the courage to take a second look at it and this is what we have done with this law,” Governor Fashola stated.

The Lagos Mortgage Board was created initially to deal with the problem of who should own the houses that Government wanted to sell.