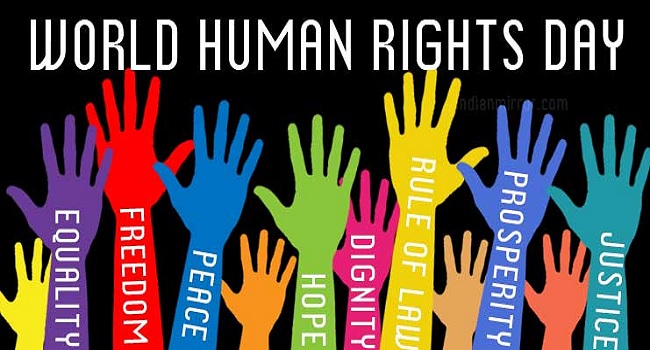 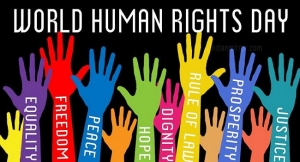 As Nigerians join the rest of the world to mark Human Rights Day, social activists, civil society groups and unions have advocated enforcement of fundamental human rights and protection against any form of violation.

Speaking at a press parley in Osogbo, the Osun State capital, the State Coordinator of Legal Aid, Julie Olorunfemi, called for better treatment for prisoners as well as civil servants.

According to her although enforcement of human rights in Nigeria under democracy has improved compared to what was obtainable during the military era, more still needs to be done.

She said prisoners need to be allowed to exercise their rights and not be unjustly treated.

‎The President of the Committee for the Defence of Human Right, Akin Asifat, civil servants in Nigeria should be treated right and not be treated with disdain.

He condemned the proposed plan of state government to stop the N18, 000 minimum wage, maintaining that it is against the treatment of human rights.

Police officials in Nigeria have been asked to ensure that the rights of Nigerians and all residents are upheld and sustained.

The Inspector General of Police (IGP), Mr Suleiman Abba, gave the command in Commemoration of the International Human Rights Day 2014 and as further proof of his commitment to respecting the rights of Nigerians.

The police chief further stated that a poignant example of his administration’s commitment to upholding Human Rights was the recent launch of the Nigeria Police Force Human Rights Practice Manual.

The document was produced with support from Altus Global Alliance, Department of Foreign International Development (DFID), Cleen Foundation, Justice for All Nigeria (J4A) and theEmbassy of Switzerland, Abuja.

A statement by the spokesman for the police, Mr Emmanuel Ojukwu, said the Human Rights Practice Manual was a legacy of IGP Abba-led Police Management Team and the Force’s unflinching resolve to expose all personnel of the Nigeria Police Force to practical and theoretical aspects of Human Rights based approaches to policing in conformity with global best practices.

After the launch of the Human Rights Manual a Human Rights Desk was created to be manned by officers in all the formations of the Nigeria Police Force.

The Desk Officers are tasked with ensuring that rights of suspects are protected and cared for.

The IGP further emphasised his commitment to walking the talk in observance of the Human Rights of all Nigerians irrespective of class, creed and tongue.

A rights group, Amnesty International had accused the Nigerian police of extra judicial killings and series of Human rights abuses.

Although the police dismissed the claims, it claims that the reforms it is putting in place will help address the issues of Human Rights abuses.

The Police High Command further expressed its commitment to protecting Human Rights and to doing all that is humanly possible within the confines of established constitutional means, to ensure that the rights remained inviolable as enshrined in the 1999 Constitution and in conformity with the ECOWAS, AU and the United Nations Declarations on Human Rights. 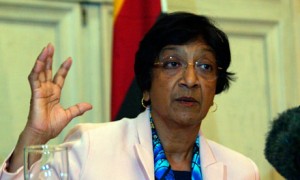 Ahead of the International Day Against Racism, the United Nations High Commissioner on Human Rights, Miss Navi Pillay, has promised to defend and uphold the rights of all persons across the globe.

A representative of the civil society group criticised the terrorism prevention act passed into law by the Federal Government of Nigeria for prescribing death penalty while a human rights ambassador and the coordinator, Human Rights Agenda, Chinonye Obiagwu, promised to partner with the National Human Rights Commission in promoting human rights.

The Executive Secretary of the National Human Rights Commission, Professor Bem Angwe, reaffirmed the mandate of the commission to protect the right of all Nigerians at all times.

The working visit by the United Nations High Commissioner on Human Rights to the National Human Rights Commission was aimed at forging a new partnership that would ensure the protection of peoples’ rights.