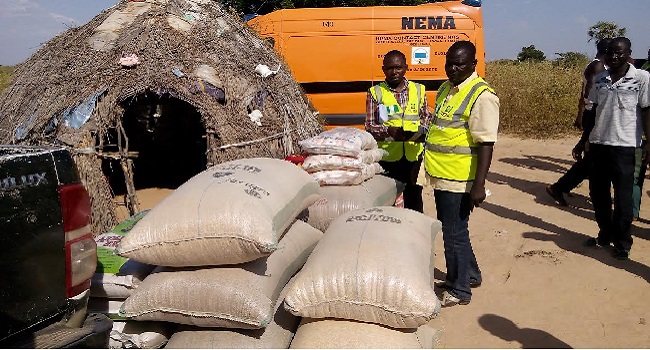 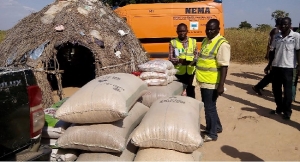 The Niger State Emergency Management Agency, NSEMA on Wednesday, begun the distribution of relief materials to 16 local governments affected by flood in 2015.

The Niger State Deputy Governor, Ahmed Ketso, at the flag off ceremony, said that it cost the state government a sum of 50 million Naira to package the relief materials for the 16 affected local governments in the state.

Mr Ketso stated that the materials were meant to cushion the effect of the flood on the life’s of the victims.

He, however, warned the handling officials to ensure that the materials got to the persons they were meant for.

The Director General of Niger State Emergency Management Agency, Ibrahim Inga, also assured the Governor that measures had been put in place to ensure effective distribution of the relief materials through their Local Government Desk Officers, who took record of the victims.

Mr Inga told reporters that the materials distributed include; two trucks of cement and rice each (1,200) respectively, 500 bags of maize, 300 bags of garri and 200 roofing sheets.

Others were 200 jerrycans of Palm oil and groundnut oil each, 200 cartons of salt and 4,400 cartons of food seasoning.

The Chairman of Bida Local Government Area, Baba Indaman, represented by Umaru Gbate, who received the goods on behalf of other councils, assured the affected persons of a judicious distribution of the materials.

Mr Gbate expressed happiness over the gesture from the state government noting that mechanism has been put in place for onward distribution through their ward chairmen, who would hand the items over to them, with the record available to them.