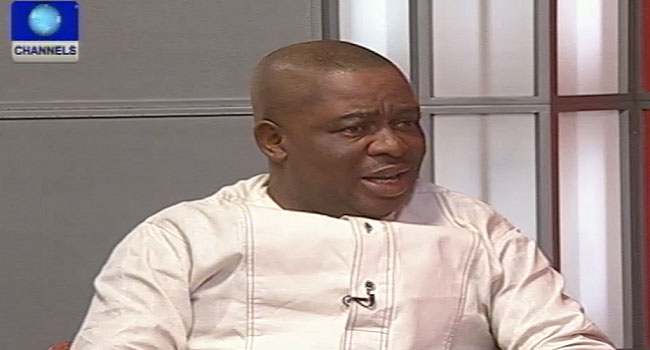 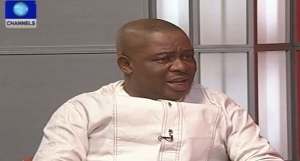 
Mr Idaye Opi, told Channels Television that the Nigeria Governors Forum was set up against the stipulations of Section 183 of the nation’s constitution.

“The Governors Forum is an affront to section 183 which reads: “The governor ‘shall not’, during the period when he holds office, hold any other executive or paid employment in any capacity ‘whatsoever’.

“The Nigerian Governors Forum constitution, Article 7 lists out the functions of the executive committee which is made up of serving governors.

“The word executive is huge in that committee,” he said.

Expressing his grouse over the establishment of the Forum further, he pointed out that Nigeria is going through some serious crossroads.

“We do not have jobs, power or the economy going on properly. The Governor’s work is time conscious and he does not want distraction.

“The Constitution granted immunity to the Governor not as luxury but for the fact that the governor is not expected to be distracted.

“But the governors filter the time value they are supposed to put into their work away”.

He further explained that the Governors Forum was a purely private enterprise and not a government enterprise.

According to him, the Forum is registered under Part C of the Companies and Allied Matters Act.

“What they do is their business and it is not a constitutional body or a body that was brought into existence by a statute.

“The governors do not have the freedom of association. Because the section 40 of the Nigerian constitution now supersedes Section 183,” he stressed.

The governor’s forum had called on the Minister of Finance, Dr. Ngozi Okonjo-Iweala, to account for $20 billion oil revenue.

The governors insisted that since funds in the Excess Crude Account were last disbursed in May 2013, there is need for the Minister of Finance and Coordinating Minister of the Economy to provide explanation for accruals to the account from June 2013 to April 2015, which were estimated at over $20 billion.

But Mr Opi condemned the governor’s request, emphasising that the Governors had no right to carry out oversight function on the Federal Government. 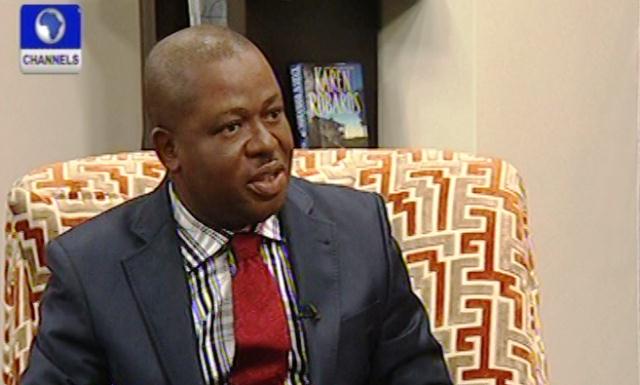 A legal practitioner, Idaye Opi, on Wednesday said the Block Budget Directive by the leadership of the All Progressives Congress to its members in the National Assembly is not ‘filibustering,’ as it claims.

According to the lawyer, filibustering is a concept used by parliament to delay debates, but that current situation involving the PDP led government, the national budget and the APC is “a different ball game.”

Speaking on Sunrise Daily, Mr Opi referred to Section 4(2) of the Nigerian constitution which states that “the underlining reason for law making or for the exercise of legislative power is for the peace, order and good government of Nigeria” which means that “for you to make law, the debate and contributions must be based on the order, peace and good government of Nigeria.”

“It does not mean that you have to base it on a directive from your party, outside of the assembly, because your party cannot ask you to breach the constitution,” he added.

He faulted the APC lawmakers for taking instruction from the party in matters of State, adding that “all the members of the Assembly took oath of office to defend the constitution and if you are going to make law and your consideration is not order, peace and good government of Nigeria, but what your party told you, it is a breach of that section of the constitution.”

Mr Opi who insisted that the directive is not filibustering said the concept is applicable only in matters concerning bills before the parliament. “If a bill is given and you don’t understand or you agree with the contents of the bill, you use filibustering to insist that they amend or correct it.”

The crisis in Rivers State has been cited as the bone of contention for which the opposition has insisted that the President intervene but Mr Opi insists that a law suit would be appropriate to solve the problem.

According to him, filibustering can be used “for issues that are nonjusticiable” but “the things they are talking about in APC are justiciable. They can go to court.”

“You can challenge the powers of the Commissioner of Police in Rivers State as well as challenge things by the Jonathan led administration which they do not like.

Mr Opi gave example of the disagreement between the lawmakers and the executive arm over the crude oil benchmark as an act of filibustering but that the crisis in Rivers State is not as a result of any bill and so filibustering does not apply to it.

A Legal Practitioner, Idaye Opi, who was in Port Harcourt when the Police raid of the ‘Save Rivers Movement’ rally occurred  on Sunday, January 12, has thrown more light on the role of the Police in the issue.

Contributing to Channels Television breakfast programme, ‘Sunrise Daily’ on Tuesday, via telephone, Opi clarified that by his observation of the overwhelming view in the city, the Police used only tear gas to disperse the crowd, as there was no bullet.

He also said that the Police, asides saying that the organisers had no permit,  also claimed that they got reports that some people were planning to invade and cause mayhem at the rally.

The Police stated that the way and manner the organisers went about their activities, it may have degenerate into skirmish, but Opi also noted that the Police did not act right.

He said: “We are not in the State of Emergency in Rivers State.”

He reiterated his position in the state as “not being an Amaechi apologist. “In this instance, I believe that the Police was very wrong, as nobody needs a police permit for a public gathering.”

He argued that labour unions, political parties, churches and other organizations could organise rallies without such demands being made of them.

Opi added that if indeed the Police had fears that the event was going to degenerate into a breakdown of law and order, they should have gone to watch over them in order to step in when they sense trouble approaching. 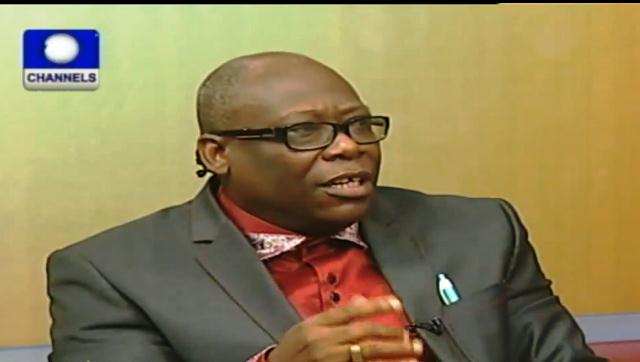 A Lawyer and Journalist, Richard Akinola, has joined the group of Nigerians who are against the Rivers State Police raid of the ‘Save Rivers Movement’ rally on Sunday, January 12, 2014, but not without some warning for the Nigerian media.


Akinola noted on Channels Television’s ‘Sunrise Daily’ that by the laws of Nigeria, the Police do not have any right to stop anyone from gathering.

He explained this by citing the case of the Inspector-General of Police vs. ANPP, in which sections of the Public Order Act had been declared null and void by the court, due to its inconsistency with the provisions of Section 40 of the Nigerian Constitution, which gives a right of Peaceful Assembly to every Nigerian.

He noted that if the Police according to their claims, indeed had fears that the rally could have degenerated into a crisis, the criminal code was enough to cover for their act of stepping in to prevent the degeneration, and not totally disrupting the holding of the gathering itself.

People are only meant to notify Police about their actions for the purpose of coverage and not to obtain permit; in the case of ‘Save Rivers Movement’ rally organisers, their claim that they informed the Police in a letter to apply for security already amounted to a notification.

Akinola also said that the relationship between the organisers and the Police could have been more civil, recalling several protests he had been part of, in which the Police played what he believed to be their expected role.

He submitted, “This is all politics, and unfortunately the Rivers State Commissioner of Police is too involved in the politics of Rivers State.” He likened the situation to the case of former Anambra State Governor, Senator Chris Ngige, during his tenure as the Governor, when the Anambra State Commissioner of Police was also a prominent feature in his tussle to keep his position.

He alleged that the plan of the perpetrators is to push Rivers State into a State of Emergency, but “This is not about Amaechi, it is about principle, and true democracy.”

Akinola was however reminded that the Rivers Police Commissioner, Joseph Mbu, had worked in other states and with other governors without any problems, but he dismissed the claims saying that whatever his claims were, do not match up with what Nigerians have seen him do in Rivers State.

In further nullifying CP Mbu’s claims, he cited the case of the arrest of Rivers lawmaker, Chidi Lloyd, for murder. He wondered why the Police went straight to accuse him of murder when the case of manslaughter should have been the first consideration. He alleged that despite revealations that Chidi Lloyd was not the one who drove the car, with the driver having made a statement to that effect, the Police has been keeping those details from the people.

He said, “I feel disappointed in the Inspector-General of Police particularly…because I have been a silent supporter of his ideals.”

He noted that whether an event is tagged rally or gathering, the rights to peaceful assembly has been provided for, in Section 40 of the Nigerian Constitution. We need to “Remove this military hangover and allow democracy to grow.”

A Channels Television viewer however brought another angle into the discussion with his contribution; a certain Dr. Bright questioned the validity of Senator Magnus Abe’s claims on the severity of his injury during the raid, as he was of the opinion that politicians take advantage of such issues to seek public sympathy.

Akinola agreed with the view on Magnus Abe, explaining that he did not feel that rubber bullet could have been shot at the Senator when the Nigerian Police was not known to use rubber bullets. He explained that what hit him may have been the canister of the tear gas. He however believed that the tear gas was indeed shot at close range.

He then berated the role of the Nigerian media in the heated political atmosphere in Rivers State and the entire country, as there were too many interests from the media. He said that he could almost tell where a story was coming from and its underlining interest, just by looking at the headline.

He warned, “Let’s be frank, the media is part of the problem and there needs to be some soul searching in the media, otherwise the media would have been totally destroyed by 2015.”

He added, “We should be very careful as a people, and never make any mistake that would allow the military to come back because the damages they made were enormous.”