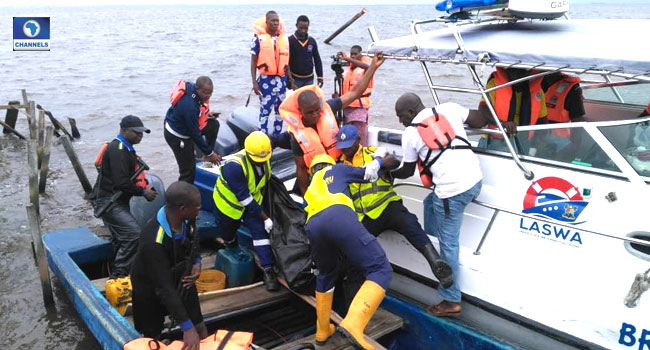 Two persons were killed and several others missing following a boat mishap that occurred at the Ipakan Boat Jetty, Egbin in the Ikorodu area of Lagos State.

The boat which is reported to have been en route Badore in Ajah to Egbin in Ikorodu with about 21 passengers on board allegedly capsized on Saturday night.

The Director-General of the Lagos State Emergency Management Agency (LASEMA), Femi Oke-Osanyintolu, who confirmed the incident which occurred at about 11:00 pm, said investigations reveal that the boat was flipped over by the heavy current.

Three persons were, however, rescued and taken to hospital while the dead comprise a 40-year old woman and a yet-to-be-identified man who were found by the agency’s response team.

Rescue and recovery efforts continue for the other missing passengers by officials of LASEMA, the state’s Waterways Agency (LASWA) and the Marine Police.