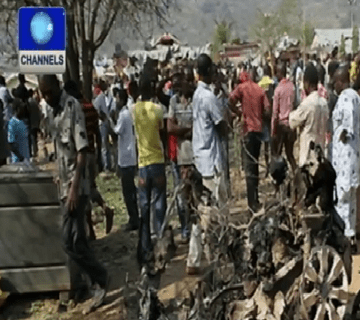 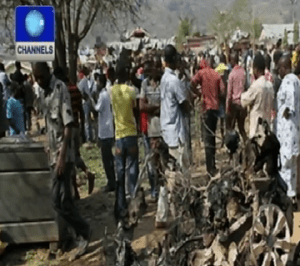 13 people are reported to have been killed after gunmen, suspected to be Fulani herdsmen, attacked lwa, Dum, Rachit and Dyang villages of Bachit district in Riyom Local Government Area of Plateau State. 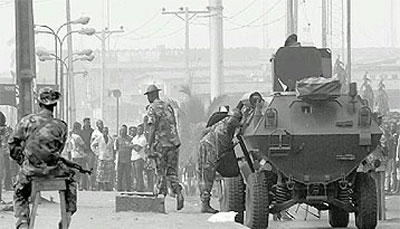 At least six suspected terrorists have been confirmed dead while few others arrested following an early morning raid by the Joint Security Force in Sheka area of Kumbotso local government area of Kano state.

Confirming the operation to Channels Television, the JTF spokesperson captain Ikedichi Iweha said one soldier was also killed during the operation while five women and three children were rescued from the house suspected to be occupied by the terrorists.

“This operation was carried out following a tip off from our military intelligence; initially we wanted to search the house but suddenly we were engaged with several gunshots and we responded in self-defense.”

Iweha also explain that three ak47 riffle, several magazines and many improvised explosives devices were recovered during the raid.

Although during the JTF last operation at Yan’ Awaki, the officers were accused of intimidating innocent civilians and even killed some, but Iweha stressed that there operation was professionally carried out and that there are no civilian casualty from the raid.

Residents who spoke to Channels TV said they were traumatized with the sudden arrival of the JTF around 1am, the raging gun shots.

Meanwhile, Sheka has been completely surrounded by JTF officers with snap check points around the area.

Residents are still indoor as at 12 noon on Friday, with virtually all the business activities around the area closed down.