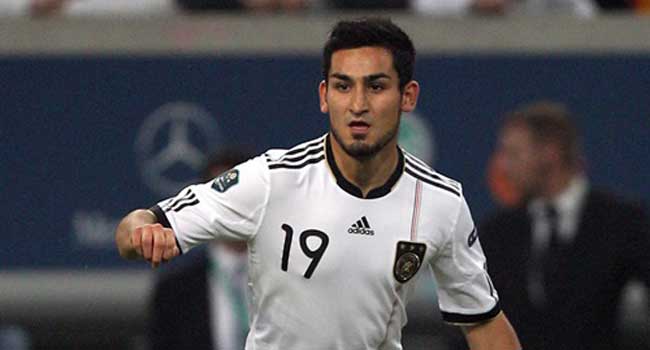 Ilkay Gundogan has said he wants to keep playing for Germany and not follow Mesut Ozil into retirement, despite the furore over their controversial pre-World Cup meeting with Turkish president Recep Tayyip Erdogan.

“Winning the Champions League and at least a title with the national side,” the Manchester City midfielder wrote on Instagram when asked by a fan about his dreams for the future.

On the eve of the tournament, Gundogan and Ozil, who were both born in Germany to Turkish parents, found themselves at the centre of a political storm after meeting Erdogan in London.

The Premier League stars posed for pictures with the Turkish leader in May, ahead of his successful re-election campaign, and Gundogan presented Erdogan with a Manchester City signed “to my president”.

The meeting raised questions about the pair’s loyalty to Germany and sparked fierce debate on the eve of the World Cup about integration in Germany.

While Ozil initially stayed silent on the topic, Gundogan said the meeting with Erdogan was not politically motivated, but the pair were booed by Germany fans in pre-World Cup friendlies.

Gundogan reportedly wept in the Germany dressing room after being booed when he appeared as a substitute in a 2-1 win over Saudi Arabia before the squad flew to Russia in June.

Like most of the Germany squad, Ozil and Gundogan struggled in Russia as the 2014 World Cup winners bowed out after finishing bottom of their group.

In the wake of the debacle, Arsenal midfielder Ozil, 29, broke his silence by retiring from the international team on July 22 in a scathing three-page statement which accused Reinhard Grindel, the German FA (DFB) president, of racism.

After their World Cup campaign, Germany head coach Joachim Loew has promised sweeping changes when he names his squad for the Nations League match against France on September 6 in Munich and the friendly against Peru three days later.

Manchester City midfielder Ilkay Gundogan was pleasantly surprised by how quickly the English champions settled back into their stride by beating Chelsea 2-0 to win the Community Shield in an ominous performance for the rest of the Premier League.

Pep Guardiola’s men begin their title defence at Arsenal on Sunday, looking to back-up a record-breaking campaign that saw them amass 100 points to win the league by a 19-point margin from Manchester United.

“I was curious the way we would start the game and how it would go,” German international Gundogan told the club’s website.

“I wouldn’t say that it was necessary to give us confidence, but the first weeks when the season starts, the important games start, you never really know what to expect. You don’t really know 100 per cent on which level you are.

“It was a great test for us, a last test before the Premier League season. At the end, we feel ready right now and we can’t wait for the season to start.”

Guardiola could even afford the luxury of leaving Kevin De Bruyne, David Silva and Raheem Sterling out of his matchday squad at Wembley after their World Cup exertions.

However, Sergio Aguero showed no hangover from Argentina’s early exit in Russia by scoring twice to take his tally for the club to 201.

“We feel very lucky to have Sergio in our team, a striker like him,” added Gundogan.

“On top of that even Gabriel (Jesus) with his ability and his quality. We have two great strikers and feel very, very happy.” 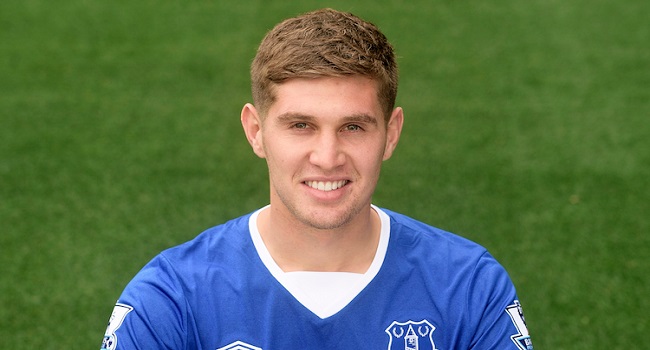 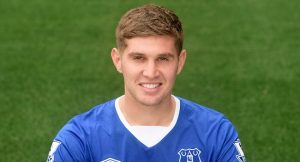 Manchester City have announced the arrival on England Centre Back, John Stones from Everton for a fee reported to be around 50 million Pounds.

“Manchester City are delighted to announce the permanent transfer of John Stones from Everton, mancity.com stated.

“The England international defender has signed a six-year deal which will keep him at the Etihad Stadium until at least 2022”.

Meanwhile, Stones, on his transfer to Manchester City, expressed his delight to work with the new club boss, Josep Guardiola.

“I’ve obviously seen what’s going on here at the Etihad, it’s an ambitious Club with a great manager so I can’t wait to get stuck in and help achieve the goals, the England International said.

“I know it will be tough getting a place in this team but I’m determined to become the best player I can be and help us to success.

“I had a wonderful time with Everton and wish them and their fans all the best but now I’ll give my all for City.” 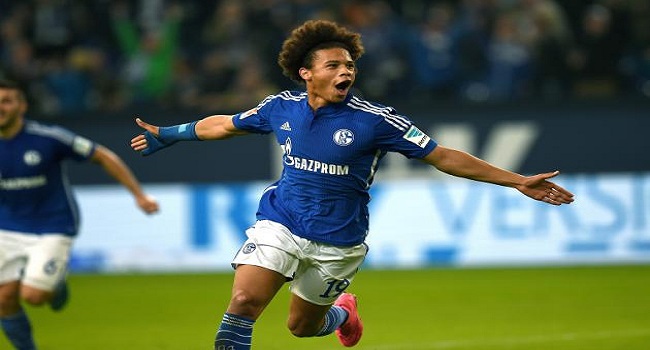 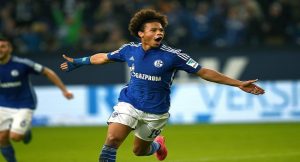 English Premier League side, Manchester City have announced the signing of German youngster, Leroy Sane from German side, Schalke 04.

The deal is reported to be around 37 million Pounds.

“Manchester City are delighted to announce the signing of Leroy Sane from Schalke 04, mcfc.com said, adding that he “becomes our fifth signing of summer 2016 and will wear the No.19 shirt.

“Sane has signed a five-year deal which will keep him at the Etihad Stadium until at least 2021.”

Meanwhile, the German forward has expressed delight having the opportunity to work with new Manchester City coach, Pep Guardiola.

“I feel really good, I’m happy to be here and happy that it has all worked out. Now I can settle here in Manchester and play for City.

“One of the reasons I decided to join City was Pep Guardiola; he convinced me to come here and that I can continue to progress. I know I will learn a lot under him and now I can take the next step in my career.

“I followed Pep at Barcelona and at Bayern where he achieved a lot and worked really well with young players.

“I think he can make me a more complete player. I think I will need a bit of time to start with because it’s another league and there’s a different style of play but I think I can adapt very quickly.”

Leroy Sane, 20, joins Ilkay Gundogan, Nolito, Aleks Zinchenko and Aaron Mooy in arriving at the Etihad Stadium in the 2016 summer transfer window and would wear the number 19 shirt for the club. 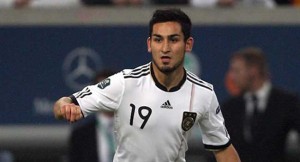 The 25-year-old is the club’s first signing since they confirmed Spanish coach, Pep Guardiola will take over at the Etihad from Manuel Pellegrini prior to the start of next season.

City’s Director of Football Txiki Begiristain, has described Ilkay is an excellent addition to the Cityteam and the club are delighted to have him on board.

“He is an intelligent and versatile midfielder who can operate in a number of different roles. I think our supporters will enjoy his work ethic and technical ability and I believe he will be a very important player for us in the coming years.”

Gundogan made 157 appearances over the past five seasons for Borussia Dortmund and has won 16 caps for Germany, scoring four goals.

The injury-prone German international dislocated a kneecap in training in May, ruling him out of the 2016 European Championships in France.

“I’m thrilled to have signed for Manchester City,” said Gundogan. “When I learned of City’s interest my heart was set on coming here and things have moved very quickly.

“I have loved my time with Borussia Dortmund and I would like to thank the club and the supporters for the five very happy years I spent there.

“They gave me a platform to play on and I became a better player because of the belief, patience and trust they showed in me.

“Now I have a new challenge and that is to achieve great things with City. The opportunity to work with a coach like Pep Guardiola is something I am really looking forward to and I am flattered to be the first signing the Club has made this summer.

“I can promise the City fans I will give everything to help us win titles both in England and the Champions League. These are exciting times.

“I have my best years ahead of me and I think we can achieve great things together. I can’t wait to begin this new chapter in my career.”