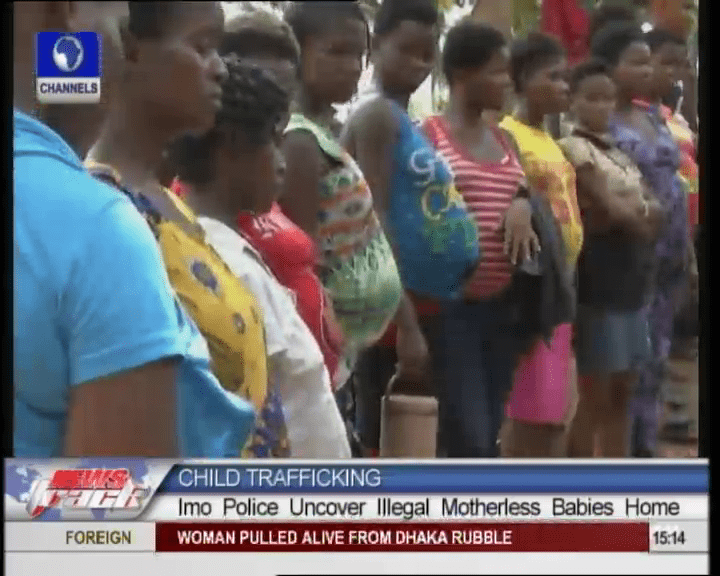 The Imo state police command has uncovered an illegal motherless baby’s home where about 17 pregnant teenage girls are held hostage for the purpose of child making and trafficking in Imo state, south-east Nigeria.

The locked-up girls are impregnated and after delivery, their children are taken away from them for fee and they (the girls) are returned back into the disguised house for another cycle of breeding.

The orphanage, known as `Ahamefula Motherless Babies Home,’ is located in Umuaka, Njaba Local Government Area and was run by a woman identified as ‘Madam One Thousand.’


Parading the teenage girls, the state police commissioner, Mr Mohammed Katsina, said the house where the girls were kept was disguised as a motherless baby’s home, as well as a sachet water (pure water) manufacturing factory.

According to the police boss the girls with age range from 15 to 25 were impregnated by two men who were also arrested.

He said that the building in which the women were accommodated was also used as a sachet water producing company to deceive the public.

A similar discovery was recently made by the police command in Abia state, where a fake social worker; Ngozi Nkwonu, was arrested for operating a fake orphanage where teenage girls are impregnated and the babies sold off.