A Federal High Court sitting in Owerri the Imo State capital has issued an interim injunction restraining the All Progressives Congress (APC) and the Independent National Electoral Commission (INEC) from substituting or publishing any names other than those of winners of the October 6 primaries.

Issuing the exparte order on Thursday, Justice Mohammad Salihu directed that all parties should maintain status quo except the publication of the applicant’s name until the final determination of the motion on notice before the court.

Meanwhile, 20 members of the party in the state who were declared winners of the primaries at all levels, approached the court to receive the exparte order.

They had alleged that there were reports that the National Working Committee of the party had planned to substitute their names with other names of aspirants who did not win in the state’s primaries. 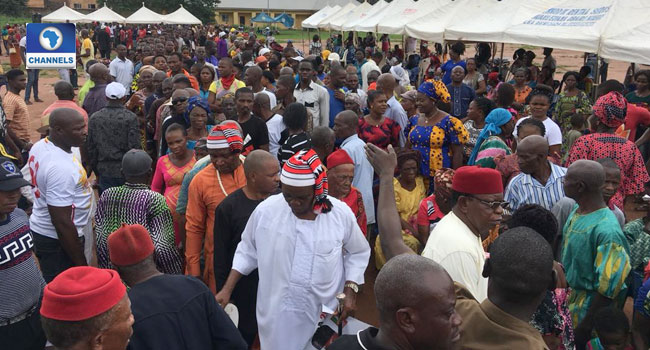 Members and leader of the All Progressives Congress (APC) in Imo State are currently holding a repeat of the governorship primaries in 305 wards of the state.

The members are also holding the National and State assembly primaries in the Imo State.

The repeat governorship primaries is holding after the National Chairman of the party, Adams Oshiomhole, earlier faulted the results of the one held on Monday, October 1.

Oshiomole described the result of the election as fake, adding that the party had dissolved the Ahmed Gulak-led Committee that conducted the primary.

Oshiomhole also noted that another committee will be set up immediately for the conduct of fresh primaries in the state before the end of the week.

See photos from the repeat governorship primaries below… 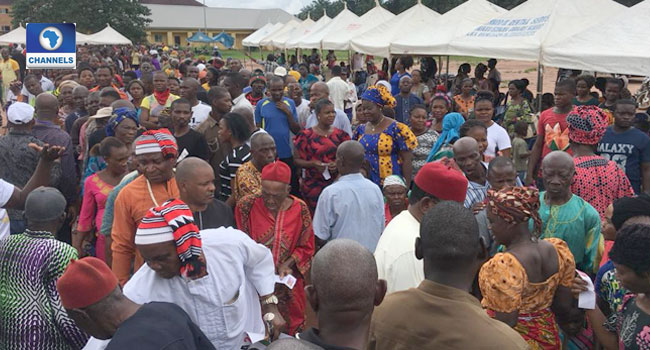 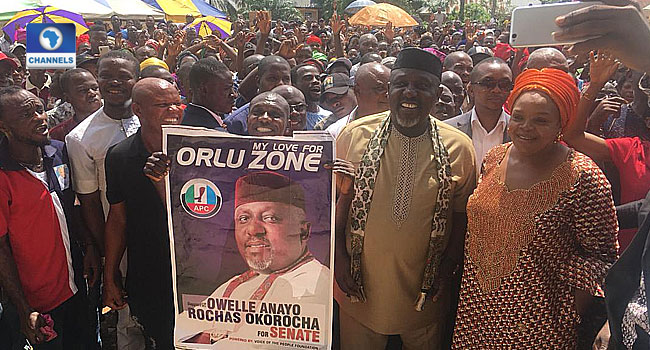 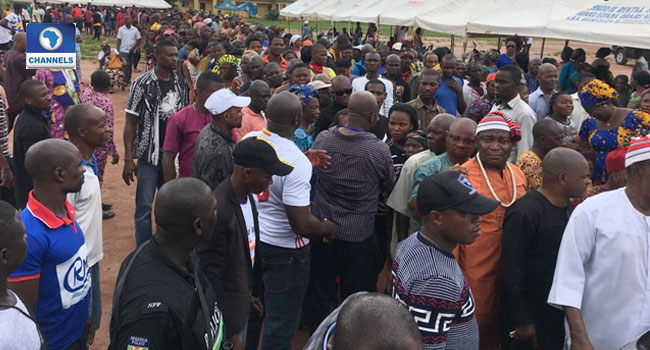 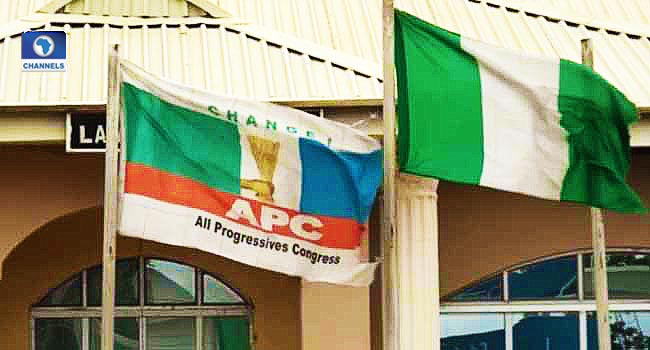 Despite the court injunction issued by Justice Lewis Allagoa of the Federal High Court in Owerri restraining the All Progressives Congress (APC) in Imo State from conducting the state congress, a faction of the party has insisted on conducting the congress today.

Chief Convener of the faction called Imo APC Restoration Coalition, T.O.E Ekechi in a statement made available to Channels Television claimed that there is no court order restraining them from holding the Congress in the state.

“For the avoidance of doubt let me state unequivocally that there is no Court Order restraining APC from holding the State Congress on Saturday, May 19, 2018.

“Recall that the Ward and Local Government Congresses took place on the 5th and 14th of May 2018 respectively. The present document being paraded by some disgruntled members of the party is a notice of appearance which may have been served on the party. This notice is strictly on the Ward and Local Government Congresses already held and upheld,” the statement read in part.

Ekechi claims that this ‘Notice of Appearance’ has nothing to do with the state congress which is proceeding as planned and scheduled. 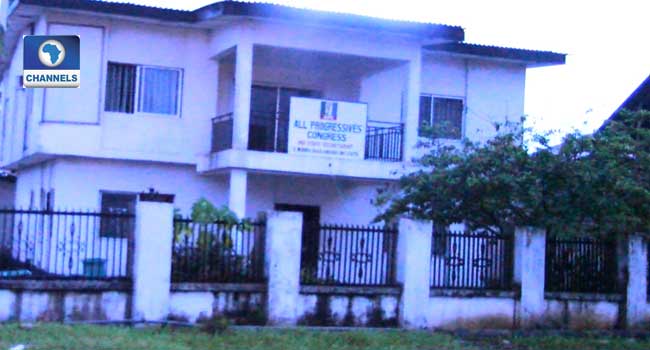 Less than 24 hours to the scheduled All Progressives Congress (APC) state congress in Imo, a Federal High Court in Owerri has issued a court injunction stopping anyone from participating in the state congress.

The court injunction signed by Justice Lewis Allagoa says all members of the party in Imo State including the state chairman, Hilary Eke, should restrain from organising any congress in the state pending the hearing and determination of the motion on notice for an interlocutory injunction.

The court order was served to the APC on Friday night.

The APC faction led by the Imo state Governor Rochas Okorocha has approached the court seeking interim court injunction to stop the state congress earlier scheduled for tomorrow until issues surrounding the ward and LG congress are resolved.

However, the Other APC faction under the umbrella of Imo APC coalition group says Okorocha faction is acting on its own as no court has served them any notice of any injunction stopping the Congress insisting that the Congress will still go on as scheduled by the National working committee of the party.