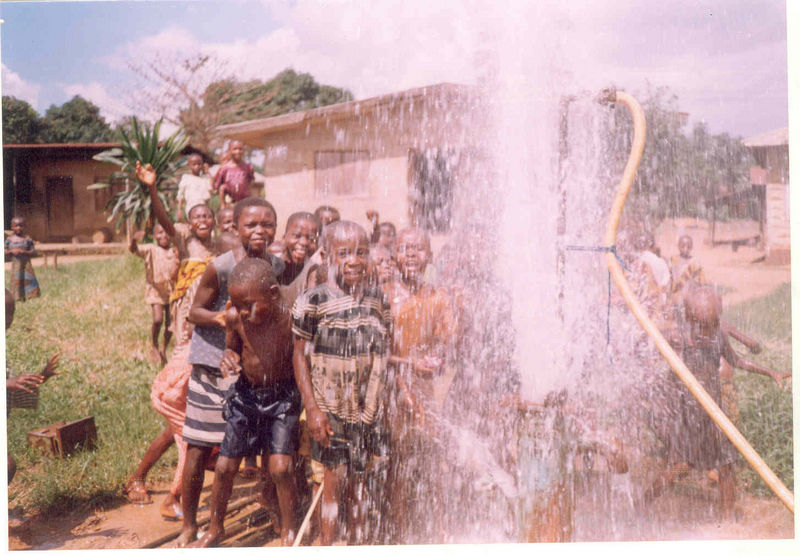 The Uzotex Foundation in partnership with the Imo state government on Saturday commissioned boreholes in Umulewe, Ntueke and Umuchima communities in Ideato south local government area of the state; bringing a 25-year struggle for portable and drinkable water to an end.

The Imo State Commissioner for Planning and Economic Development, Professor Boniface Iwuchukwu disclosed that the project is part of the Okorocha led administration’s plan to bring utmost development to the grassroots as well as positively touch the lives of people living in the rural areas.

During the commissioning of the newly sunk water bore holes, the Professor Iwuchukwu commended the foundation for its humanitarian works in the area of poverty eradication and rural water projects to underprivileged communities.

Speaking to Channels Television, the villagers revealed that water has been a major problem for women and children who sometimes fall into the river when they trek as long as 5 kilometers every morning and night to fetch water in neighbouring villages.

They also said that the Orashi stream has been their only option; which serves as an all purpose river for drinking, washing and many other purpose even in its impurity.

They expressed their gratitute and said that the project is a rare privilege.

However, they called on the government to help with other basic amenities such as good roads and electricity. 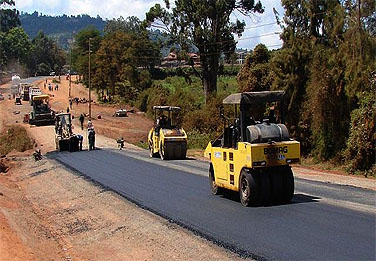 The Imo State Government has vowed to revoke contracts from contractors who do not deliver their job on time as stipulated in the contract agreement between the parties.

The Commissioner for Lands, Housing and Urban Development; Mr Uche Nwosu disclosed this during a scheduled inspection to some state government’s monumental projects within Owerri, the Imo State capital.

He said it has come to the notice of the state government that some contractors after mobilization by the Government do not move to site as at when due, which in turn delays the completion of the project.

He said apart from the economic importance of these projects, they are also aimed at providing job employment to the unemployed youths in the state. He however warned all contractors to go back to site immediately to prevent any breach of contract. 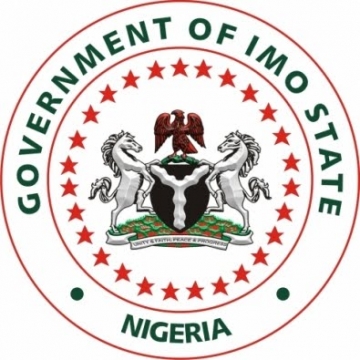 The Securities and Exchange Commission (SEC) has approved an application by the Imo state government to change the use of the N18. 5 billion bond proceeds floated by the former governor of the state, Mr Ikedi Ohakim.

While disclosing this with journalists in Owerri the Imo state capital, the state’s Commissioner for Finance, Mr Chike Okafor said the approval followed the consent of all the bond subscribers and trustees at a meeting held in Lagos last year.

He added that the Okorocha led administration had earlier applied to SEC to redirect the balance of the proceeds to the “construction of 27 modern general hospitals in each of the 27 local government areas of the state as well as the construction of the 305 modern primary and secondary schools in all the 305 wards in Imo State.”

Speaking on other plans for state’s economy for 2013, the Commissioner claimed that the Okorocha led administration is planning to make industrialization a key to the economy of the state in order to increase the state’s internal generated revenue.

This he claimed will enable the state government to deliver the dividends of its campaign promises.

Tagged an interesting issue to look into by Kayode Akintemi;  the main anchor of Channels TV’s Sunrise as the Imo State Financial mess took the spotlight on the weekend show bringing two factions that had evidences to back their claims of misappropriation and non-misappropriation.

A report by the committee headed by the Deputy Governor of the State; Sir Jude Agbasor which was submitted to the governor’s table stated that the financial transactions of the former administration of Ihedi Ohakim  were not straight forward, citing a N63 billion project as an example.

Also it stated that Ohakim’s administration borrowed a whooping N6 billion from the United Bank for Africa without authorisation and spent it as security vote.

War of words ensued between the present administration and Ohakim who is claiming not to have done anything wrong while in office.