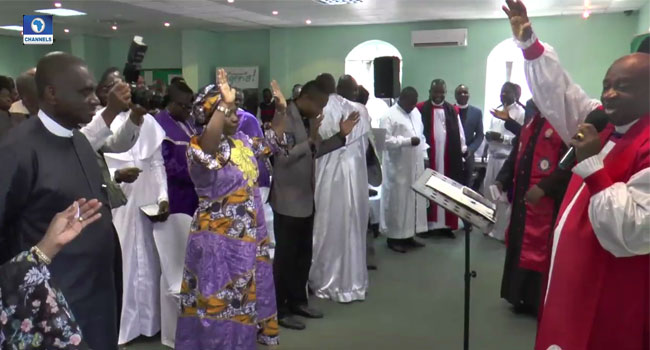 In South Africa, Nigerians are participating in a number of activities to celebrate their nation at 57.

At the Consulate General in Johannesburg, different religious and socio-political bodies converged to pray for peace and unity in Nigeria.

“As demonstrated here today, it means that we have great unity in diversity. Prayer has bond us together and I believe that the 57th independence of Nigeria will usher the country into a new horizon of life.”

President, Pentecostal Fellowship of Nigeria in South Africa while speaking also emphasised the unity of the country.

“We can’t allow ourselves to be used by anyone, Nigeria is one, and Nigeria will remain one.”

“Let us live in peace, let us live as our brother’s keepers. We have no other country than Nigeria, I believe we can go a long way to make it a pride of Africa.” 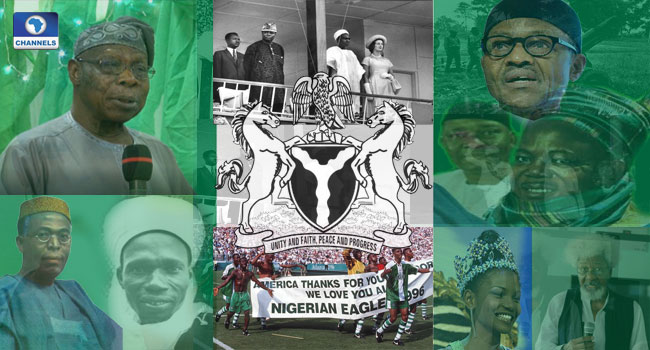 As Nigeria marks the 57th anniversary of her independence from the ex-colonial master, Great Britain, it is worthy to note that the years after; the country has been able to remain united, regardless of her cultural differences.

The late Anthony Enahoro in 1957, moved the motion for Nigeria’s independence. It, however, suffered a major setback following the resistance of some Northern lawmakers who greatly opposed the motion, stressing they were not ready for the nation’s independence. Nigeria finally got the nod for independence from Britain in 1960 with the nation formally receiving freedom from British stronghold.

The Independence Day witnessed lots of celebrations around the country especially in the then capital, Lagos.

The celebrations were topped by a grand ceremony hosted by the prime minister, Abubakar Tafawa Balewa. At the time, Queen Elizabeth II, who was still the country’s sovereign and she was represented by a member of the British royal family, Princess Alexandra.

Festac 1977 is also known as the Second World Black and African Festival of Arts and Culture. It was a major international festival and memorable event in Nigeria’s history. It was held in Lagos, Nigeria, from 15 January 1977 to 12 February 1977, celebrating African culture and showcasing to the world African music, fine art, literature, drama, dance and religion. The event had about 16,000 participants, representing 56 African nations and countries of the African Diaspora.

The civil war, also known as the Biafran War started on July 6, 1967. It was one of the major trying period of Nigeria as the country was confronted by the secession of Biafra from the Republic of Nigeria. It was part of the implication of the 1966 coup. The war lasted thirty months and ended in January 1970. In accepting Biafra’ unconditional ceasefire, Gowon declared that there would be no victor and no vanquished. Nigeria is still confronted by the agitations from this war till date.

The election, however, portrayed the image of Nigeria positively in the limelight within the international community through the rare show of sportsmanship exhibited by the then Head of State, General Olusegun Obasanjo.

Obasanjo’s rise to becoming the nation’s leader came after the death of the former Nigerian leader, General Murtala Muhammed, under whose regime he (Obasanjo) was the Second-in-Command.

The world of Literature stood still in 1986 for Professor Wole Soyinka who emerged the first African to win the prestigious Nobel Prize in Literature. Soyinka was recognised for his wide cultural perspective and poetic overtones that fashions the drama of existence in his writings.

This singular feat of Soyinka, a Professor of Comparative Literature at the Obafemi Awolowo University from 1975 to 1999, was made possible owing to him being a strong critic of successive Nigerian governments, especially the country’s many military dictators, as well as other political tyrannies.

Football, they say is a unifying sport that brings everyone together irrespective of the race, cultural or religious affiliations.

This perhaps explains why the Super Eagles of Nigeria wrote their name in a gold, as generations yet unborn would still remember their electrifying performance in the Olympics games hosted by the United States of America.

Although it has been over 20 years since then, the memories remain evergreen among lovers of sports, especially those that witnessed it then. Nigeria’s football team made Olympic history and the defining memories remain vivid in the heart of many Nigerians.

In November 2001, Agbani Darego became took Nigeria’s name to the world stage at the Miss World Competition. She emerged the first native African to claim the Miss World title. Her victory, however, was widely welcomed at home, and her one-year tenure included goodwill trips and scheduled appearances on behalf of the pageant. In appreciation, the Federal Government under the Obasanjo presidency honoured her with a prestigious Member of the Federal Republic (MFR).

On the 21st day of April, 2006, Nigeria’s debt was being pardoned by the Paris club. This action earned Nigeria respect within the African soil being the first country in the continent to successfully offset her debt. The initiative was made possible under the leadership of Dr, Ngozi Okonjo-Iweala, who served as the Finance Minister during President Olusegun Obasanjo civilian tenure. 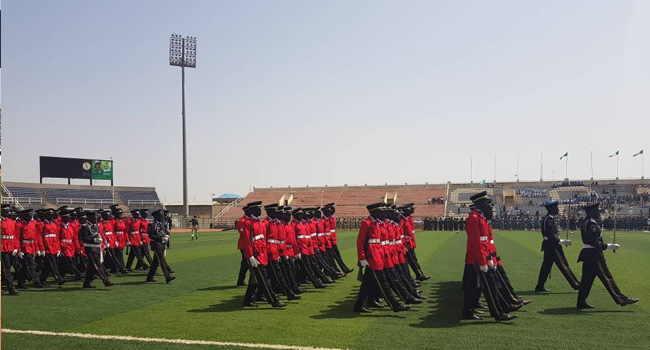 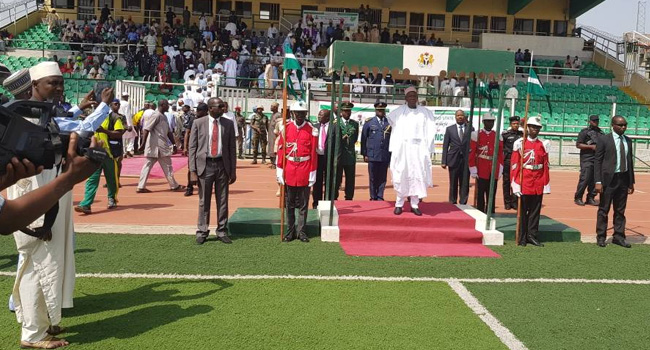 Hundreds of Kano residents on Sunday converged on the Sani Abacha Stadium to mark the 57th anniversary of Nigeria’s independence.
They were joined by Governor Abdullahi Umar Ganduje and the Emir of Kano, Muhammad Sanusi II and other government officials, traditional rulers and members of civil society organisations.

At the stadium, the Emir of Kano asked government to intensify efforts towards reviving the Nigeria’s economy as the Nation mark the 57th Independence anniversary.

The Emir made the call in response to questions by journalists.

See photos from Kano below: 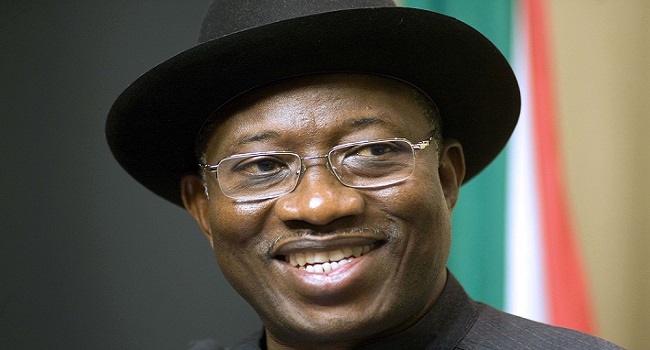 This according to him, is in order to reflect the true will of the people as that is more essential than arguments concerning the length of a leader’s tenure.

Dr Jonathan made the comments while speaking at a symposium organised by the Electoral Institute for Sustainable Democracy in Africa, taking place in Johannesburg, South Africa on Thursday.

Also in attendance are the former leader of Mauritius Cassam Uteem and the Former Prime Minister of Senegal, Aminata Toure who would also be part of a discussion panel later on.

The event which is themed: Current Democratic Realities in Africa, Where Are We Headed Beyond The Vote, was flagged off by South Africa’s Deputy President, Cyril Ramaphosa.

Mr Ramaphosa said although Africa has recorded progress in boosting democratic value, there is still a lot of work to be done. 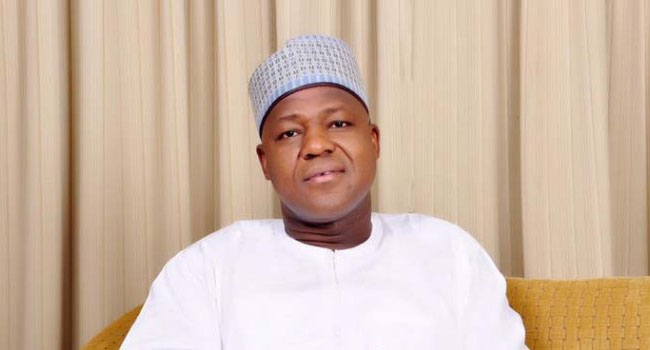 The Speaker of the House of Representatives, Rt. Hon. Yakubu Dogara, has felicitated with Nigerians on the 55th independence anniversary of the country.

In a statement issued by his Special Adviser on Media and Public Affairs, Mr Turaki Hassan, the Speaker said that although Nigeria is facing multifarious challenges, nonetheless the country has witnessed significant improvement in some areas.

Dogara said that Nigerians have every reason to celebrate the 55 years of independence and over 100 years of existence. “I will urge our people to use this period to give thanks to God for keeping the country one despite many upheavals and prophesies if doom,” he said.

The Speaker admitted that when compared with other developing countries, Nigeria is far left behind in many areas and is ranked among the lowest in the human development index, but expressed hope that “happy times will be here again.”

He said, rather than grieving over the problems and challenges facing the country, Nigerians must as a matter of necessity move away from lamentation and hopelessness to a new era of hope and positivity about the future of the country.

He noted that Nigerian leaders were not unaware of the task before them but they also require sacrifice by all Nigerians.

“We will plead with our people not to lose hope in their leaders as most nations have passed through similar challenges and emerged stronger. I have strong hope and conviction that Nigeria, will also overcome these challenges. This too, shall pass away and happy times be will here again.

“The new APC government under the leadership of President Muhammadu Buhari has not left anyone in doubt as to its readiness to restructure, and re-position the country on the path of socio-economic development.

“While it is the responsibility of government to provide the conducive atmosphere to all citizens to realise their potentials, we all, must work to make Nigeria work again because the era of waste and impunity has gone.

“The new leadership in the country under our great political party, the All Progressives Congress, APC, is determined to provide quality leadership and return Nigeria to its rightful place in the comity of nations.

“The 8th House of Representatives will continue to enact people-oriented legislation that would be targeted at solving the current socio-economic and security challenges in line with our legislative agenda.

“I commend efforts made by the military to recover large swath of territories from the Boko Haram terrorists in the North East region.

“I call on all citizens to support the fight against terrorism so that millions of our people who are internally displaced with some being refugees in other countries will return home and live in peace, freedom and happiness.

“This period calls for sober reflection and Nigerians should not relent in their prayers for the unity and indivisibility of the country.”