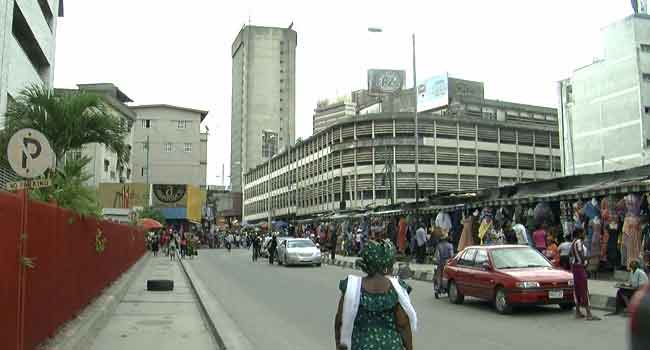 Nigeria’s consumer price index, (CPI) which measures inflation has increased to 15.70 per cent for the month of February.

This is according to the National Bureau of Statistics, which disclosed this in their CPI and Inflation Report on Tuesday.

Also detailed in the report, were increases in all COICOP divisions that yielded the Headline index. On a month-on-month basis, the Headline index increased to 1.63 per cent in February 2022, this is a 0.16 per cent rate higher than the rate recorded in January 2022 (1.47) per cent. 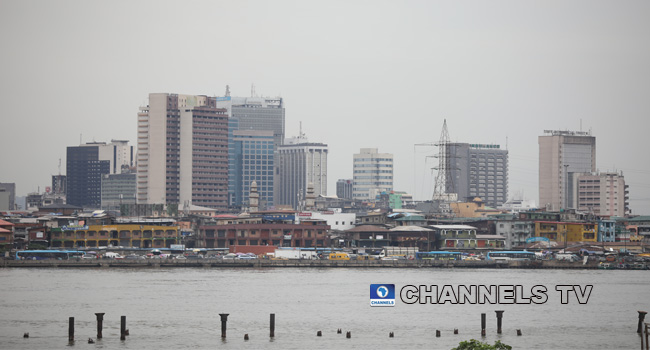 This was disclosed in the Consumer Price Index report just released by the National Bureau of Statistics.

According to the report, composite food index also dropped to 20.30 per cent against 21.03 per cent in July.

“This rise in the food index was caused by increases in prices of bread and cereals, milk, cheese and egg, oils and fats, Potatoes, yam and other tuber, food products n.e.c, meat and coffee, tea and cocoa,” the report read in part. 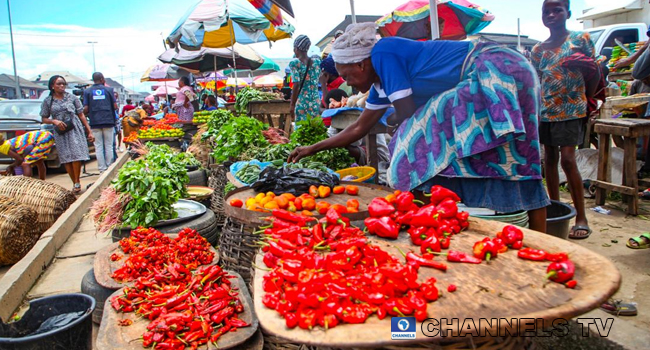 Nigeria’s consumer price index (CPI), a measurement of the rate of change in prices of goods and services, has declined to 17.75% in June from 17.93 recorded in May 2021.

The ‘Consumer Price Index Report for June’ released by the National Bureau of Statistics (NBS) on Friday, means that the prices have continued to increase in June 2021. However, it was at a slower rate than it did in the last month.

“The CPI measures the average change over time in prices of goods and services consumed by people for day-to-day living,” the NBS noted in its report.

“The construction of the CPI combines economic theory, sampling and other statistical techniques using data from other surveys to produce a weighted measure of average price changes in the Nigerian economy.”

The implication is that prices of food rose in the month under review but at a little slower pace than what was recorded in May 2021.

Increases in prices of bread, cereals, yam, and others, drove the food price index.

Deepened Woes Of The Poorest

Global food prices are rising at their fastest rate in a decade, exacerbating the troubles of the world’s most vulnerable nations as they struggle with the fallout from the coronavirus pandemic.

Where Are Food Prices Headed?

According to the FAO, food prices were nearly 40 percent higher in May than a year ago, the sharpest increase since September 2011.

On a 12-month basis, the price of corn has skyrocketed by 88 percent, soybean by 73 percent, grain and dairy products by 38 percent, sugar by 34 per cent and meat by 10 percent.

In 2007-2008, brutal increases in the price of basic foodstuffs sparked riots in a number of cities around the world. Peaking in 2010-2011, the price rises acted as a harbinger for the Arab Spring uprisings. 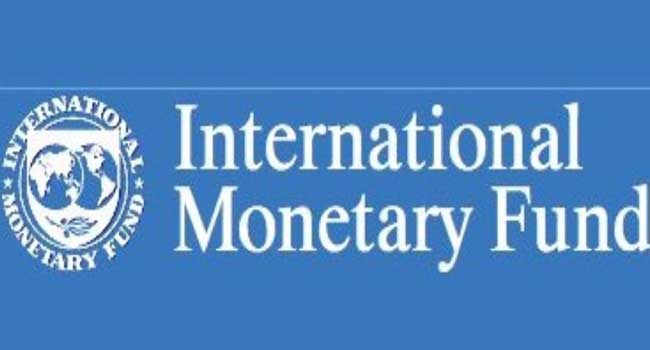 The International Monetary Fund, (IMF), has blamed the double digit inflation rate in Nigeria on the challenges around foreign exchange.

In a policy paper on Macro-economic developments and prospects in low-income developing countries released at the weekend, the IMF attributed Nigeria’s economic challenges to delayed policy adjustment.

The IMF believes efforts of the Central Bank to defend the Naira by forex rationing, have gradually crumbled, and Nigeria’s financial developments have affected neighboring countries like Chad, which has plunged into a recession, as well as Benin republic.

On the other hand, data from the National Bureau of Statistics, shows that Nigeria’s headline inflation has risen to 18.55 per cent.

That is its highest in more than 11 years. As Nigeria grapples with economic recession, the National Bureau of Statistics (NBS) says it will begin a survey to provide new data on the situation of women and children in Nigeria.

The areas of concern for the agency and its partners include health, education and child protection amongst others.

Nigeria’s Statistician-General, Yemi Kale, explained that the Multiple Indicator Cluster Survey (MICS) is the 5th in the country and will require over 400 personnel to visit more than 35,000 households across Nigeria.

Mr Kale explained in a statement: “MICS can be used as data collection tool in monitoring progress of national goals and global commitments aimed at promoting the welfare of children, including Sustainable development Goals (SDGs).

“In Nigeria, this MICS is the fifth of a series which started in 1995 and has been extended to include questionnaire for individual men and modules such as water quality test.

“It has extended to tobacco and alcohol use, life satisfaction, access to mass media and use of Information Communication Technology.”

He said the survey would strengthen national statistical capacity by focusing on data gathering, quality of survey information, statistical tracking and analysis.

“It will contribute to the improvement of data and monitoring systems in Nigeria and strengthen technical expertise in the design, implementation and analysis of such systems.

“It will also serve as baseline for Sustainable Development Goals (SDG) agenda and provide statistics to complement and assess the quality of data from recent national surveys.

Nigeria’s headline inflation increased by 16.5% in June from 15.6% in May, as the rate continues to increase for the fifth consecutive month.

According to the National Bureau of Statistics, the 0.9% increase is attributed to a rise in energy costs, imported food items and related products.

During the period, the food index rose at a faster rate of 1.4%, month-on-month due to increase in the prices of meat, vegetables and cereals.

Meanwhile, the Nigerian stock market’s benchmark index dropped by 25 basis points to 28,733.90, while the market capitalisation fell by 25 billion naira to 9.86 trillion naira against Friday’s figure, as the market reacts to the country’s June inflation data, and financial markets illiquidity.

However, investors’ appetite for stock remained moderate as a total of 315.5 million shares worth 1.72 billion naira were traded in 3,976 deals at the close of session.

Skye Bank topped the lead of the most actively traded stock with a whopping 138.2 million shares followed by FBN Holdings and UBA.

On the price table, Skye Bank was also the major price advancer in a list of ten, with a 10% increase to its share price, followed by Forte Oil and Nigerian Police Microfinance Bank.

And on the flip side, Law Union and Rock Insurance led 23 other decliners including Wapco and Arbico, down by 8.33%. 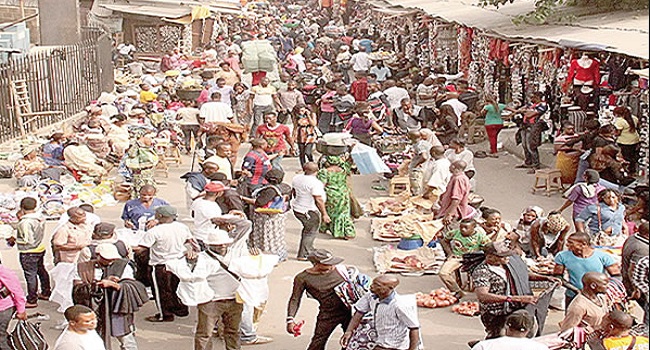 Nigeria’s inflation rate remained unchanged at 9.6% in the month of January, maintaining the same figure recorded in December, 2015.

According to data released by the National Bureau of Statistics on Sunday, the headline index was weighed down by slower increases in major divisions such as housing, water, electricity, gas, fuel, furnishing and household equipment.

Food inflation remained steady at 10.6% in January compared with the previous month.

The NBS also stated in its petrol price watch that Nigerians paid an average sum of 109 Naira 59 kobo per litre for the product in January. 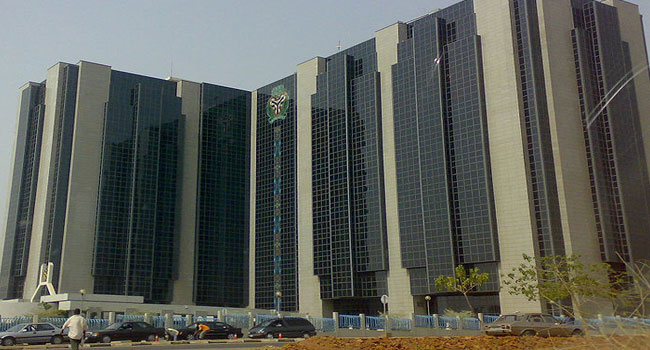 Nigeria’s headline inflation rate, sitting between six per cent and nine per cent at the end of last month presents a challenge for the Central Banks’ Monetary Policy Committee when it meets again in July.

In an investment research report released on Monday by the FBN Capital, the firm said the combination of fuel shortages, higher imported food prices and Naira devaluations in November 2014 and in February this year, would be critical at the next July meeting.

As the Nigerian economy grinds to a four per cent growth in the first quarter, the lowest in three years, some analysts say there are grounds for interest rate easing to stimulate the economy.

The statistics office’s ‘May 2015 Report’ shows the negative impact of both the crunching petrol shortages and the late start of rains on domestic food production on national inflation levels. 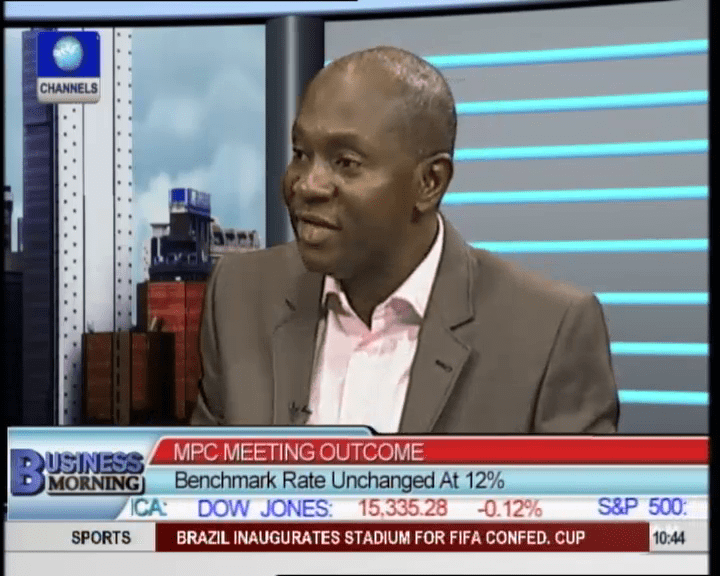