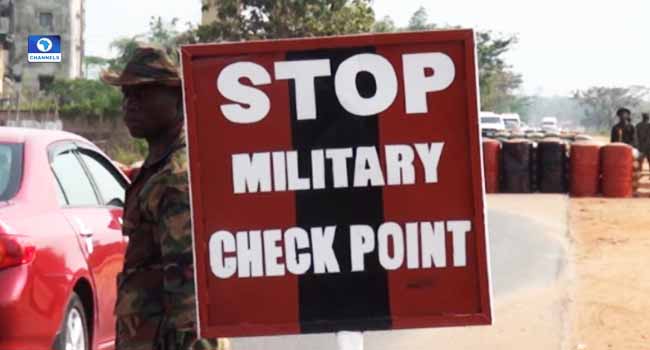 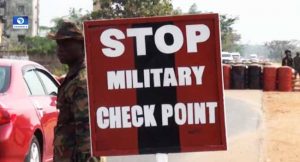 This is to further strengthen the commitment of the Nigerian Army to the mandate of the latest security operations in the five Southeast states.

It is also aimed at ensuring the various teams are operating within the premise of mandate, as well as ensuring that the exercise yields the desired results.

According to Mr Musa, the effect of the exercise was already manifesting, especially in the area of traffic congestion, as it had been minimized greatly at the Bridge Head axis as well as other border points where the check points of the exercise were planted.

At the boundary between Anambra and Enugu state at Amansea community on the Enugu-Onitsha Expressway, vehicular movement was equally said to be smooth and uninterrupted.

The check points were well manned by vigilant eyed soldiers who passed the vehicles as they came and at the same time maintained security in the area.

On the arrival of Mr Musa and Mr Abdullahi, to inspect the mode of operation at the point, they expressed satisfaction with the level of compliance of road users.

The mandate of the exercise included but was not limited to checkmating rising waves of crime usually prevalent during the yuletide period, traffic decongestion of major highways, patrol raids, cordon and search, planting of check point and road blocks, show of force and anti-kidnapping drills among other serious violent crimes including herdsmen-farmers clashes.

At the second boundary between Anambra and Enugu state, the soldiers, properly positioned, were seen passing vehicles calmly, while motorists complied with the new set up maximally.

Moving out of the area, the next port of call was the Bridge Head axis where initially complaints were laid over sudden traffic congestion occasioned by the new check points.

Reacting to that, the Deputy Director of Army Public Relations, maintained that the interest of the Nigerian Army was the peace and stability of the country, and in the present exercise, it would be to ensure that the targeted challenges were reduced to barest minimum. 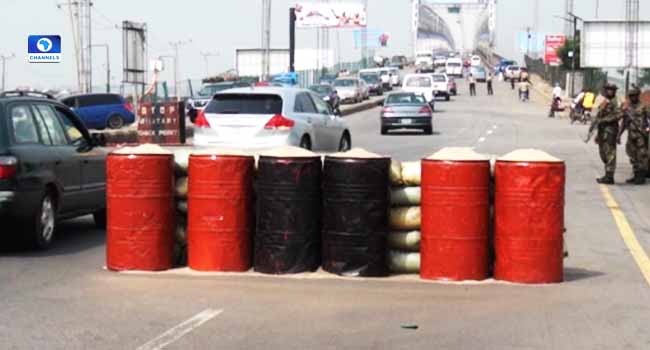 Musa said, “the Nigerian Army has no other interest except one – to ensure peace, security and stability in all parts of Nigeria.

“Here like we have explained, issues of kidnapping, abduction, herdsmen-farmers clashes, cultism, and even traffic gridlock are the issues and our interest here is to ensure that these security challenges are reduced to the barest minimum.

“You can see vehicles moving left and right, so there is no congestion. In any case, there is not much stop and search operation on the road.

“Soldiers are just by the side of the road watching in case of any need for them to act. They will act professionally and decisively,” he said.

While many commended the efforts of the Nigerian army in the area of security and maintenance of orderliness on the highways brought about by their presence, others still complained of traffic congestion.

In the words of some of the citizens, “police and army are doing well, there is no problem.”

Another commuter said, “it is a welcome development because when the military men are on the road, it makes people feel safe that no thieves will attack them.

“So for me, I think it is a welcome development but I will also want to advise them to be courteous of not causing hold up.”

Musa however noted the complaints and assured citizens of necessary intervention.