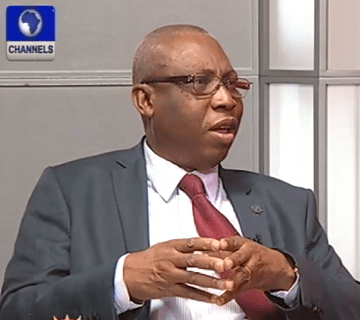 The Head of National Office, West African Examination Council (WAEC), Charles Eguridu, has said that the results of the May/June 2014 WAEC examination only indicates a decline in performance and not a mass failure as reported by the media.

Speaking as a guest on Channels Television’s breakfast programme, ‘Sunrise Daily’, Mr Eguridu noted that Nigeria does not have a uniform standard for the secondary school education, compared to other countries and therefore, judging success based on English and Mathematics was unfair.

He stated that the government had redesigned the curriculum which envisages that “not every child that goes into primary school will end up in university profession” adding that about 39 new subjects have been added to the curriculum, like GSM Repairs, Refrigeration and Air-Conditioning amongst others.

Mr. Eguridu mentioned that it amounted to a misnomer for students to focus on passing English and Mathematics, leaving other subjects. He said that this was affecting the standard of education in the country.

He maintained that the inability of a student to pass either of the subjects should not be seen as failure because these subjects do not determine success in some careers.

Mr. Eguridu also explained how WAEC develops its assessment of students. He noted that WAEC assesses students by the quality of teaching and learning that have taken place through questions developed by practitioners in the school system. “WAEC is to conduct exams in public interest, which is determined by the government”

He explained that a pool of examiners from WAEC member countries come together to develop the papers which are later given to candidates who are likely to write the exam – students in SS3.