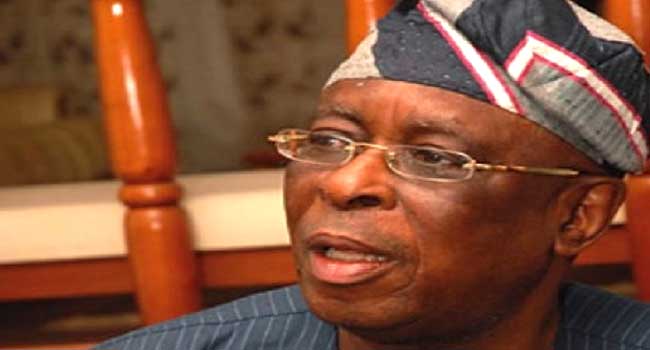 A former governor of Ogun State, Olusegun Osoba, has advocated for an internal democracy within various political parties in Nigeria.

The former governor stressed that any political party which lacks internal democracy would lose out during the 2019 general elections.

He stated this on Wednesday while addressing some members of the All Progressives Congress (APC) at his house in Abeokuta, the Ogun State capital.

Osoba also warned that any party that presents a candidate who is not acceptable to the people at the grassroots would suffer defeat.

He asked all governorship candidates in Ogun APC to take their campaign train to the hinterlands, stressing the need for people in government to align with their party faithful.

The former governor added that the party in the state has not zoned the governorship slot to any area as all interests would be opened to negotiation, including those that recently defected to the party. 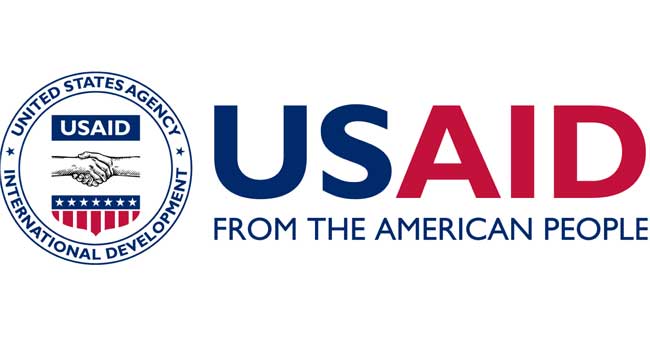 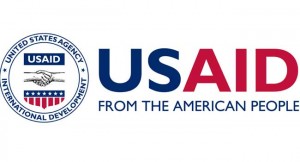 The United States Agency for International Development (USAID) and a coalition of civil society organizations in Nigeria are urging political parties to strengthen their internal democracy system ahead of the 2019 general elections.

According to them, the way political parties make choices of their leaders and candidates during conventions and primaries has effects on the credibility of the election process.

Although 2019 when Nigeria is expected to conduct another general elections is about three year away, members of the civil society groups believe that this is the best time to start engaging political parties on internal democracy in other to get the elections right.

The Executive Director of Partners for Electoral Reforms, Ezenwa Nwagwu, said, “2019 looks far away but it is here on us. We should actually have started this in 2014 in preparation for 2019 so there is no better time to interrogate this issues than this time”.

Responding to the procedure for selecting candidates in political parties, another member of the group said, “It reflects on their party values both internally and how they wish to behave once in power. It also reflects on the kinds of relationships they want to have with their members and with the public at large as voters.”

He stressed the need to address these issues immediately, saying that political parties “do not really have the luxury of stepping back and thinking about how our internal systems are working for us as a party, Nigeria and democracy”. 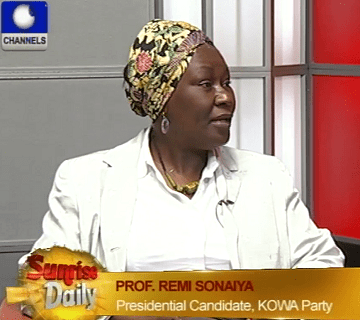 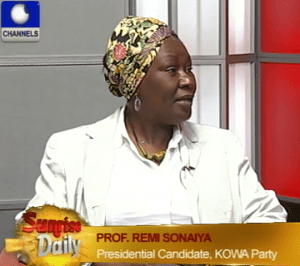 Presidential aspirant, Professor Remi Sonaiya, has expressed her wish to change the face of politics in Nigeria, by becoming President of Nigeria, with no help from any god-father, with no millions of Naira to waste on campaigns and with a party like KOWA.

The party which was registered in 2009 by “people who thought we needed to do something to reclaim politics; to reclaim the impression that people have of politics, as being a domain where merit, competence, integrity and all positive values which has been lacking”, Sonaiya disclosed.

She joined in 2010, after which she got elected as the National PRO of the party and decided to contest in the forthcoming Presidential elections to prove that an ordinary citizen, without political godfathers, amassed wealth, can run the affairs of the nation.

“I have a stake in Nigeria. I am qualified to run for the presidency of Nigeria” she said, while discussing the forthcoming elections on Sunrise Daily.

“Like what Barack Obama said, he thought there was a skinny little black boy who thought that America had room for him. Well, this not so skinny woman thinks that Nigeria has a place for her, at the leadership level also.”

Asked why she did not join one of the two major political parties, to increase the chances of her message being heard, Sonaiya noted that she cannot function within the framework the two major parties are operating.

She further cited lack of internal democracy, godfatherism as some of the issues she could deal with as she preferred to express herself as plainly as possible without being at loggerheads with other politicians.

On raising funds for campaigns, Sonaiya kicked against the culture of spending millions of money, which could be channeled into developmental projects, into campaigns and noted that she was considering other forms of media exposure, particularly – new media.