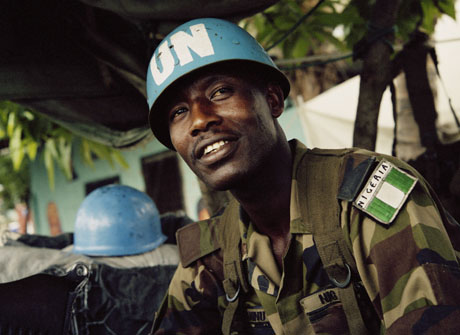 “They were killed last night some 2 km (1.2 miles) from our regional headquarters in El Geneina. They came under fire from all sides,” a spokesman for UNAMID said.

UNAMID, the world’s largest peacekeeping mission, was deployed by the United Nations and the African Union in the arid western territory after fierce fighting in 2003 which forced hundreds of thousands of people to flee their homes.

A total of 42 peacekeepers have been killed since UNAMID was set up, according to the force.

Violence in Darfur, where mostly non-Arab rebels took up arms against the government in Khartoum, has ebbed from a 2003-04 peak but international efforts to broker peace have failed to end the conflict.

The International Criminal Court has issued arrest warrants for Sudan’s President Omar Hassan al-Bashir and other officials to face charges of masterminding atrocities in the region where Sudanese troops and allied Arab militias have sought to crush the rebellion. 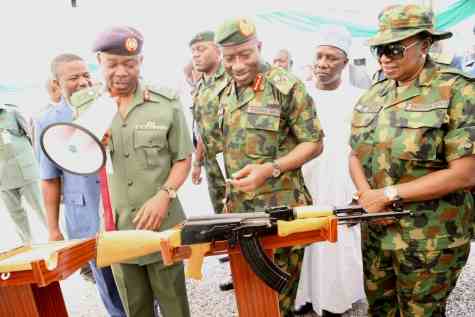 President Goodluck Jonathan has warned that military intervention in northern Mali will be inevitable if talks with Islamist group controlling the region, fails.

President Jonathan made this known during his visit to Senegal. He however stated that a West African force would only be deployed, with the approval of the United Nations.

ECOWAS would send a force to the area if a peace deal is not reached with the Islamist fighters, stated the president, adding that “diplomacy and negotiation is first.”

“ECOWAS will definitely intervene militarily, but … first and foremost we are negotiating,” he said after talks with Senegalese President Mr Macky Sall.

“We must stabilise the government … I believe through negotiation we will be able to resolve the crisis, we don’t necessarily need military intervention … but if that fails we will have no option.”

ECOWAS, as also asked the UN Security Council to endorse its plan to send 3,000 troops to Mali.

However, it refused, saying it needed more clarity on the West African body’s military objectives and how it intended to achieve them.

Islamist groups and Tuareg rebels took control of large swathes of northern Mali after President Amadou Toumani Toure was overthrown in a coup in March.

But the rebel alliance has since ruptured, with Islamist fighters chasing Tuareg rebels out of several northern towns and imposing Sharia law.

The Islamists have destroyed ancient shrines in the historical city of Timbuktu, claiming they violated Sharia law and promoted idolatry among Muslims.

The UN warned that the destruction of the shrines could amount to war crimes and the International Criminal Court has launched a preliminary inquiry into alleged atrocities.

The Islamists have also stoned to death an unwed couple and amputated the hand of an alleged thief.

Alleged atrocities committed in the rebel-held north are being investigated by international prosecutors.

A new unity government was formed in Mali’s capital, Bamako, at the weekend, promising to spearhead initiatives to end the instability in the north.

Mali has so far rejected a full-scale foreign intervention but said its army, once re-equipped, would need the support of two or three battalions. 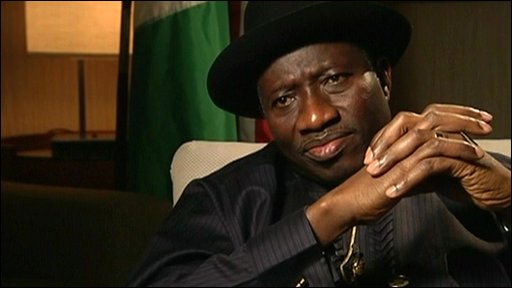 President Goodluck Jonathan has said Nigeria will support the International Criminal Court (ICC) in its efforts to check impunity.

The president was speaking to the Chief Prosecutor of the ICC, Fatou Bensouda, during a courtesy call at State House, Tuesday.

The President said, “Nigeria does not encourage impunity, and will cooperate with the ICC to check it.”

President Jonathan said, ‘we are open to you and have nothing to hide’, adding that he had directed the Attorney-General and the Secretary to the Government of the Federation to ‘ensure that the ICC Chief Prosecutor receives all the support and cooperation required to make her visit to Nigeria a fruitful one’.

He drew Mrs Bensouda’s attention to the ICC’s involvement in five situations in Africa, with the attendant criticism from the continent, and called on the Chief Prosecutor to use her experience in the Court to resolve potential areas of conflict or disagreement.

The President said while the African Union’s Constitutive Instruments do not condone impunity, greater engagement by the ICC with the AU should create the enabling environment for cooperation towards the realization of the Court’s laudable objectives.

Earlier, the ICC Chief Prosecutor, Mrs Bensouda, told President Jonathan she was in Nigeria on the invitation of the Government to discuss cooperation and the Court’s work in the country over the past five years.

Mrs Bensouda said Nigeria was not under any investigation, as the Government had responsibility for investigating and prosecuting any crimes in the country, and expressed appreciation that this was already being done.

The ICC Chief Prosecutor said the Court was not targeting Africa, but all cases in the continent, apart from Kenya, were originated by Africans, adding that this was good for the victims of such crimes.