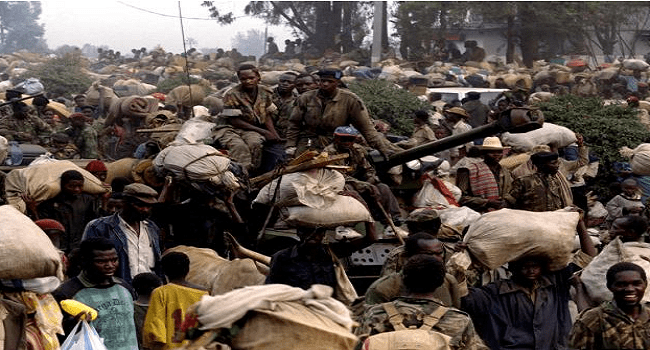 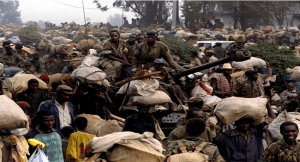 Democratic Republic of Congo has arrested a former Rwandan mayor accused of orchestrating the killing of tens of thousands of people during the 1994 genocide, Rwanda’s prosecutor general said on Thursday.

Ladislas Ntaganzwa, who headed the commune of Nyakizu in southern Rwanda, was indicted in 1996 and is accused of genocide, direct and public incitement to commit genocide as well as extermination, murder and rape, Prosecutor General Richard Muhumuza said in a statement.

“The National Public Prosecution Authority is pleased to announce the recent arrest of Ladislas Ntaganzwa, one of the last fugitive suspects sought by the International Criminal Tribunal for Rwanda,” Muhumuza said.

The tribunal’s indictment, updated in 2012, accuses Ntaganzwa of plotting to exterminate Rwanda’s Tutsi population and personally ordering the massacre of more than 20,0000 Tutsi civilians in one parish in April 1994.

The United States has offered up to $5 million for information leading to his arrest.

Ntaganzwa was arrested on Sunday in the town of Nyanzale in North Kivu province during an operation against the headquarters of the Democratic Forces for the Liberation of Rwanda (FDLR), a Rwandan Hutu militia, said Congo’s army spokesman, Leon Kasonga.

The FDLR is based in eastern Congo. Its leaders include senior figures in the genocide who fled into Congo after overseeing the slaughter of some 800,000 Tutsis and moderate Hutus in Rwanda between April and July 1994.

Ntaganzwa is not a member of the FDLR, the group’s spokesman, La Forge Fils Bazeye, told Reuters.

In a statement on Thursday, the U.N. Mechanism for International Criminal Tribunals urged Congo to immediately transfer Ntaganzwa to Rwanda for trial.

Muhumuza said in his statement that Rwanda was prepared to prosecute Ntaganzwa before a specialised international crimes chamber of its High Court.

The Tanzania-based International Criminal Tribunal for Rwanda (ICTR) has convicted 61 people for involvement in the genocide, including leading military and government officials. New cases are expected to be heard by Rwandan courts or a separate tribunal backed by the United Nations.

Kasonga said Ntaganzwa is being held in the eastern city of Goma and would soon be transferred to the capital Kinshasa before any decision was made about extradition.

More than 20 years after the genocide, Rwanda is still pursuing perpetrators at home and internationally.

Ntaganzwa is one of nine high-profile fugitives identified by the tribunal. 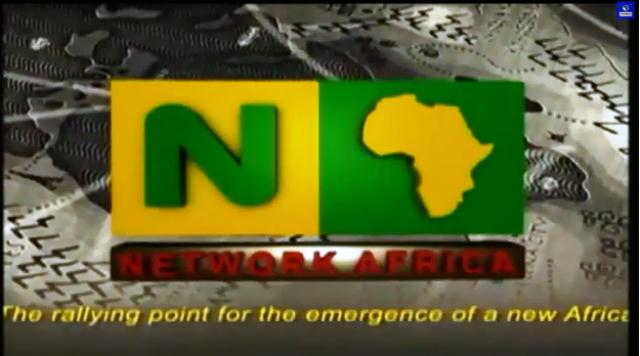 Reports from Nigeria’s Federal Capital Territory says the Minister for Police Affairs, Navy Captain Caleb Olubolade, the Minister of the Niger Delta, Godsday Orubebe, the Minister of State for Finance, Dr.Yerima Ngama and the Aviation Minister, Stella Oduah have been sacked.

The sacking of the ministers came on a day when the Senate screened 12 ministerial nominees sent to it by President Goodluck Jonathan.

Senator Musiliu Obanikoro and Mohammed Wakil both made their presentations and were asked to take their leave without question; while   Ambassador Bashiru Ali was not allowed to leave until he answered questions about his job as Nigeria’s Ambassador to China.

In Central African Republic, it appears the international peacekeepers are having a hard time in preventing the ethnic cleansing of Muslims in the country. Militia attacks have resulted in a series of Muslim exodus and aid groups have warned of a potential food crisis. This is because many of the shops and wholesalers are run by Muslims.

As a result, the UN’s World Food Programme has started a month-long aid airlift. The first flight which was carrying 82 tonnes of rice arrived on Wednesday, February 12; while a further 1,800 tonnes of cereal are expected to follow in the coming weeks.

We spoke with Nadia Bandi of the International Committee of the Red Cross for an update on the humanitarian situation.

In Congo, the former Congolese warlord, Bosco Ntaganda, appeared before the International Criminal Court from February 10 and the judges are trying to decide if there is enough evidence for him to stand trial. The prosecution believes that he played a significant role in planning assaults against the civilian population.

One man who Bosco Ntaganda would certainly be praying to be like is the Rwandan ex-paramilitary Police chief who was initially found guilty of genocide by a UN-backed war crimes tribunal; but now, he’s been acquitted on appeal.

He was one of the most senior figures to be sentenced by the International Criminal Tribunal for Rwanda (ICTR).

The General has been living in an ICTR safe house in the Tanzanian town since his release nearly three years ago, after he was sentenced. He is unable to return to Rwanda and no other country will accept him.

In other news, fresh talks to resolve the crisis in South Sudan have opened in Ethiopia’s capital, Addis Ababa, more than two weeks after a ceasefire was signed. Rebels agreed to continue the dialogue despite the government’s refusal to release four high-profile detainees.

Things got a tad ugly in  South Africa, When  Police clashed with stone throwing supporters of the ruling African National Congress (ANC) who tried to confront members of the opposition Democratic Alliance Party as they marched in central Johannesburg on Wednesday (February 12).

Algeria is mourning for 3 days after 77 people were killed in a military passenger plane crash in the North-East of the country. Just one person survived when the Hercules C-130 crashed into a mountain in Oum Al-Bou-A-Ghi province, en route to Constantine.

Most of the 78 passengers were military personnel and their family members. The lone survivor, a soldier, is reportedly being treated for head injuries at a military hospital in Constantine.

Our hearts go out to the families of the dead.

We also featured Wang, which is the very last polar bear in the whole of South Africa. It was brought to Africa 30 years ago, but based on the fact that the African environment is far from conducive, it will die soon and there will no longer be any polar bears in the whole continent.