The House of Representatives is set to investigate allegations that the Federal Government has lost over $14 billion because of non-payment of gas flared penalties by international oil companies.

The sponsor of the motion which was adopted by the House, Johnson Agbonayinma from Edo State alleges that the amount is accrued between April of 2008 and 2016.

He said, “Let this house also be aware that the Deputy Director and head of upstream of the Department of Petroleum Resources, DPR while speaking at a conference in Houston, Texa, the United States of America, said Nigeria has lost  $14.2billion between April 2008 and October 2016 in form of penalties for gas flaring, which the International Oil Company, IOC failed to pay.”

The House is also urging relevant government agencies to undertake a damage and post impact assessment of the environment involved and also direct the payment of compensation to the affected communities. 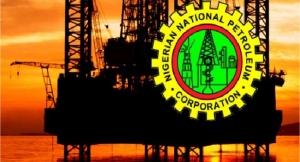 This brings to an end, the NNPC’s counterpart funding for 60% equity shareholding it owns in various oil and gas fields in international and indigenous oil firms.

The agreement was signed on Thursday in Abuja between the national oil company and Shell Petroleum, Nigeria Agip Oil, Total, Chevron and Exxon Mobil.

It is coming barely 24 hours after President Muhammadu Buhari announced that the Federal Government would cut provisions for the Joint Venture Cash-Calls, starting from January 2017.

The Minister of State for Petroleum, Dr. Ibe Kachikwu, noted that a governance process would be set up with immediate effect, to manage a new funding mechanism that would provide for cost recovery.

The NNPC Group Managing Director, Maikanti Baru, on his part, explained that the exit has set the stage for a review of the cash-call agreement.

He added that it has also created an opportunity for the adoption of a more sustainable funding arrangement with international oil companies’ joint venture operations.

Cash-calls is a counterpart funding the NNPC pays annually for the 60% equity shareholding it owns in various oil and gas fields operated by IOC and indigenous oil firms.

In 2016, underfunding for cash-calls amounted to $2.5 billion, bringing the national oil firm’s total cash-call arrears over the years to $8.5 billion. 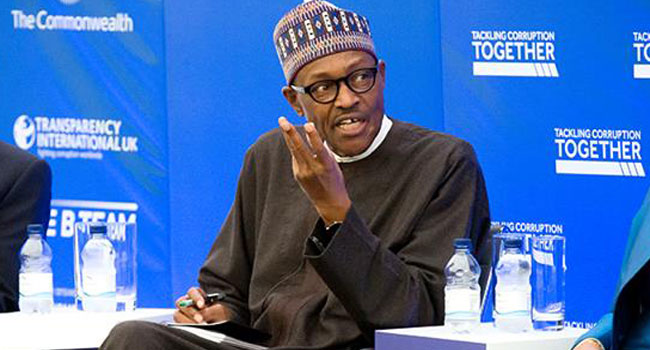 President Muhammadu Buhari has restated the determination of his administration to continue to protect the country’s oil assets and installations.

Speaking at a meeting on Tuesday with the Director of Global Upstream of Shell Oil Company at the State House, Abuja, President Buhari said he will leave a legacy of improved infrastructure, particularly in the power sector, and also ensure better security in the Niger Delta.

“It is only by doing this that investor morale and confidence will return, and the economy will be positioned on the path of growth,” He said.

According to a statement by the Senior Special Assistant to the President on Media and Publicity, Garba Shehu, President Buhari commended Shell for their faith in the economy and staying power.

The president also gave assurances on some issues of concern raised by the company especially the protracted issue of cash calls.

The minister of Budget and Planning, Udoma Udo Udoma, some weeks ago, revealed that the Federal Government has not been able to fund its counterpart Joint Ventures Companies, JVCs, and cash calls totaling $6 billion for several months due to revenue shortfalls.

The President assured other oil firms that the Federal Executive Council will soon consider a proposal for the easing of unpaid arrears owed by the government.

President Buhari said the security of oil infrastructure will continue to be priority of his administration which will include the dialogue with the stakeholder-communities in the Niger Delta.

He, however, urged oil companies to take more responsibility in the protection of oil installations to complement the efforts of Nigerian Navy in the region.

The Shell director, Andrew Brown, revealed that the company has resumed oil exportation through the Forcados terminal following its restoration.

He also commended the anti-corruption stance of President Buhari’s administration as well as the efforts to streamline and stabilize the economy for long term projects.

Nigeria’s Senate has threatened to do whatever is necessary to ensure that oil companies remit the statutory 3% of their budget to the Niger Delta Development Commission (NDDC) as contained in the NDDC Act.

Federal Lawmakers, at a meeting of the Committee on Niger Delta on Thursday with officials from several oil companies in Nigeria, expressed displeasure that some of the companies failed to remit the statutory contribution to the NDDC.

They also queried why they have also refused to disclose their budgets to the NDDC.

A member of the Committee, Senator Jubrin Barau, said the failure of the companies to obey the law was hampering the development of the region. 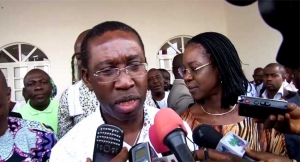 Delta State Governor, Mr. Ifeanyi Okowa, has called for a strategic alliance among various stakeholders in securing oil and gas investments in the state.

The Governor made the appeal during a one-day Stakeholders Summit on Vandalism of Oil and Gas Facilities and Installations.

He called for tactical cooperation among the host communities in oil producing areas, the International Oil Companies (IOCs) and security agencies in safeguarding petroleum investments.

Governor Okowa also assured the people of his administration’s determination to develop the non-oil sector.

He hinted that the Export Processing Zone being developed by the Federal Government was still on course, disclosing that it has the capacity of creating 100,000 direct jobs and hundreds of thousands of indirect jobs when fully operational.

Some of the delegates at the summit insisted that members of the various communities should have been carried along to ensure success in the fight against pipeline vandalism.

The summit with the theme, “Security and Environmental Challenges in Oil and Gas Sector in Delta State – The Way Forward,” took place at the conference hall of the Petroleum Training Institute (PTI) in Effurun, Warri.

Chaired by Professor Sam Oyovbaire, the meeting was expected to provide insight and proffer solutions to the numerous threats faced by oil and gas installations.

It was also billed to have a clear understanding of the various threat groups, the dangers they represent, their goals, capabilities, opportunities, past attacks and possible future attacks. 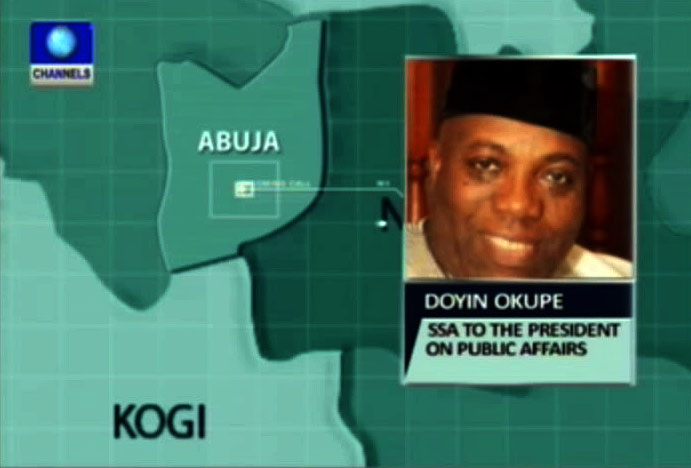 The Special Assistant to the President on Publicity, Dr Doyin Okupe was asked by Chamberlain Usoh; the main anchor of ourbreakfast programme ‘Sunrise Daily’ to give an update on the Ribadu report, and he responded saying the President has said the report will not be discarded.

And to fulfil his promise he has setup a white paper committee to look at the report and that he believes it will put an end to several talks on the report. 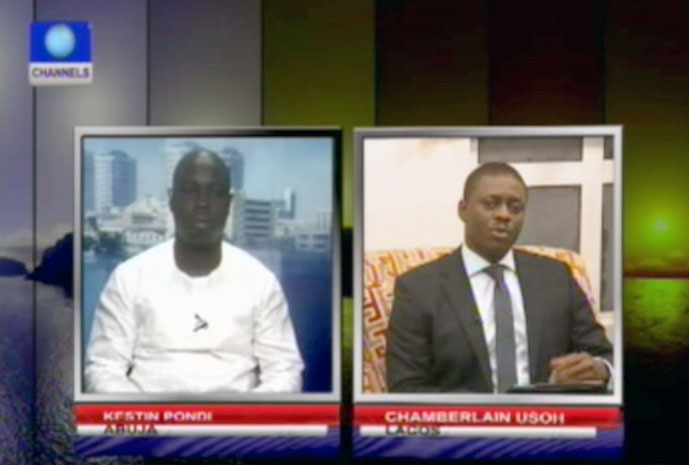 Still on the controversial probe into the nation’s oil sector, an oil and gas expert; Kestin Pondi, while speaking on the Ribadu report, stated that the report has proved to people of the Niger Delta in the creek that the claims of the International Oil Companies (IOCs) and the NNPC that they lose 150,000 barrels of crude oil daily to oil thieves is fallacious.

Mr Pondi, considers what happens in the oil offices in Abuja to be a ‘monumental fraud’ as there is a rot in the system.

He further alleged that it is the figures given by these IOC’s and oil multinationals as the quantity of oil produced per day that is being depended on. 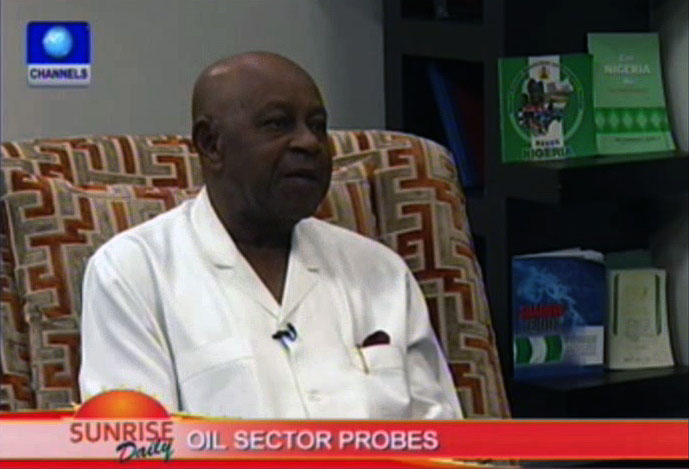 Taking on the controversial probe into the nation’s oil sector led by Mallam Nuhu Ribadu, former Minister of Petroleum Professor Tam David West, on Sunrise Daily stated that, what the Federal Government is doing is a “charade because a government that deceives its citizens consistently is sad.”

The former Minister, who has always claimed that the nation’s fuel subsidy regime is nothing but fraud, again affirmed his position saying there is no fuel subsidy in Nigeria rather what exists is ‘fuel subsidy mega-fraud.’

He argued that his allegation has been proven by the recent controversies on investigations into the sector by the committees led by Farouk Lawan and Nuhu Ribadu.

Professor David-West also revealed that he has challenged the Federal Government for a public debate on the issue but he has never gotten a response to the offer.

The Federal Government on Thursday appointed another committee, made of serving Ministers to draft out a white paper from the controversial special task force report on the petroleum revenue submitted by the Ribadu committee.