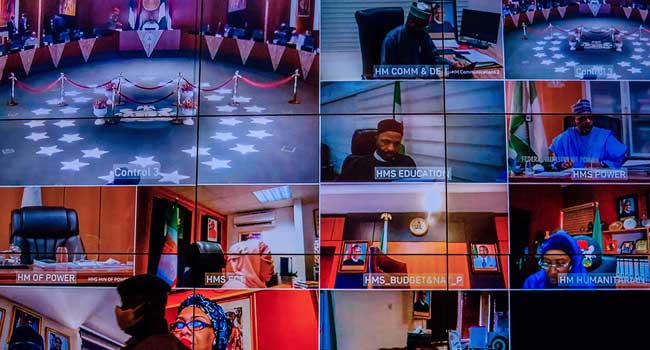 The Federal Executive Council is holding its sixth virtual meeting at the Presidential Villa in Abuja, the nation’s capital.

The meeting which is currently holding is being chaired by President Muhammadu Buhari.

In attendance are the Vice-President, Yemi Osinbajo; Secretary to the Government of the Federation, Boss Mustapha; Chief of Staff to the President, Ibrahim Gambari and 11 ministers.

Other Ministers are participating from their respective offices in Abuja.

After the national anthem, a minute silence was observed in honour of former Minister of Sports and Youth Development and former member of the National Working Committee, who served as Vice Chairman (North West), Inuwa Abdulkadir, who died on Monday.

President Buhari had earlier in a statement said that Abdulkadir’s humility, maturity and penchant for facilitating reconciliation among members will be sorely missed at a time the All Progressives Congress (APC) is rebuilding and repositioning to deliver on its promises.

A member of the party from his Magajin Gari ‘Á’ ward, Naibi Abubakar, wrote a complaint letter to the ward chairman of the party, accusing Mr Abdulkadir of “continuous absence from party activities and meetings.”

READ ALSO: Comments By Frank Okiye Are Figments Of His Imaginations, Says Oshiomhole

According to a statement by the National Publicity Secretary of the party, Lanre Issa-Onilu, the decision to uphold the actions of the Sokoto APC organs was taken at a meeting of the NWC, held at the Party’s National Secretariat on Thursday.

He added that Mr Abdulkadir failed to defend himself when the opportunity availed itself before the disciplinary committee.

“Abdulkadir failed to utilise the opportunity to defend himself before the disciplinary committee set up by the NWC to look into the various petitions received against certain members of our party.

“Following the suspension of Abdulkadir, the NWC will subsequently forward the decision of the Sokoto State organs to the Party’s National Executive Committee (NEC) for further actions,” the statement added. 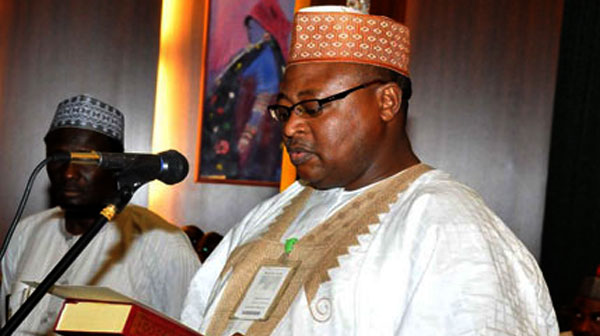