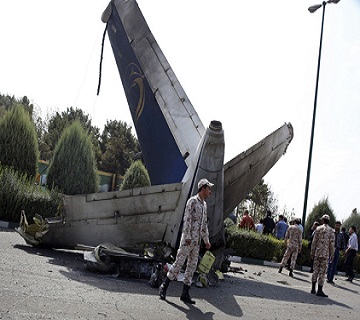 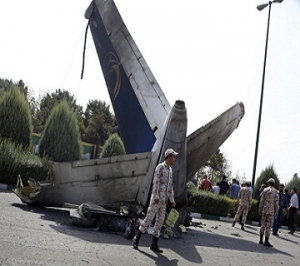 At least 39 people were killed on Sunday in Tehran after Iran-140 Sepahan Air passenger plane crashed after leaving the runway at Mehrabad International Airport, when an engine failed, the FARS semiofficial news agency reported.

According to the report, 48 passengers and crew had been killed, but the State Media later reported that some passengers had been injured and transferred to hospital.

The State Television said, pilot detected technical issues four minutes after takeoff and tried to return to the airport,  but the twin-engine turboprop crashed on a road at 9.18 am local time. One eyewitness said the plane crashed into a wall.

The crash also injured people on the ground, including employees at a glass factory and some of the injured suffered severe burns, a report says.

One survivor said he was saved by jumping through a hole in the plane’s body created by a blast. “The force of the blast threw us out of the plane,” Mohammad Abedzadeh was quoted as saying. “Seconds later, I saw the entire plane in flames,” he said through tears.

Rescue workers were still working on Sunday afternoon to remove bodies from the wreckage, Tasnimnews said.