Ten years after the U.S.-led invasion that toppled Sunni leader Saddam Hussein, a stable power-sharing compromise between Iraq’s Sunni, Shi’ite and ethnic Kurdish factions is still elusive and violence is on the rise.

More than 1,000 people were killed in militant attacks in May, according to the United Nations, making it Iraq’s deadliest month since the intercommunal strife of 2006-07.

Regional sectarian tensions have been inflamed by the conflict in Syria, Iraq’s neighbor, where Sunni rebels are fighting to overthrow a leader backed by Shi’ite Iran.

“We heard a bang and rushed outside,” said Ali Fadhil, who was working at a nearby bakery. “I saw cars on fire, dead bodies covered with blood, and wounded people lying on the ground screaming for help.”

“When police arrived, a second blast struck which was more powerful, leaving the street in a state of total destruction.”

Another car bomb exploded in a busy market in the Shi’ite holy city of Najaf, killing at least seven people, and blasts also targeted Shi’ites in Nassiriya, Kut, Hilla, Tuz Khurmato and Mahmudiya in southern Baghdad.

Near the northern city of Mosul, gunmen shot dead six policemen at a checkpoint in Hadhar, police said.

No group claimed responsibility for the attacks but Sunni Islamist insurgents and al Qaeda’s Iraqi wing have increased their activities this year, seeking to provoke wider confrontation between Sunnis and Shi’ites. 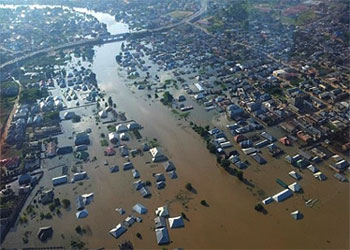 Hundreds of Iraqi citizens have been rendered homeless in Wasit and Maysay provinces after days of heavy rain culminated in heavy floods, swallowing homes in the regions which are in the southeast of the country’s capital, Baghdad.

Heavy were the floods that roads turned into rivers, while people fled their houses with some trying to salvage a few items they could carry through the floodwater.

Local officials in Wasit said around 3200 people were forced to flee their homes, seeking shelter in makeshift camps set up by the Red Crescent charity organisation.

According to Brigadier General Kadhim Bashir Saleh, an official in the Wasit province, said some 40 villages have been affected by the downpour.

“We have mobilised relief efforts of the civil defence since the first day, that is to say since the start of the rain and flash floods three days ago in Wasit province and in particular at Sheikh Saad district in addition to Ali al-Gharbi district in Maysan province. Our relief work included evacuating people from affected villages, delivering food and other relief items to them in co-ordination with the Iraqi Red Crescent Society in Wasit province,” said The Iraqi Red Crescent.

Hundreds of people were forced to seek shelter in nearby mosques and school buildings.

According to the Red Crescent, more than 300 families are homeless as a result of the severe weather. 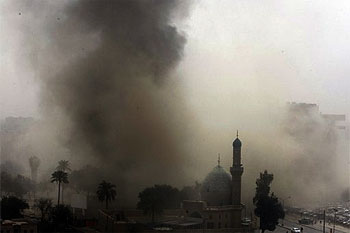 A roadside bomb killed a Sunni cleric and five worshippers when they were leaving the mosque in Baghdad after Friday prayers, as regional sectarian violence threatens to return Iraq to all-out conflict.

A further 31 people were wounded in the blast outside the mosque in al-Rashidiya district of Baghdad, medics said. It was not clear who was behind the attack.

Iraq has become increasingly volatile as the civil war in neighbouring Syria strains volatile relations between Sunnis and Shi’ites. April saw the most killings since 2008, but was below the height of sectarian bloodletting in 2006-07.

On Friday the funeral of one of the five worshippers killed in the attack was held in a mosque near the scene of the attack.

Sunnis have been protesting since December against the Shi’ite-led government, which they accuse of marginalising their minority sect and monopolising power since U.S.-led troops toppled Saddam Hussein in 2003.

Government concessions had begun to defuse the Sunni demonstrations until security forces raided a protest camp in the town of Hawija on April 23, sparking clashes that swiftly spread to other Sunni areas.

Iraq is home to a number of insurgent groups including a local affiliate of al Qaeda, which almost entirely controlled Anbar province until 2006 and is now believed to be regrouping there again.

A cousin of one of the people who died in the explosion said the violence needs to stop. 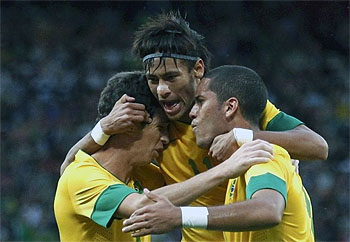 Brazil’s new football sensation Neymar was on call twice for his home country as Brazil showed what it has always been known for against Japan to ensure Mano Meneze’s side ended their brief European tour with two wins from two encounters.

Last week, it was a serious demolishing for Iraq as Brazil pounded the Arabian side 6-0 in Sweden thanks the young lad Neymar. And today, he proved unstoppable as he became a threat in the defence of the Japanese side while Real Madrid star Kaka also got his name on the score sheet.

Going into statistics of Brazil’s opponents Japan was a better side as they proved to be another tough side but the Samba boys happen to be tougher and this can be deduced from Japan’s impressive win over France even Brazil became a very hard nut for the Japanese side to crack.

Paulinho gave the Brazilians the lead in the 12th minute with a strike from outside the area before Neymar, who also scored against Iraq, doubled the advantage from the penalty spot.

Neymar was fortunate to record his second goal of the afternoon after the ball deflected in off Atsuto Uchida, but the 20-year-old Santos star was credited with his 16th strike in 25 Brazil appearances.

Kaka, who had not scored for Brazil since 2010, added his second goal in five days to complete the scoring with 14 minutes left, but Neymar took the headlines once again. 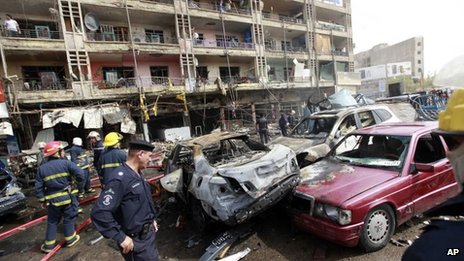 At least 19 people have been killed in two car bomb explosions in the Iraqi capital, Baghdad.

The blast happened within minutes of each other at the central Shia district of Karrada in the afternoon.

The first bomb exploded outside a restaurant and a bakery in al-Andalus Square, and the second outside a court opposite a major police headquarters.

According to Ahmed Hassan (policeman) Clouds of black smoke rose above the centre of the capital on Tuesday after the latest bombings, which also injured more than 50 people.

“We were in a patrol when we heard the first explosion. The second explosion hit another square, and we went to help.
It was reported that at least five policemen were killed in the blast.

More than 240 people have been killed this month in militant attacks in Iraq. 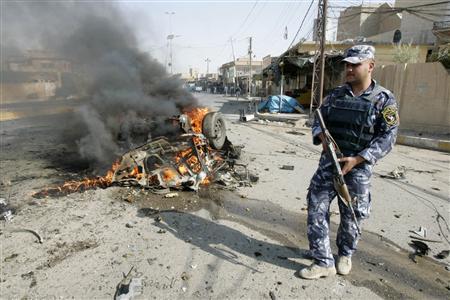 A string of bomb attacks across Iraq killed at least 50 people on Monday and wounded 144 more, police and hospital sources said.


Violence in Iraq has eased since the height of sectarian slaughter in 2006-2007, but insurgents still carry out deadly attacks, especially around the capital, and deadly car bombs on Sunday shattered a lull in violence in the lead-up to the Muslim holy month of Ramadan, which started on Saturday.

In Taji, 20 km (12 miles) north of Baghdad, six blasts, including a car bomb, exploded near a housing complex on Monday, killing 14 people and wounding 29, sources said. When police arrived at the scene, another blast killed 10 police officers.

Two car bombs struck near a government building in Sadr City, a poor Shi’ite neighbourhood in Baghdad, and in the northern mainly Shi’ite area of Hussainiya, killing in total 16 people and wounding 73, police said.

In the northern oil city of Kirkuk, four car bombs killed four people and wounded 15 others. Explosions and gun attacks on security checkpoints in different parts of the restive eastern province of Diyala killed six people, including four soldiers and policemen, and wounded 30, police sources said.

Tensions have been high since the last U.S. troops left in December, with ongoing political crises between Iraq’s main Shi’ite, Sunni and Kurdish factions.

On Sunday, car bombs in two towns south of Baghdad and in the Iraqi city of Najaf killed at least 20 people and wounded 80.

Last month at least 237 people were killed and 603 wounded in attacks, making it one of the bloodiest months since U.S. troops withdrew.

Bombings and shootings targeting Shi’ite Muslim pilgrims in Baghdad and police across Iraq killed at least 53 people on Wednesday in coordinated attacks during a major religious festival.

In the attacks, at least 18 people were killed when four bombs hit pilgrims across Baghdad as they gathered to mark the anniversary of the death of Shi’ite imam Moussa al-Kadhim, a great-grandson of Prophet Mohammad.

One of those blasts killed at least nine people as pilgrims passed through a police checkpoint in central Baghdad.

“A group of pilgrims were walking and passed by a tent offering food and drinks when suddenly a car exploded near them,” said Wathiq Muhana, a policeman whose patrol was stationed near the blast in Karrada district.

“People were running away covered with blood and bodies were scattered on the ground,” he said.

Extra security and checkpoints have been in place this week as thousands of pilgrims arrive in Baghdad to meet at a shrine in the capital’s northern Kadhimiyah district for the Shi’ite religious festival.

Violence in Iraq has eased since the height of the war, but Islamist insurgents tied to al Qaeda are still potent, often targeting Shi’ite pilgrims to try to reignite the sectarian tensions that drove Iraq close to civil war in 2006-2007.. 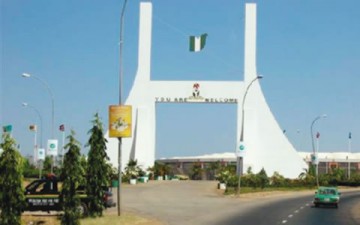 A fake Policeman who was a suicide bomber has killed 15 people in an attack that targeted Shi’ite Muslim pilgrims passing through a checkpoint in Iraq’s southern city of Basra.

The bomber detonated his explosives among pilgrims trying to pass through the checkpoint on their way to a major Shi’ite mosque to the west of Basra.

Eleven policemen were among the dead. Forty people were wounded in the attack.

The attack at the end of Arbain, one of the main holy days of the Shi’ite calendar, occurred at a time when a political crisis in Iraq’s Shi’ite-led government has renewed fears of a return to sectarian violence in the country.

Arbain has been the frequent target of militants since the U.S.-led invasion that ousted Sunni dictator Saddam Hussein.
Scores of people have been killed in attacks on pilgrims in the last few weeks, including a suicide bombing which killed at least 44 in part of a wave of attacks.

Many of the attacks on pilgrims have used methods such as suicide bombings that are the signature of Iraq’s al Qaeda affiliate.

Attacks had ebbed since the height of sectarian slaughter in 2006-2007 when thousands were killed in intercommunal violence among Shi’ite and Sunni. But the withdrawal of the last American troops in December has fanned worries of a spike in violence.