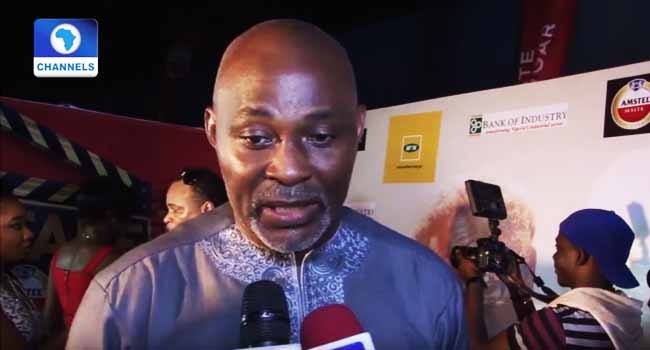 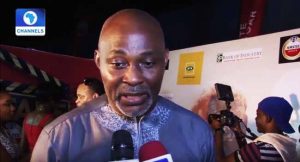 The movie which was produced by Opa Williams, hosted friends, associates, and colleagues at the premiere, after many years of the producer’s self-imposed hiatus.

Opa Williams stated that after his long break, he needed to come out big with a unique movie, relating to real life experience, family, and the likes. This took a long time, he told Channels Television.

He stated that he needed to evoke the characters, better interpret the story and make it believable and not the regular type-casting. he then explained that the actors, Richard Mofe-Damijo, Victor Olaotan and Zach Orji actually contributed majorly to the story as they gradually grew into their various characters.

The movie which was directed by Patience Oghre was chronicled on three retired aged men who, after retirement benefits, opted to relived their youth. The pack is led by Erikefe played by Mofe-Damijo, a divorcee with three failed marriages after five children.

He decided to live alone while refusing to remarry, as his covetous children who are now grown and live on their own, patiently wait for him to die so they can scoop on whatever is left of him.

Speaking to Channels Television, Richard Mofe-Damijo explained that he fashioned his character after the late Highlife singer, Fatai Rolling Dollars.

He said he only had to immerse himself in a beautifully written script and take from as many life characters as possible.

Mofe-Damijo who is regarded as a veteran of the industry suggested that the time is now for the government and individuals to key into the industry and grow it to the next level.

“The movie sector requires full attention of the government an encouragement.

“The sector requires elevation and enthronement to attain institutionalization, which will enhance budgeting and deliberate policy to push the industry forward.

“The industry entails of not the movies, but entertainment, comedy, music, dance, and the rest. The Performing Arts is a body of inexhaustible body of values calling for government attention,” he said.

Recently, the National Bureau of Statistics revealed that the movie industry contributed 54 billion Naira to the Nigerian GDP.

This silent achievement has gradually won over skeptics including financial institutions.

Bank of Industry, (BOI) representative, Uche Nwuka, also stated that they were initially skeptical about the movie industry and not sure of their performance but later, resolved to support it.

“The result so far has been amazing. The first two projects paid off in record time before maturity, she said. 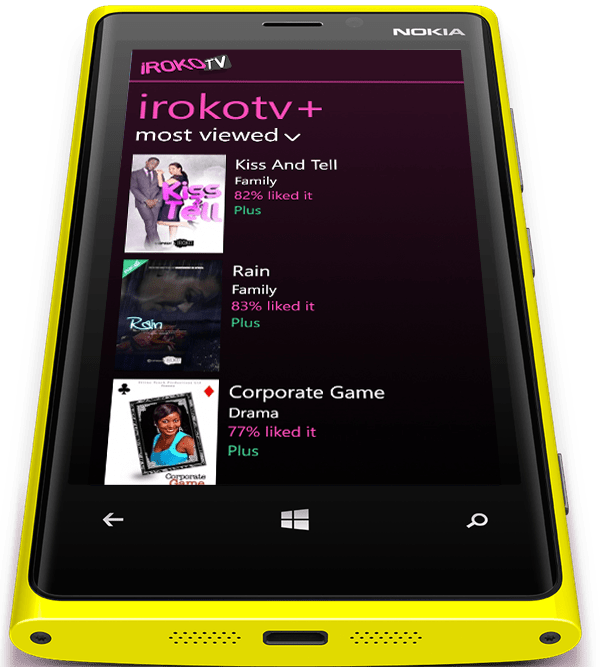 Streaming ‘Nollywood’ movie service iROKOtv has announced that it is partnering with Nokia to launch the Nigerian company’s first mobile app, exclusively on the Windows Phone platform on its Lumia range.

The deal is a way of trying to build momentum for the struggling Finnish phone giant. Nokia which is a major brand in Nigeria has done other content deals on its lower-spec Asha range. This tie-up with the Lagos and London-based company is designed to build awareness for its Lumia range.

For iROKOtv, the deal is about getting access to Nigerian consumers, although the offer is open to any Lumia owner worldwide. A deal in France between Paris-based streaming music service Deezer and Orange resulted in a huge uptake in Deezer users in France. Given that the deal targets just Lumia phones it won’t be on that scale.

Jason Njoku, CEO and Founder of iROKO Partners, said Nokia engineers had worked with iROKOtv to help them build the app. “Most importantly, they have helped to optimise it for Nigeria’s networks.”

Mr. Njoku expected Lumia users in Nigeria, who will get the first three months access to iROKOtv’s premium service free, mainly to access the library of 5,000 movies over Wi-Fi networks, although “a lot done technically with this app to make it feasible to use on 3G.”

The app will give customers extras including interviews with Nollywood stars and additional news.

Formed in 2010 by Mr. Njoku, the company started life as a YouTube channel before launching as a company in its own right in 2010.

While iROKOtv has been successful in targeting the Nigerian ex-pat community mainly in London and New York, where the company has offices, reaching African consumers has been harder, Mr. Njoku said.

“2013 is Africa year. We are very focused on finding African solutions. There are more people using iROKOtv in London than there is in the whole of Nigeria. This is ridiculous.”

Mr. Njoku closed an $8 million funding investment round from Tiger Global in April 2012.