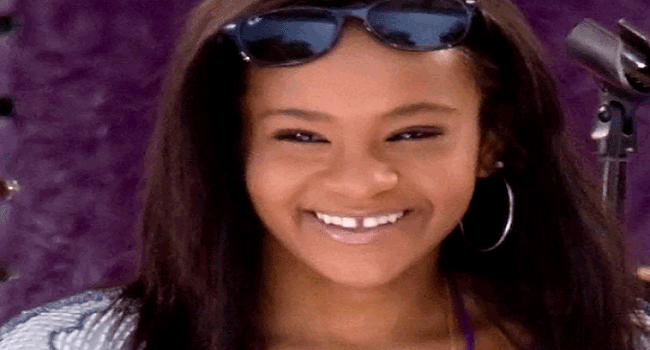 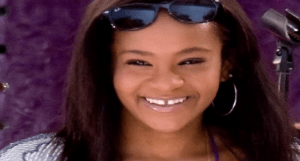 Bobbi Kristina Brown, the only child of late singer Whitney Houston, died on Sunday at the age of 22, some six months after suffering irreversible brain damage in an incident at her suburban Atlanta home, her family said in a statement.

Brown, whose father is R&B singer Bobby Brown, was found face down and unresponsive in a bathtub in her home by her partner and a friend on January 31. She was moved by her family to hospice care on June 24.

“She is finally at peace in the arms of God,” her family said. “We want to again thank everyone for their tremendous amount of love and support during these last few months.”

As news of her death became public, media crews and some fans gathered on a darkened cul de sac in the Atlanta suburb of Duluth, where ornate street lamps illuminated the ivy-covered brick nursing home where Brown died.

“We just wanted to show our respect,” said Ali Joyner, 15, who persuaded her mum and a neighbour to drive the 20 miles from their home in Dacula, Ga. “I just loved her mum, Whitney. And Bobbi is part of that.”

Her death came three years after her Grammy-winning mother, who had battled substance abuse, drowned in a bathtub in a Beverly Hills hotel at age 48. Authorities said cocaine abuse and heart disease contributed to Houston’s February 11, 2012 death.

A $10 million civil lawsuit filed last month accuses Bobbi Kristina Brown’s partner, Nick Gordon, of causing her life-threatening injuries and of stealing from her bank account while she was in a coma. No one has been charged in the case.

Bobbi Kristina Brown was an aspiring singer who began performing with her mother as early as 1999, singing duets of “My Love is Your Love.” In 2003 they recorded another duet of “Little Drummer Boy” for a holiday album.

Her father is a Grammy Award winner who started his career as frontman for the R&B group New Edition.

Houston and Bobby Brown both struggled with substance abuse and divorced when their daughter was 14. Houston described their 15-year marriage, which ended in 2007, as drug- and alcohol-fueled.

The couple’s tempestuous relationship and often erratic behavior was chronicled in the short-lived television series, “Being Bobby Brown.”

Bobbi Kristina Brown was hospitalized twice with anxiety after her mother’s death.

In 2012 she starred on Lifetime’s reality TV show, “The Houstons: On Our Own,” in which Houston’s family struggled to recover from the famous singer’s death. The same year Bobbi Kristina Brown guest-starred on “For Better or Worse,” a television series about a married couple. 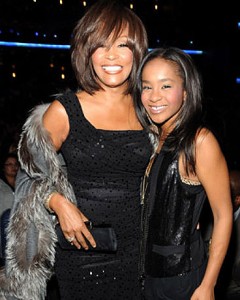 Cissy Houston, mother of late singer Whitney Houston and grandmother of Bobbi Kristina has revealed that the 22- year old’s medical condition has not improved as indicated by her father, singer Bobby Brown.

In an interview with U.S. based People magazine, the 81-year-old woman said: “I have just returned from visiting my granddaughter Bobbi Kristina in the hospital and while she is no longer in a medically induced coma, she has tracheotomy and according to the doctors she has global and irreversible brain damage and remains unresponsive.

“Meeting with the doctors and understanding that she can live in this condition for a lifetime truly saddens me, We can only trust in God for a miracle at this time. Keep us in your prayers”.

Trouble began in January when Bobbi was found unconscious in her bathtub, at her home in Atlanta.