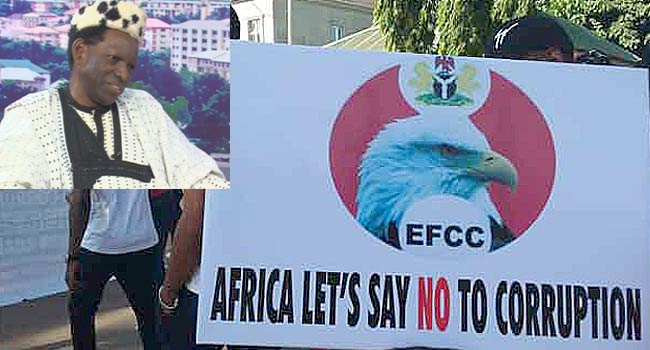 A member of African Union (AU) Advisory Board on anti-corruption, Alhaji Isa Salami has decried what he described as ‘underfunding’ of anti-corruption agencies.

Salami, who disclosed this in an interview on Channels Television’s Programme, Sunrise Daily, stressed the need for a collaborative effort from various stakeholders to successfully tackle corruption.

According to him, underfunding of anti-corruption agencies is not only a problem in Nigeria but in Africa as a whole.

“It’s not only in Nigeria but the whole of Africa. They are not sufficiently funded. They are underfunded. There are some critics who believe that it is a deliberate act.

“They believe that African government wants to be seen fighting corruption because it is fashionable to be doing so, but in effect, they don’t really want it to succeed.

Salami who is also a former member of the Independent Corrupt Practices Commission (ICPC) added that anti-corruption establishments in the country should be allowed to operate independently without interference from other bodies.

He said the fight against corruption in Nigeria is not the responsibility of government alone. “The anti-corruption institutions must be allowed to operate and they must operate independently so that it is systemic and does not depend on the faces of the person in power,” he said.

Active participation and collaboration of all and sundry is important, he said, adding that, “there is the need to involve stakeholders and discuss with them.”