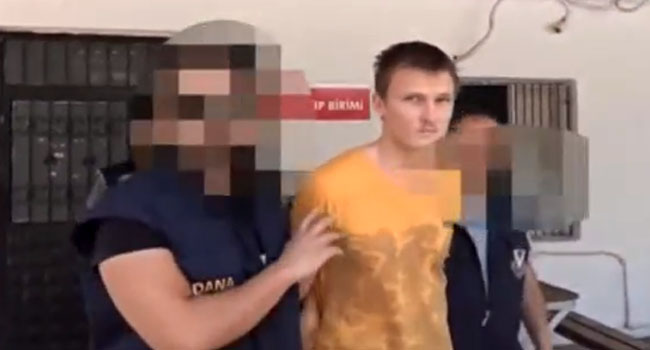 Turkish authorities have detained a suspected Islamic State militant of Russian origin after he allegedly planned to sabotage a U.S. plane at the Incirlik air base, Dogan News Agency said on Thursday.

Dogan, citing security officials, said Russian national Renat Bakiev was detained after police surveillance showed him scouting the southern city of Adana, where the base is located, with the aim of launching an attack.

Bakiev told authorities that he was a member of Islamic State, and planned to use a drone to bring down a U.S. plane and carry out an attack against U.S. nationals, Dogan said.

Authorities said he had also scouted an association of the Alevi religious minority in Adana. He described Alevis as “enemies of Allah”, and criticised President Tayyip Erdogan while being interrogated, Dogan said.

Turkey has been a partner in the U.S.-led coalition against Islamic State forces, providing the coalition with access to Incirlik air base to wage strikes against the militants. 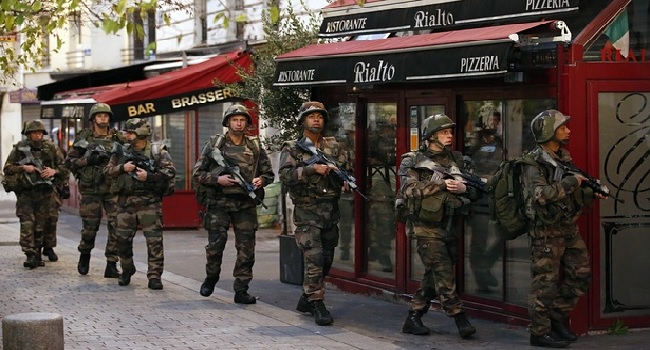 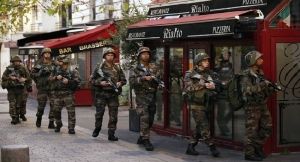 French prosecutor says two persons have died including a suicide bomber in a raid of a flat at a scene of a police standoff in Saint Denis,  following Friday’s attacks in Paris.

Three men have also been taken into custody by special forces and a man and woman have been arrested close to the St Denis flat.

Among those arrested by police is the possible owner of the apartment where the suspects are believed to have been holed up in Saint-Denis, AFP reports.

The man, who was not named, said he provided accommodation for two people in the apartment at 8 Rue du Corbillon after a friend asked him to do so. She told him they came from Belgium and needed a place to stay.

The target of police action in the Paris suburb of St Denis is the Islamic State militant, Abdelhamid Abaaoud, who was initially thought to have orchestrated the Paris attacks from Syria, police and justice sources said.

French media also reported that at least two people had been killed. There are also reports of a woman who detonated a suicide belt.

People living in or near St Denis have been subjected to rigorous security checks, as the operation in the suburb continues. The area itself has been sealed by the military.

Shops and schools have also been closed and transport was suspended.

Police, however, said that they believe the suspected mastermind of last week’s attacks, Abaaoud, is holed up in an apartment in Saint Denis, along with up to five other heavily armed people.

The official, nonetheless, said that scores of police, who stormed the building early on Wednesday were met with unexpectedly violent resistance.

Reinforcements were summoned and several people were injured.

Abaaoud is thought to be in Syria now with the Islamic State (ISIS) group.

The 27-year-old, grew up in Molenbeek, a district of Brussels known for its many Arab immigrants, blighted by high unemployment and overcrowded housing.

He is an associate of Salah Abdeslam, who is on the run and whose brother Brahim, blew himself up in Paris. 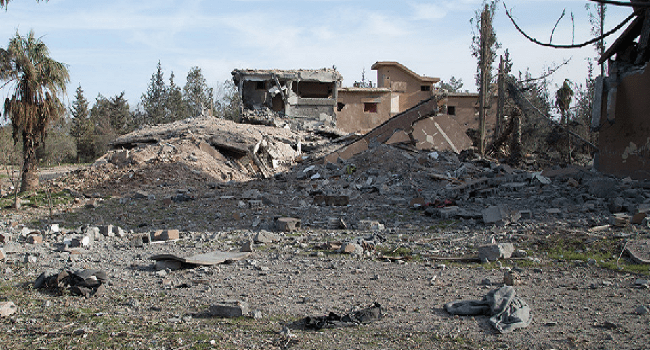 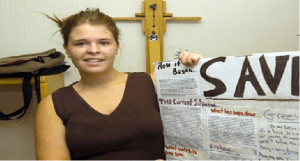