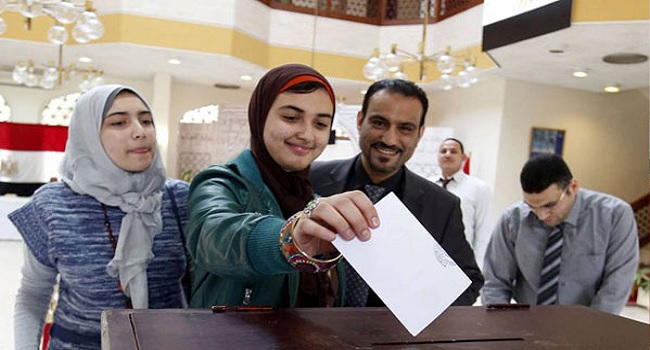 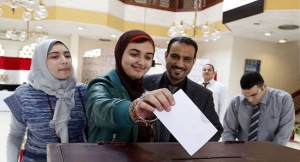 The first round of long-delayed elections to choose a new parliament have opened in Egypt.

The elections  are the first parliamentary polls since the previous chamber was dissolved by a court ruling in 2012.

The authorities described the election as the final step in a transition to democracy.

Critics, however, said that most of the candidates are supporters of President Abdul Fattah al-Sisi and the new parliament is likely to strengthen his control.

Mr Morsi’s party, the Muslim brotherhood, won about half the seats in the last parliament, but it has been banned and its leaders are in jail with some facing death sentences.

Election results after two rounds of voting, are not expected to be known until early December.

Voters are choosing 596 members for the lower house of  the House of Representatives.

The elections are being held amid heavy security, as the country had witnessed several attacks carried out by militants loyal to the Islamic State group over the past years.

At least 185,000 soldiers and 180,00 police personnel had been deployed to polling booths across the country. 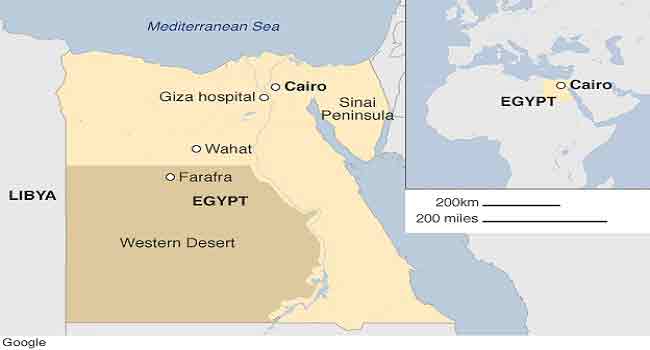 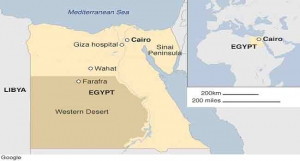 Security forces in Egypt have mistakenly killed 12 people, including Mexican tourists, during an anti-terror operation.

The death has been described as unfortunate.

The Interior Ministry confirmed that the tourists were travelling in four vehicles that entered a restricted zone in the Wahat area of the Western Desert.

Ten Mexicans and Egyptians were also injured and are being treated in a local hospital.

Attacks on army and police, mainly in the Sinai Peninsula, have escalated since Islamist President, Mohammed Morsi was ousted in 2013.

Mexico’s President, Enrique Pena Nieto, has condemned the incident and has “demanded an exhaustive investigation by the Egyptian government”.

The Mexican Foreign Ministry confirmed that at least two of its nationals had been killed and it is currently working on confirming the identities of the other victims.

A bomb blast tore through a police compound in Egypt’s Nile Delta on Tuesday, killing 12 people and wounding 134 in one of the deadliest attacks since the army deposed Islamist President Mohamed Mursi in July.

The army-backed government vowed to fight “black terrorism”, saying the blast an hour after midnight in the city of Mansoura north of Cairo would not derail a political transition plan whose next step is a January referendum on a new constitution.

With eight policemen among the dead, the blast pointed to the risk of militancy moving to the densely populated Nile Valley from the Sinai Peninsula, where attacks have killed some 200 members of the security forces since Mursi’s downfall.

“We face an enemy that has no religion or nation,” Interior Minister Mohamed Ibrahim, the survivor of an assassination attempt in September, said while inspecting the scene of the blast, an Interior Ministry statement said.

The military-backed presidency declared it a terrorist attack. “These type of operations only increase the state’s determination to uproot terrorism across the country,” it said in a statement published by state-run media.

Egypt has suffered the deadliest internal strife in its modern history since the army deposed Mursi, the nation’s first freely elected leader, on July 3 after big protests against him.

Tuesday’s bombing prompted a cabinet statement declaring Mursi’s Muslim Brotherhood a “terrorist organization”, though the bulletin carried by the state news agency did not explicitly accuse the group of staging the attack.

The Brotherhood condemned the blast, saying it was “an attack on the unity of the Egyptian people”. Ibrahim said the police were investigating exactly how it had been staged.

State television showed the security building with shattered windows and one wall partially collapsed, and a bulldozer removing rubble in the street in front of it. A security source said the blast may have been caused by a car bomb.

Sinai has been the site of most major attacks since Mursi’s ouster. A car bomb killed 10 soldiers in November and militants killed 24 policemen in an ambush in August.

Many of the Sinai attacks have been claimed by a group called Ansar Bayt al-Maqdis, “Supporters of Jerusalem”. It also said it was behind the failed assassination attempt on Ibrahim in Cairo in September. Small-scale attacks occur almost daily.

There have also been lethal attacks on security forces in the Nile Delta, though nothing on the scale of Tuesday’s blast.

Witnesses in Mansoura said many cars inside and outside the security compound were burned out and the entire city was in chaos as people hurried to hospitals to check on victims.

Egypt’s Nile News TV cut into its late-night programming to urge people to go to hospitals to donate blood to the victims.

The government has accused the Brotherhood of turning to violence – charges the group denies. Last week, the public prosecutor ordered Mursi and other Brotherhood leaders to stand trial in two separate terrorist cases.