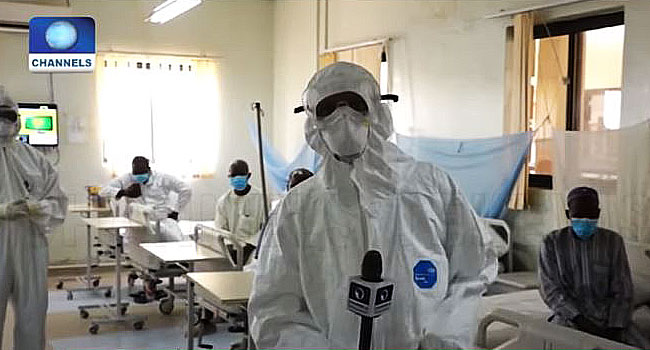 According to our correspondent, some of the patients were in high spirits as they gradually recover from the disease and await their discharge from the 80-bed capacity isolation center.

Despite the rapid spread of the virus in the state, many have remained in doubt as to whether it really exists.

Since then, the figures continued to rise rapidly making the state the second-highest in terms of the number of infections, with 970 positive cases.

So far in the state, over 4,000 samples have been tested and from the 970 positive cases, 639 are active, while 286 patients have been discharged from various isolation centers.

45 deaths have, however, been recorded.

Meanwhile, the state government says it is still investigating to know the cause of other recent ‘mysterious deaths’ across the state. 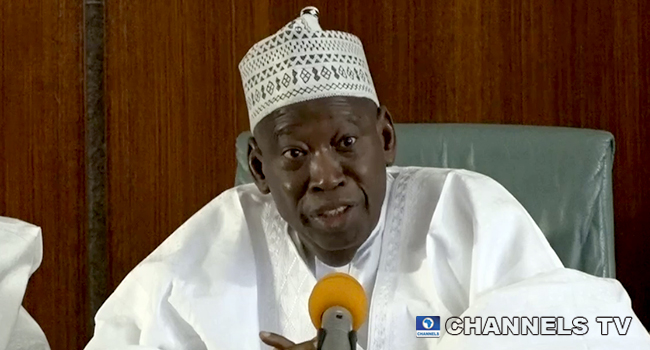 This was disclosed in a statement issued by the Information Officer in the state’s Ministry of Health, Hadiza M. Namadi on Tuesday in reaction to a viral video which appeared to be buttressing the claim.

The state government, however, described the claims as “false, mischievous, unfounded and a handiwork of some disgruntled, misguided and unpatriotic elements aimed at rubbishing the dogged, committed and sincere efforts of Governor Abdullahi Umar Ganduje towards containing the spread of the pandemic in Kano”.

“The state Commissioner of Health, Dr. Aminu Ibrahim Tsanyawa, against the backdrop therefore, wishes to inform the general public that Kano state government has four isolation centers that are fully functional and well equipped and three more that are nearing completion,” the statement read in part.

It also noted that patients are being admitted into some of these centers, treated and discharged after full recovery from the coronavirus disease.

According to the Commissioner,  the Kwanar Dawaki Isolation Center is for patients with critical condition, such as those in need of ventilators.

Other Isolation Centres include the Mohammad Buhari Specialist Hospital Giginyu, Abubakar Imam Urology Centre set up by the state government in collaboration with Aliko Dangote Foundation and the isolation centre at Daula Hotel.

He, therefore, urged the public to disregard the content of the viral video, insisting that it is fake news and very misleading.