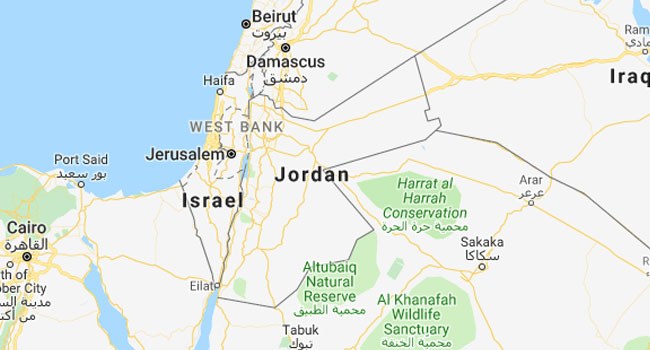 It summoned envoy Amir Weissbrod to voice its “condemnation and rejection of Israeli violations” at the highly sensitive site, where Israeli security forces clashed with Palestinian worshippers last week.

Jordan, the only Arab country apart from Egypt to have a peace agreement with the Jewish state, supervises Islamic holy sites in Jerusalem. 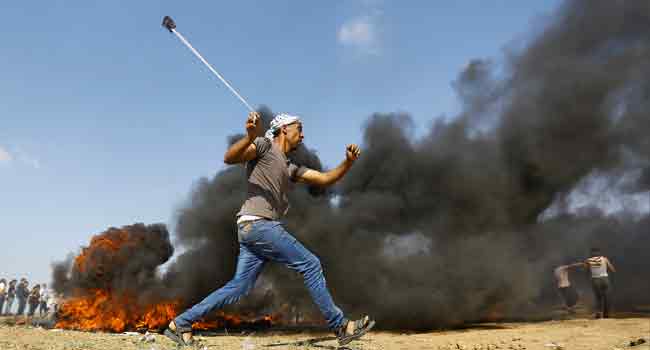 Turkey on Tuesday told the Israeli ambassador to temporarily leave after Ankara reacted with outrage to the killing of dozens of Palestinians by Israeli troops on the Gaza border, in the worst crisis since a 2016 reconciliation deal.

The official said that this was also in line with Turkey recalling its ambassador to Tel Aviv for consultations.

Naeh had been in his post only since December 2016 after a reconciliation deal earlier that year ended a dispute over the May 2010 deadly storming of a Turkish ship by Israeli commandos that saw ties downgraded for over half a decade.

That deal was strongly backed by the United States, which was keen to see Israelmake up with one of its very few key Muslim partners.

Ankara has reacted with fury to the killing on Monday of 60 Palestinians in clashes and protests, on the same day as the US formally moved its embassy in Israel to Jerusalem from Tel Aviv.

President Recep Tayyip Erdogan, currently on a visit to Britain, had on Monday stepped up his rhetoric, accusing Israel of “state terror” and “genocide” over the killings.

Prime Minister Benjamin Netanyahu then hit back at Erdogan, saying that as a leading supporter of Palestinian Islamist group Hamas “there’s no doubt he’s an expert on terror and slaughter.”

While Turkey under Erdogan has never completely severed ties with Israel, the Turkish strongman has also never shied away from the strongest criticism.

He famously walked out of a January 2009 debate in Davos with then Israeli president Shimon Peres, complaining he was not given enough time to respond and repeatedly saying “one minute”.

Turkey on Tuesday began observing three days national mourning declared by Erdogan for the Palestinian dead, with flags flying at half mast and cultural events cancelled.

Prime Minister Binali Yildirim had earlier urged Islamic countries to review their ties with Israel and said Ankara was calling an extraordinary summit of the world’s main pan-Islamic body, the Organisation of Islamic Cooperation (OIC), on Friday.

“The Islamic world should move as one, with one voice, against this massacre,” he added.

Cavusoglu held telephone talks with around a dozen counterparts from the Islamic world.

Erdogan regards himself as a champion of the Palestinian cause and last year hosted an OIC summit in Istanbul to denounce US President Donald Trump’s decision to recognise Jerusalem as Israel‘s capital.

The summit declared East Jerusalem — which the international community regards as annexed by Israel — “as the capital of the State of Palestine” and urged the world to follow suit.

Yildirim said that after the summit at 3:00 pm (1200 GMT) a giant rally would be held at the vast Yenikapi meeting area in Istanbul under the slogan of “Stop the Oppression” to express solidarity with the Palestinians.

Hundreds of people also held protests for a second day in Istanbul and Ankara against Israel‘s actions with slogans including “Jerusalem is the capital of Palestine”, AFP correspondents said.

The demonstrations in Turkey passed off peacefully, although one man was arrested in Ankara for throwing eggs and stones at the residence of the Israeli ambassador.

In Istanbul, demonstrators held placards with the slogan “the world is bigger than five”, in reference to Erdogan’s repeated complaints about the power of the UN Security Council. 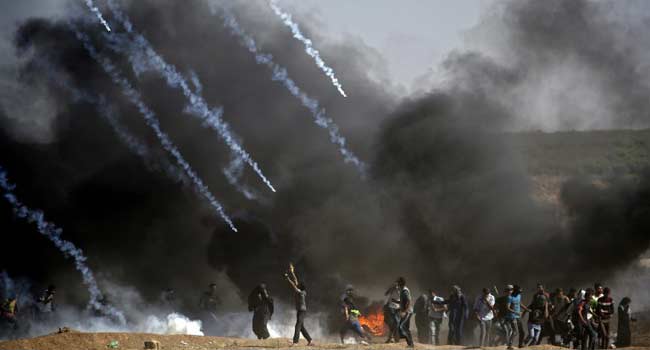 Ireland summoned Israel’s ambassador to Dublin Zeev Boker on Tuesday to protest after Israeli forces killed 59 Palestinians during clashes along the Gaza border over the US embassy opening in Jerusalem.

Foreign Minister Simon Coveney “summoned the Israeli ambassador to Ireland… to express Ireland’s shock and dismay at the level of death and injury yesterday on the Gaza Strip,” the ministry said in a statement.

Coveney also asked for “restraint from Israel in the hours and days ahead,” the foreign ministry said.

“The ambassador has been informed of Irish demands for an independent international investigation into yesterday’s deaths led by the UN,” it added.

The ministry said Irish officials in Ramallah reported that health services in Gaza, already stretched because of a lack of equipment and essential medicines, were “overwhelmed with the level of casualties”.

“As well as the death and mass injury, Ireland is also very disturbed by the injuries suffered by health workers as reported by the WHO (World Health Organization),” the statement said.

It said there were 211 recorded attacks against health workers in Gaza and 25 ambulances had been damaged.

President Goodluck Jonathan says Nigeria’s Armed Forces and security agencies will sustain and intensify ongoing operations against insurgents in the north-east to achieve significantly improved security there ahead of the 2015 general elections.

At a meeting with the Israeli Ambassador to Nigeria, Mr Uriel Palti, President Jonathan said Nigeria would also continue to work with neighbouring countries for the effective implementation of the regional security arrangements which were recently concluded to enhance multilateral cooperation against extremism, terrorism, insurgency and other cross-border crimes.

The President told the Israeli Ambassador that the Federal Government was actively and progressively enhancing the ability of Nigeria’s Armed Forces and security agencies to deal decisively with terrorists and insurgents.

President Jonathan added that the positive effects of steps taken by his administration in this regard would become increasingly apparent very soon.